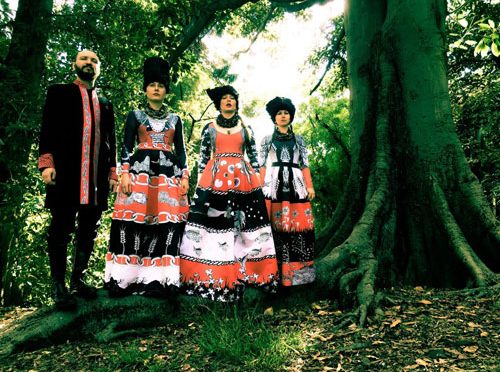 The Vancouver Folk Music Festival revealed this week the music artists set to perform at its 41st Annual festival. The festival will take place July 13-15, 2018 at Jericho Beach Park, Vancouver, BC. The program includes traditional and contemporary folk, world and roots music artists.

Debbi Lynn Salmonsen, the new The Vancouver Folk Music Festival Artistic Director has invited artists from across North America and around the world to come perform. Salmonsen says: “This year, I‘m pleased that we have an equal number of women artists playing as men.

“Along with well-known Canadian and US artists like Neko Case, Rodney Crowell, Ry and Joachim Cooder, James McMurtry, Carole Pope, Ranky Tanky, Steve Riley and the Mamou Playboys, The Dead South, Darlingside and Three Women and the Truth, there are many incredible Vancouver and other Canadian artists we’re excited to have people hear: Art Bergmann, Mariel Buckley, Kacy & Clayton, Martin Kerr, Little Miss Higgins, Petunia & the Vipers, Skye Wallace and Donovan Woods among them.”

The full program is available at www.thefestival.bc.ca. 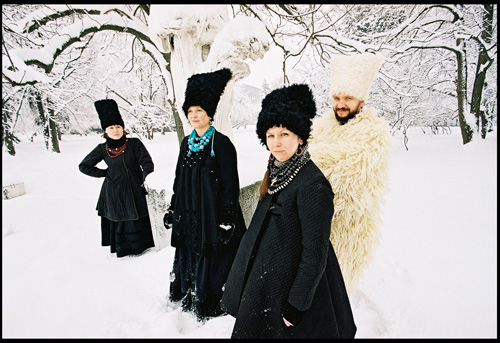 World Culture Open and World Music Shanghai have joined forces with Cambodian Living Arts to bring world music performances to the public in China, South Korea, and for the very first time, Cambodia. From September 23 to November 11, a music carnival will unite all three countries in a series of world music festivals that are free and open to the public: World Music Shanghai in China, REPfest in Cambodia, and Better Together Concert in South Korea.

World Music Shanghai celebrates its 10th edition this year from September 23 to Oct 7, presenting world music experiences to audiences in Shanghai, Wuhan, Chongqing and Foshan cities through music sharing, creation, and beyond in public urban spaces.

With 24 acts and musicians from over 25 regions around the world, audiences will be able to enjoy a series of performances by eclectic artists such as Chinese pingtan singer and storyteller Gao Bowen, acoustic quartet DakhaBrakha from Ukraine, Somalian vocalist Sahra Halgan, Arabic music ensemble Tarabband from Sweden, and more. In addition to performances, the festival also offers experiential activities, where educational and family-oriented workshop that promise a fully immersive world music experience.

The festivities continue from October 27-29 in Siem Reap, home of Angkor Wat and center for living heritage in Cambodia, in the form of REPfest; an international festival dedicated to World Music, drawing artists from around Cambodia, Vietnam, Laos, Myanmar, and Japan for three days of performances, workshops and forums.

Artists of diverse styles and backgrounds from will gather to share their experiences and skills, and sow the seeds for future collaboration in the region. In addition to showcases and performances, there will also be workshops where artists can learn from each other and engage with the audience on a more personal level. The full lineup will be announced on September 27 and made available on Cambodian Living Arts’ website.

Song Seng, CLA’s Heritage Hub Manager, said “REPfest is a great chance to bring together artists and audiences from the Mekong region, so people can get to know each other, explore our shared heritage, and continue our stories together. Siem Reap’s temples, its status as the birthplace of Cambodian culture remind us of the thread between generations – our music, arts and culture came from generations past, and now it’s the role of artists today to build on this, create new work, and keep our culture alive and relevant for future generations.”

Besides China and Cambodia, audiences in Korea too will enjoy access to world music performances this fall. Inspired by the success of the Jeju World Music Oreum Festival in Jeju last October, World Culture Open is bringing another world music delight to Korea this year: Better Together Concert.

As part of World Culture Open 2017, a creative gathering of global changemakers, the Better Together Concert will be held on November 10-12 at the revitalized Old Tobacco Factory in the historic city of Cheongju.

Dedicated at large to the theme of empathy, Better Together Concert will present music and artistic performances that celebrate cultural diversity and togetherness. Artists that will be taking audiences into a creative wonderland together include prominent Rwandan singer-songwriter Jean Paul Samputu, Israeli acoustic band Gulaza specializing in Yemenite Women Songs, and the world-renowned U.S. vertical ballet troupe Bandaloop.

“It truly is an exciting collaboration. We have grown from two countries last year to three Asian nations today, and we look forward to having more countries and regions join in, and inspiring more international collaborations in the years to come,” says Kseniya Tsoy, from Connect&Collaborate at World Culture Open. “We hope the festivals will allow more and more people to connect with themselves and with one another, as music truly is humanity’s common language, connecting us beyond borders and spoken languages. Aesthetically beautiful and socially interactive, music is one of the most engaging and accessible ways to connect to our shared humanity, and such an amazing way to learn about new cultures.”

All three events are non-profit initiatives free and open to the public, and are committed to providing space for cultural exchange through music. The partners endeavor to grow this joint initiative into one of monumental influence in Asia, where the public can enjoy free and open access to world music performances and workshops, and audiences and musicians alike can discover new cultures in an engaging and enriching journey together.

Duke Performances revealed the world music programming (under the category International) for the 2016/2017 season. The world music shows include sitar maestra Anoushka Shankar with a six-piece Indian classical ensemble playing an evening of Indian music in tribute to her father, Ravi Shankar.

American dobro virtuoso Jerry Douglas will perform classic bluegrass with his all-star group The Earls of Leicester. The group honors Lester Flatt and Earl Scruggs of the Foggy Mountain Boys.

Tickets and more details at http://www.dukeperformances.org

On the first night, (May 20) the group will present music from DhakaBrakha’s critically acclaimed recorded catalog, including their 2014 CD, Na Mezhi and their more recent digital release Light, as well as new music not previously performed in New York City.

The second evening (May 21) DakhaBrakha will provide the live musical score to a screening of the legendary 1930 Ukrainian silent film masterpiece, Earth. Directed by Oleksandr Dovzhenko, Earth-which captures a moment in time when traditional rural life in Ukraine was about to undergo massive upheaval as a result of overwhelming political forces-was named one of the top 10 greatest films of all time by the International Film Critics Symposium.