Danny’s dedication to the double bass has given him a rich tapestry of musical knowledge, which meant that he was in a unique position to record this collection of exquisite and versatile loops and samples for you to use in your musical productions, royalty free. The collection features Danny’s inimitable playing style and sound throughout – a much sought after commodity.

Danny has recorded this collection with his bass, Victoria, which was made by the French maker Gand in 1865. For Danny she is invaluable and will never be out of his life. "Yeah, my absolute beloved. I’ve tried other instruments but we come as a pair, a partnership. I know every crack, every splinter on her body." Danny and Victoria were recorded using Neumann U47 and KM84 microphones, through a Focusrite IS A430 Mic-pre and a RCA Valve mic-pre. A little of the pickup sound was mixed in – just for seasoning and some very subtle compression was added using a Neve 33609 and a little EQ from a Neve 1073.

There are 374 loops and phrases in Acid Wav, Apple Loops and REX formats (also regular WAVS). These cover ten different tempos ranging from 70 – 160bpm. Included are lyrical phrases, a wide range of bass lines, walking parts, glisses and slides, plus some bowed bass parts and there is even a separate bank of 23 slides and FX! For those who like to program their own parts there are 3 patches for nearly all soft sampler formats which use 125 full length samples: a multi patch of Danny’s bass which features 4 velocity layers, a multi patch of slides & FX and a multi of the bowed bass.

Featuring a large array of tribal/ethnic music loops in construction-style format, ModernBeats releases "Tribal Xplosion Loops 1". This melodic construction style loopset delivers 310+ loops derived from 26 multi-track construction loop themes. Each of the 26 multi-track themes provides layered performances of ethnic & urban instruments where each layer is separated into its own instrument loop file. Plus, all loops mix-match seamlessly together, allowing users to create hundreds of original multi-track music combinations with ease.

Packed with 23 rare ethnic instruments from around the world plus bonus conventional instruments, ‘Tribal Xplosion’ offers users a healthy dose of music loops modeled in the styles of music producers such as Timbaland, Darkchild, Neptunes, Scott Storch, Dre, Bloodshy & Avant, and more. A full list of instruments includes:

The loop library features a sample accurate acidized WAV format for use with Acid Pro and all WAV format supporting music software. Tribal
Xplosion Loops is offered as a download, priced at just $39.95.

The set comes in Wav and Rex for drum loops formats. There is also a ’boutBeats Bonus Folder containing 20 Speaker Smashing Drum Loops. This pack has been aimed at the dance floor jump up, techstep, jungle and wobble heads which need high quality breaks, bass and everything else every time they get in the studio.

"We created this pack as we where fed of getting poor quality half assed sample packs which where well below par, check this pack out and you will see that we have put everything into it," says the company press release. 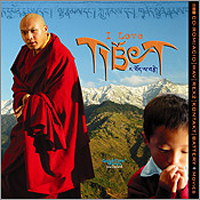 I Love Tibet (Discovery Sound, 2008) is a classy collection of Tibetan samples with a specially included movie. The faithful performances of sacred instruments & voices. In the Tibet Autonomous Region under the occupation of China, extreme human rights violations have continued, and their traditional Buddhist music is also in peril to disappear. Soon after his arrival in India in 1959, Dalai Lama re-organized the Tibetan Government-in-Exile, and their tradition and culture are still maintained by many Tibetan exiles settled in the town.

To record the genuine Tibetan samples on this library, Discovery Sound visited the refugee settlement under the Tibetan Government-in-Exile located in Dharamsala, Northern India.

Users will enjoy the instrumental performances included as a special movie as well as the live performance by monks in a temple on the disc.

The collection is available from www.discoverysound.com/en/DFSD700.

A new DVD-Rom about the Japanese koto is now available. The new release, titled Koto, was recorded with the player facing the koto using the correct posture and emotional display to achieve the high quality 96 kHz/24bit sound. You can hear many basic play techniques such as types of chalking, finger slides, pizzicato, and arpeggios all inside 1023 file.

The koto is not only used in traditional music, but also modern day composers have also used the instrument in collaboration with orchestras since the early 1900’s. The koto captures the pure sound of Japan. It was used in old Japanese court music to sooth the body. It has also been said that this instrument could purify you mind, body, and soul.

Its 13 strings bring elegant and spiritual sounds that mimic stillness and motion as does the 4 seasons of Japan.

The DVD-ROM is available from www.discoverysound.com/en/DFSD720/

Of the latest batch of Sony Sound Series collection of loops and samples, Richard Devine’s The Electronic Music Manuscript really stands out. Despite the title, the impressive collection includes not only electronic instruments, but also ethnic instruments, which makes it specially attractive to global electronica musicians, who want to add fabulous loops to their sampling collections. The ethnic instruments include didjeridu, bells, drums, flutes and congas.

Of course, most of the sounds in this two-CD set are electronic in nature. The set features a wide range of inspiring sounds such as prepared piano, strange ambiences, EVP Shortwave recordings, drum loops, strings and pads pads,  and lots more.

Richard Devine is renowned musicians, sound researcher and experimentalist, who has remixed artists such as Aphex Twin. He has also made scores for film, TV and video games. "The basis for the sound library itself was to create a wide variety of unique sounds that would be useful for many different applications,’ says Devine. "Say you wanted a full electronic composition, or maybe you just wanted to sprinkle certain elements in, whether they’re dynamic or textured or droney. I’m really about doing gestural things for sound, where you have these cool LEGO pieces that you can assemble together to make something new."

The outstanding collection comes with two videos where you can see what Devine’s remarkable studio looks like.

More about the sound library: The Electronic Music Manuscript: A Richard Devine Collection

The Rondo Brothers are masters of trip-hop, an electronica genre that lends itself well to be combined with world elements. On their latest loop collection, Seven Minutes To Midnight: Trip-Hop Loops & Samples, Jim Greer and Brandon Arnovick provide 581 captivating royalty-free WAV file loops.

The loop collection is divided into 17 songs, with melodies performed on guitars, electronic keyboards and other instruments,  inspired by pop, rock and world sounds.

Based in San Francisco, The Rondo Brothers was formed in 2003. In 2006 the Rondos’ contribued to a remix by Dan The Automator (Gorillaz, Deltron 3030), and a New York Dolls remix for their 2006 release on Roadrunner Records. They also worked with producer Dan The Automator on Deltron 3030, Galactic’s Ruckus, Handsome Boy Modeling School, and Head Automatica.

A lounge remix of Ella Fitzergald’s "Beginning To See The Light" was included on several remix compilations, and the Rondos collaborated with legendary keyboardist Bernie Worrell (Talking Heads, Parliament) on a remix record for Bay Area jam band Vinyl.

Seven Minutes to Midnight is their most recent CD release.

Parthenon Huxley is a well-known electric guitarist and producer who worked for many years in the Chapel Hill and Los Angeles music scenes. For the sessions, Huxley worked with three other musicians wh also have their own collections of loops: drummer Siggi Baldursson, bassist Tony Franklin and keyboardist Matt Fink. "We used a Matchless Chieftain, which is a 2X12. and what we love about the Matchless is the transparency of it and the clean signal. It doesn’t color what you get bock, " explains Huxley in the liner notes. "When you plug a Les Paul In, it sounds like a Les Paul. When we did the Telecaster, it sounded like a Telecaster. We had a Shure SM57 shoved up against the grill, off-center of one speaker but on axis.

We also had a RØDE NTK cardioid tube microphone about 24 inches from the center of the other speaker. The RØDE mic was run through a Focusrite pre-amp and compressor, while the SM57 went through a Summit Audio TPA-200A tube pre-amp, and a Summit Audio DCL200 tube compressor. The outputs of the compressors went directly into the ProTools interface, but the sessions were recorded in Digital Performer.

I used a late ’70s Telecaster, a Gretsch Anniversary semi-hollow body, a ’70s Strat, a ’78 GIbson Les Paul, and my "new but looks old" Gibson SG. (Laughs) I wanted to use all the classic guitars. We also used a Mesa Boogie V-Twin distortion pedal with a tube pre. The Les Paul through that thing had the creamiest, most wonderful tone. I kept going back to that. We did all the other guitars as well, but the Les Paul through the Mesa Boogie through the Matchless was pretty awesome. I did parallel lines with a lot of Tony’s bass riffs, which will be a fun thing for people to discover."

Six-String Orchestra includes two discs with 831 original royalty-free loops and liner notes that feature an interview with Huxley about the recording.

Get the collection from sonycreativesoftware.com.

&The samples included on Gabi Masso Oriental String Sessions Vol. 1-3 are high quality Middle Eastern string arrangements performed by top Turkish session players. The string fest consists of 11 violins, 3 violas and a cello recorded together in 24-bit stereo. Gabi Masso is is originally from Syria but he has lived in Sweden most of his life. He composed the captivating music played in the ‘Gabi Masso Oriental String Ensemble Sessions’.The impressive collection features over 420 loops, including Middle Eastern rhythms such as baladi saidy and wehda. The set includes both acid and apple loops.

Gabi Masso Oriental String Sessions Vol. 1-3 is available for immediate download for $119 direct from www.powerfx.com. Individual volumes are available at $49 each

Kong Audio has released Matouqin.  Matouqin (horse-headed fiddle, a.k.a. morin khuur), as one of the precious legacies of the Mongolian people, has been heartily embraced by Chinese musicians today as a vital musical element. Its unique sound character complements other classical Chinese instruments in a way like no others.

Matouqin will most likely gain a huge world-wide momentum in the not-too-distant future. According to news, a famous Matouqin musician will be featured in the opening ceremony of Beijing Olympics.

Matouqin is believed to be originated from the nomadic people during the Tang Dynasty (7th – 10th centuries), and became widely known circa Genghis Khan’s reign. Nowadays, like many other Mongolian legacies, Matouqin has become an essential part of Chinese music.

Besides the horse-headed pegbox, Matouqin is very recognizable for its unusual playing techniques and styles. Kong’s production approached Matouqin in pursuit of the indigenous flavor instead of the more Westernized style, and by delivering that flavor to its users, everyone now has a chance to express in the most authentic and original Mongolian flavor easily.

Kong Audio plugins have always been highly praised for the playability, detailed sampling, and the meticulously interwoven
samplesets filled with various expressions. With superior knowlege about the real physical instrument, Matouqin VSTi provides
composers and musicians with an extremely playable and authentic plugin.