On Friday, January 24, 2020, two of the finest groups from Quebec, Le Vent du Nord and De Temps Antan, will perform together in Zankel Hall. The show called QuebecFest! will present the traditional and contemporary dance tunes of French-Canadian culture. The groups use hurdy-gurdy, jaw harp, guitar, and accordion along with richly harmonized songs and instrumentals.

Le Vent du Nord and De Temps Antan got together in 2016 and have performed traditional Quebec folk music throughout Quebec, the United States, France and Switzerland, and at the Royal Glasgow Concert Hall. In 2018, the two bands released a joint album titled
Notre Album Solo that was awarded Album of the Year—Traditional at the Quebec Association for the Recording, Concert and Video Industries (ADISQ). 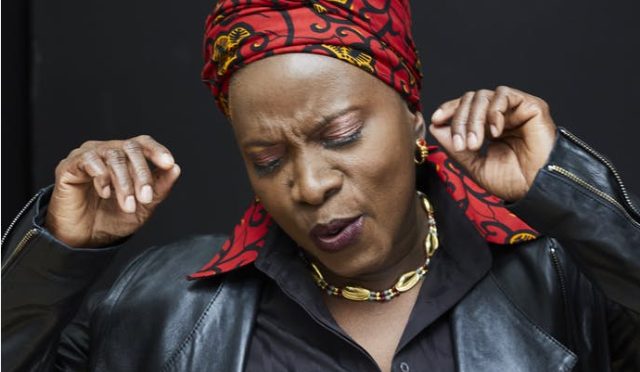 Celebrated Beninese singer Angélique Kidjo will map the voyage of African music and culture around the world throughout her Perspectives series. The series will begin with a program on October 19 in Zankel Hall that features Benin International Musical, a fast-rising ensemble that fuses rock, hip-hop and electronica with traditional music of Benin.

Her series continues with Diaspora Songs, on December 6 observing the effect that African music has had on the international music scene, led by musical director Terence Blanchard featuring The E-Collective and special guests to be announced.

On December 13, Ms. Kidjo will be honored by longtime friend and guitarist Lionel Loueke and his trio in a concert that both celebrates and reinvents many of her beloved songs.

Ms. Kidjo’s Perspectives concludes on March 14, 2020 with Daughter of Independence, a special celebration of her 60th birthday that also honors the anniversary of independence of her native Benin and other West African nations. She will be joined by a cast of stellar guests.

The Milk Carton Kids will present their harmonized vocals reminiscent of the Everly Brothers and Simon & Garfunkel to Zankel Hall on November 1 as part of Rosanne Cash’s annual series, American Byways. The folk duo will play songs from their fourth album, All the Things That I Did and All the Things That I Didn’t Do, which earned them a wave of critical praise and a 2018 Grammy nomination.

Rosanne Cash and Ry Cooder will come together for a rare joint performance of songs from Johnny Cash’s beloved songbook on November 2. After immediately selling out four dates at the SFJAZZ Center and presenting two additional performances at San Francisco’s War Memorial Opera House in 2018, the duo brings this highly anticipated concert to New York City for the first time.

Two broadly popular groups from Quebec, Le Vent du Nord & De Temps Antan, will come together on January 24 in Zankel Hall in a high-spirited celebration of traditional and contemporary dance tunes and ballads of French-Canadian culture.

All performances take place in Stern Auditorium/Perelman Stage unless otherwise noted. For ticket information call 212-247-7800 or go to carnegiehall.org.

Two of the greatest acts in the Quebecois music scene, Le Vent du Nord and De Temps Antan, got together to record Notre Album Solo (Our Solo Album). It’s a delightful collection of recreated traditional music from Quebec (Canada) along with new pieces and some Celtic music elements.

Notre Album Solo is a tribute to the Quebec traditional music revival that has been ongoing for the past decades. The two bands share tradition and family. Two members of each band have a brother in the other.

The CD booklet includes lyrics and song descriptions in French and English.

Éric Beaudry was first exposed to traditional Quebec music in Saint-Côme, a village in Quebec’s Lanaudière region. Raised by a family entrenched in music, he began singing and playing guitar at the age of 10.

In 1992, he founded La Galvaude, followed-up later by Ni Sarpe Ni Branche and Norouet. Éric’s passion for music also helped foster an interest in song, which led to several awards including a 2002 Prix Mnémo for his role in producing the album Musique gaspésienne, featuring violinist Édouard Richard.

In 2003, Éric became a member of acclaimed band La Bottine Souriante. Éric’s love of music also spurred a passion for enlightening others and, following the completion of a Bachelor of Arts in pop guitar and jazz, Éric began teaching traditional music at Joliette’s CEGEP régional de Lanaudière in 2002.

He is a member of De Temps Antan.

Since 2003, Éric Beaudry, André Brunet and Pierre-Luc Dupuis have been exploring and performing traditional music from Quebec.