Two of the finest guitarists from the Saharan region, Bombino and Vieux Farka Touré are set to perform on Sunday, October 13th at 8:00 p.m., at The ArtsCenter in Carrboro, North Carolina.

The “Sons of the Sahara” show is a unique collaboration in which Bombino (Niger) and Vieux Farka Touré (Mali) perform separately and together, electric and acoustic.

The ArtsCenter in Carrboro, North Carolina has announced its 2019-2020 Performance Season, featuring a wide range of over 20 locally and nationally acclaimed artists and partners.

The programming for this Season explores the concept of “Global Roots” and features performers who represent and re-invent traditional musical styles from a variety of regions and cultures. One such artist is Kim So Ra, a modern master of the janggu (a Korean double-headed drum), who will appear at The ArtsCenter on September 22nd as part of her debut United States tour. For her performance A Sign of Rain, she is joined by fellow drummer Hyun Seung Hun, as well as Lim Ji Hye (on the gayageum or Korean zither), and Lee Hye Joong (on the piri or Korean bamboo oboe). This ensemble presents fluid, onomatopoetic textures from their instruments, creating an immersive aural tapestry that evokes the power, delicateness and ephemerality of a sudden rainstorm.

From the highlands of the Asian steppe, award-winning Tuvan ensemble Alash will return to The ArtsCenter for the first time since their acclaimed performance as part of The ArtsCenter’s inaugural 2016-2017 Performance Season. These masters of xöömei, or Tuvan traditional throat singing, blend Eastern and Western instruments and influences with the haunting overtones of throat singing for an experience that has to be witnessed to be believed. They are joined for their performance on October 26th by Shodokeh, a Baltimore-based beatboxer and vocal percussionist.

From the arid regions of Niger and Mali, Bombino and Vieux Farka Touré will present two contemporary interpretations of the fiery guitar style of the Sahara desert. Vieux Farka Touré was a standout performance and cover artist of the 2017-2018 Performance Season, dazzling his audience with virtuosic, highly danceable guitar grooves befitting an artist often referred to as “The Hendrix of the Sahara.” The Sons of the Sahara tour sees him join forces with Niger’s Bombino, the Grammy-nominated young guitarist quickly making a name for himself globally with his sunny blend of Tuareg blues and contemporary style. The two will perform songs both together and separately on October 13th.

The 2019-2020 Season lineup also features household names like singer-songwriter Joan Osborne (famous for her 1990’s MTV super-hit “One Of Us”) on February 9th, and master of loop-based fingerstyle guitar wizardry Keller Williams on December 6th, as well as aa American roots music from North Carolina’s living legend of old-time and bluegrass Alice Gerrard, accompanied by rising stars Allison de Groot on banjo and Tatiana Hargreaves on fiddle on September 21st.

“American Songster” Dom Flemons, a founding member of the Carolina Chocolate Drops, will bring his musical talents and repertoire of over 100 years of American traditional music to The ArtsCenter on March 20th. Celtic supergroups Leahy (March 13th) and the Tannahill Weavers (April 25th) represent the traditional folk music of Ireland and Scotland with their majestic harmonies and driving rhythms.

As part of The ArtsCenter’s continued commitment to providing high-quality arts programming at an accessible price point, tickets to over half of the performances on the 2019-2020 Season cost less than $25, and over a third cost less than $20. Tickets can be purchased at artscenter.live/2019-2020Season.

Growing up, Vieux played calabash (a unique-sounding dried gourd drum used in Mali) and other percussion, but his father didn’t want Vieux to face the same struggles he had as a musician, and discouraged him from following the same path. The Toure family comes from a noble lineage, in a land where musicians usually come from a musical caste.

Ali went against his own family’s societal role to become a musician and suffered as a result; first struggling to make a living at home in Mali, and then getting cheated by a French producer early in his career. The BBC reported that when he won his first Grammy award, Ali chose not to travel to the United States to collect his prize, saying: “I don’t know what a Grammy means but if someone has something for me, they can come and give it to me here in Niafunke, where I was singing when nobody knew me.”

Ali wanted his son to become a soldier. But Vieux secretly took up the guitar behind closed doors. He enrolled in the Arts Institute in Bamako, the same institution where Habib Koite and many other Malian musicians of note studied. When Ali realized Vieux was not going to give up on playing guitar, he enlisted his good friend Toumani Diabate as Vieux’s advisor.

When young North American producer Eric Herman of Modiba Productions expressed interest in recording Vieux he had to seek permission from Diabate, the senior Toure, and other community elders. Once Diabate and Toure heard Vieux’s initial recordings, they realized they had underestimated the younger Toure’s virtuosity. “Toumani looked shocked,” recalls Herman. “Vieux turned to me and said “See, nobody knows I can play music like this.” I knew” and it didn’t seem to be a secret that he is a really dynamic guitarist. But among the elders who he needed to be respectful of, he was humble and hiding it.”

“Though my father initially resisted my playing music,” explained Vieux, “once he saw that it was truly my ambition and my calling, he was at my side; and he stayed there until the end.”

In 2015, Vieux Farka Touré teamed up with American vocalist Julia Easterlin for an impromptu studio session in New York City resulting in ‘Touristes,’ an album that brought together their respective musical roots and passions. The album included original songs, as well as covers of Bob Dylan’s “Masters of War” and Fever Ray’s “I’m Not Done.”

Vieux has become one of the finest guitarists in the world music scene. His most recent album is Samba, recorded live in front of a small audience at Applehead Studio in Woodstock, New York.

The ArtsCenter is located at 300-G E. Main Street in Carrboro.
For more information visit artscenterlive.org 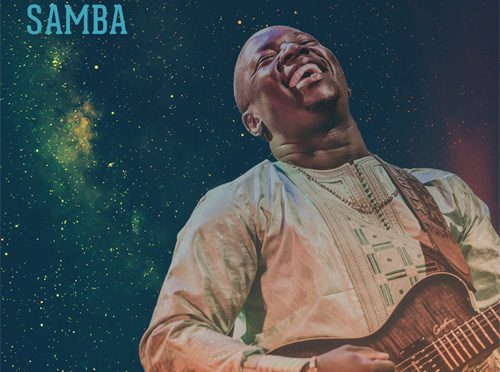 Too often when we hear “it must be something in the blood” it conjures up images of someone gone wrong somewhere, but nothing could be further from that kind of assumption when we’re talking about Mali’s Vieux Farka Toure.

Son of the musical powerhouse Ali Farka Toure, Vieux Farka Toure has not just continued in his father’s musical footsteps but blazed a path of his own with recordings like Vieux Farka Toure, Fondo, The Secret, Mon Pays and Touristes with Julia Easterlin and an ongoing collaboration with Israeli musician Idan Raichel on the Toure-Raichel Collective. And the righteous riffs just keep coming with the Six Degrees Records release of his latest of Samba.

Mr. Toure is just content to rest on his vocals and guitar playing laurels on Samba; instead he composed and arranged all the tracks and produced this latest with co-producer Eric Herman. Mr. Toure explains the recording process of Samba, “It was not a regular studio session nor was it a concert. It was somewhere in between. We were recording the album, but we had an audience of about fifty people in the room with us. The audience understood it was to witness the process of recording an album, not to present a concert in a studio, which was a very good thing because we got the energy of a live concert with the quality of a studio recording.”

Rich, warm and rewarding, Samba pulls at the threads of desert blues, funk, reggae, rock and Malian praise song to create a polished, masterful collection of tracks. From the opening of the guitar lick laced “Bonheur” through to the deliciously catchy “Ni Negaba,” Mr. Toure lets his listeners ride a wave of hypnotic grooves while using his musical voice to express the joys of family, the importance of protecting the environment and the pitfalls of religious fanaticism in the wake of Mali’s recent struggles with jihadism where music was banned and musicians were abused or exiled.

Despite some doubts about the success of Samba, Mr. Toure says of the experience, “It was an interesting idea but I did not know how it would go. Luckily everything was perfect. There was a great ambience there for the session and we were able to capture this unique energy for the album.”

Mr. Toure has certainly blazed his own path on Mali’s musical griot road of riches with Samba. Must be something in the blood. 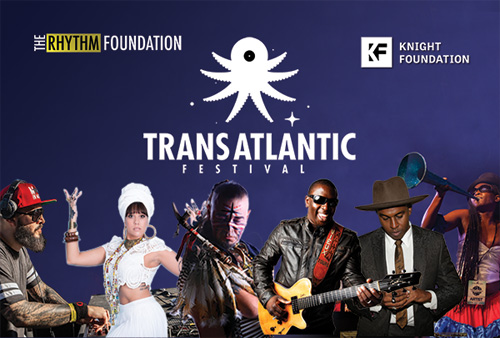 The reggae, jazz and Sudanese mix of Sinkane.

Symbi Roots, an all-female rara group, direct from Port-au-Prince, Haiti. Their transcendent and vibrant live show has fans in Haiti and the Caribbean.

Malian guitar maestro Vieux Farka Toure is set to perform on Friday, April 7, 8:00 pm at the Villa Victoria Center for the Arts in Boston. He will be presenting his new album titled Samba.

Samba was recorded as part of the Woodstock Sessions, a series that combines live performance and studio recording with their ground-breaking venue.

While Touré was recording the album, he had an audience of about fifty people in the room. Touré received the vigor of a live concert with the quality of a studio recording. Touré was very satisfied with the experience, “we were able to capture this unique energy for the album.”