Calypso Travels will be available on vinyl on January 31, 2020. The original recording, released in 1959 featured master calypsonian Lord Invader before his death in 1961. Lord Invader’s calypso had a sharp sting, an art form originated from violent street battles and a conduit to speak truth to power.

These reissues were remastered from the original tapes by GRAMMY Award winning engineer Pete Reiniger and are presented in the classic Folkways fold-over, paste-on jackets, reproducing the feel of the original releases.

The album Tuareg Music of the Southern Sahara, originally released in 1960, will be reissued on vinyl and digital in January 2020 on Smithsonian Folkways.

Smithsonian Folkways has announced the reissue of the album Gambian Griot Kora Duets on vinyl and digital. Originally released in 1979, the album highlighted Gambian kora maestro Dembo Konte at the beginning of his international career together with his father Alhaji Bai Konte.

Malian duo Amadou & Mariam are presently on tour in Europe with the Grammy award-winning American band Blind Boys of Alabama. In celebration of the collaboration, the two groups have joined forces on the singles “Bamako to Birmingham” and “Two Cultures, One Beat.”

The cross-genre collaboration emerged after conversations between the groups on opposite sides of the Atlantic. The Blind Boys started the recording process by laying down two tracks in the United States, featuring their distinctive vocals, with Amadou & Mariam adding their contributions from the studio in Mali.

The two groups are currently on a joint tour together in Europe, with upcoming performances set for Cork, Ireland; Cambridge, England; Edinburgh, Scotland; and Västra Götalands län, Sweden.

Totó la Momposina, Colombia’s best known cumbia artist has released an EP titled Fuego. These are previously unreleased tracks from the La Candela Viva sessions made in the early 1990s. 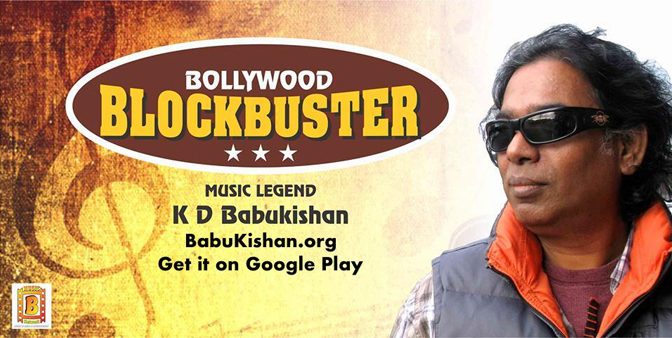 He is the eldest son of the legendary Purna Das Baul who introduced Baul to India and the world more than 70 years ago. Babu been preserving his mystical tradition of Baul from Bengal for 45 years. Others follow him and his lineage, they do not follow anybody. He recorded and composed the music for most of his father’s Baul music and has performed since the early 1970s traveling around the world with his father.

Raised by his grandfather, the legendary Nabani Das Khyapa Baul, who was Rabindranath Tagore’s Baul Guru, what the Bauls are singing today is the music of his renowned family.

Born an oral Sanskritist and musician, he speaks many languages and has composed music in 12 languages, traveling to more than 100 countries and collaborating with Bob Dylan and The Band whom he toured the United States of America 40 concerts in the mid 1980’s. He has jammed with The Rolling Stones, Third World, Brian Wilson of the Beach Boys, George Harrison of the Beatles and many more. He has toured with Ravi Shankar and Ali Akbar Khan, Sultan Khan, and Zakir Hussain.

Babu Kishan is a prolific poet and has written thousands of songs and composed music for most of India’s top legends. The 32 albums released on GooglePlay are focus on some of his compositions.
Babu Kishan’s new book on his world of music be released later this year, Baul to Bollywood to the World, historical Baul, who made a Greatest platform and preserved so can be much easier for new Bauls and the world.

He has a master in Indian Music from Calcutta University and has been a Indian Cultural Ambassador and world music pioneer since the 1970s. Babu Kishan was awarded the youngest Music Composer in Bengal in the 1970s at just 11 years of age. Bollywood lifetime Achievement Award in 2007.

The single is extracted from the upcoming album Yo Soy la Tradición, an ambitious concert-length work that draws upon the rich folk music traditions of Puerto Rico and expressed through the modernist lens of Zenón’s compositions.

The inspiration for “Milagrosa” comes from the religious practice of La Promesa, making a promise to La Virgen de La Milagrosa (Our Lady of Grace).

Commissioned by the David and Reva Logan Center for the Arts and the Hyde Park Jazz Festival, Yo Soy la Tradición is a collection of eight works for alto saxophone and string quartet that showcase Zenón and the Spektral Quartet.

Next Zenón and Spektral Quartet Performances

She’s yet to release an album but her song “Demen Mwen Prale” thrills Port au Prince. The song’s video is also exciting. It’s a simple song wherein her grave singing is accompanied mostly by an acoustic guitar.

Her artist name, her nom de guerre, is AZ. It is short for Asaphe Micaelle Jean Louis. She is a philosopher and teaches philosophy to High Schoolers.

She’s said in an interview that she spent some years, her years of university, living like a Diogene, an idealist, but changed when she got married and began both her singing and teaching careers. She writes some of her songs and for them she would like to express ideas that are debated in philosophical space where philosophy meets music such as in the works of Nietzsche, Adorno, and others. When performing live, she sings Jazz songs also – whatever song she considers beautiful.

Her first album will be released soon, “Sonje.” The title is Haitian kreyol for ‘remember.’

So far, she is not a political singer. She would like to sing art to her times, art that roots itself in aesthetics (philosophy.) Her songs are radio songs, made for alternative play. They are as if made to be played ideally in ‘cafe space,’ with the hopes that they come to resonate as much as a Trova or a chanson. They are the beginnings of what Barbara achieved in France and Omara Portuondo in Cuba: songs that are deeply ‘art.’

Proper Box has released a 4CD box set titled The Birth Of British Blues. The collection highlights the pioneering artists who laid the groundwork for the blues and rock boom of the 1960s in the UK. These highly influential artists had a profound effect on British, American, and global popular music.

Starting from Trad Jazz roots, through to Skiffle and Folk Blues, the anthology eventually lands on the harder edge Chicago Blues and R&B. This compilation documents the evolution of British music leading up to its golden age in the 1960s and 1970s.

All of the pioneers are included including Chris Barber, Ken Collyer, Lonnie Donegan, Cyril Davies, Alexis Korner and many more.

Buy The Birth Of British Blues

The song’s accompanying video is directed by Kush Asher and Imani Wilmot and shot at Mystic Revealer’s lead singer Billy Wilmot’s Jamnesia (located in Bull Bay just outside of Kingston, JA). The famed skate, surf and music hub has become a local hang out spot and an essential incubator for breaking new music talent – including Chronixx, Kelissa, Jah9, Kabaka Pyramid and Jesse Royal – who are all featured on this supergroup remix.