Rabo de Lagartixa (“Tail of the Lizard”) was the acclaimed group acknowledged to be one of the top ensembles of choro novo. Its CD was voted one of the top 5 instrumental releases by the highly regarded newspaper “O Globo” and the group received rave reviews for its performances throughout Brazil.

Rabo de Lagartixa was chosen to represent the new choro movement at the centennial celebration of the choro tradition held by the Banco do Brasil at its prestigious cultural center in Rio de Janeiro.

The band was formed in 1993 when its members were studying music together under the auspices of a program at the Villa Lobos Museum in Rio de Janeiro.

Daniela Spielmann (saxophone) – Studied sax with Juarez Araujo, Eduardo Neves and Idriss Boudriuaflute with David Ganc, and harmony and arranging with Victor Santos. She is a graduate in Music from the University of Rio (Uni-Rio) and also studied at Berklee. She has performed at the Free jazz Festival with the orchestra of Victor Santos (trombonist), at Carnaval in Recife with the orchestra Bloco Carnavalesco do “Galo da Madrugada”, in the Grande Banda Carioca (Big Carioca Band) of Claudio Dauelsberg, at the tribute for Tim Maia in Vitoria, and as a soloist of the Rio Jazz Orquestra. She has also played with legendary artists like Jorge Ben, Sandra de Sa, Leny Andrade, Moreira da Silva, Ze Keti, Carmen Costa, Nelson Sargento and Moraes Moreira. She is a member of the trio Mulheres em Pixinguinha (Women in Pixinguinha).

Alessandro Valente (cavaquinho) – Started studying cavaquinho in 1986. He is a graduate of Uni-Rio where he played with: Osvaldo Pereira Group (recorded CD), Companhia Carioca, Urubu Malandro, Orquestra de Musica Popular da Uni-Rio (recorded CD), and the Quarteto de Camara Popular. He has performed in shows with singer Carmen Costa, in the bands of various musicals and with the Orquestra de Cordas Brasileiras (The Orchestra of Brazilian Strings).

Marcello Goncalves (7-string guitar) – Marcello is one of the sought-after 7-string guitar players today, having performed and recorded with such names as Baden Powell, Elza Soares, Elton Medeiros and Ze Renato. He is a member of the Trio Madeira Brazil and works in duo with the great cavaquinho player Henrique Cazes. His style unites the spontaneity and spirit of popular music with the elegance and distinction of classical.

Beto Cazes (percussion)- Started his career in 1976 with the group Coisas Nossas. In 1980 he joined the group Camerata Carioca with the great mandolin player Joel Nascimento and the legendary Radames Gnattali. In the same decade, he played with No Em Pingo DAgua and the Orquestra de Cordas Brasileiras (Orchestra of Brazilian Strings), with whom he received 3 Sharp awards (Brazil’s equivalent to the Grammy). In 1990 he formed the percussion quartet Baticun and did 3 tours in Europe and recorded 2 CDs. At the same time he recorded and toured with Brazilian superstars including Chico Buarque, Paulinho da Viola, Caetano Veloso, Gal Costa, Nara Leao, Wagner Tiso.

Nó em Pingo D’Água was formed in 1978 and features 5 musicians Celsinho Silva on percussion, Mario Seve on saxophone and flute; Papito on bass; Rodrigo Lessa on bandolim and steel guitar; and Rogerio Souza on guitar.

The group was a pioneer in developing the style of music that is known today as “choro novo” – innovative interpretations of traditional Brazilian instrumental music. They’ve been credited in part for awakening a tremendous enthusiasm among young people for this style of music, which today is wildly popular in clubs, concert halls, and the hot nightspots of Rio.

Their music is the result of many influences, converging in the heart of Rio de Janeiro: Afro-Brazilian rhythms and percussion, typical Brazilian instrumentation, European classical influences, a bit of samba and a dash of jazz.

The group’s name “Nó em Pingo D’Água” literally translated is “a knot in a drop of water” – but as the expression implies, the meaning is more like “something extremely difficult to achieve”.

The year 2003 marked their first tour in the United States, made possible with the joint support of Brazil’s Ministry of Culture and the Kellogg Institute for International Studies at the University of Notre Dame.

Aleh Ferreira is a Brazilian multi-instrumentalist and composer who plays an instrumental Brazilian genre known as choro. At some of his his concerts, he is accompanied by a chamber ensemble known as Regional e Quarteto de Cordas that includes cello, oboe, violin, and piano. 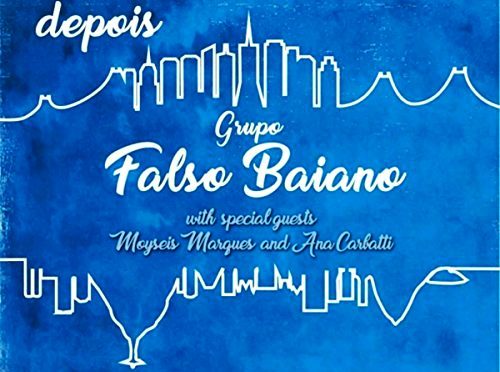 Tio Chorinho is a great instrumental ensemble from Toronto that specializes in choro music, a Brazilian genre from the Rio de Janeiro region. It’s lively, uplifting music that brings together Portuguese guitar traditions and African beats.

The group’s sound revolves around the sounds and interplay of the cavaquinho, guitar and mandolin. On Chora Brazil there is also notable flute work by guest musician Alheli Pimienta. The music selection includes classics by Jacob do Bandolim, Waldir Azevedo and Pixinguinha.

Buy the album from www.tiochorinho.com/music 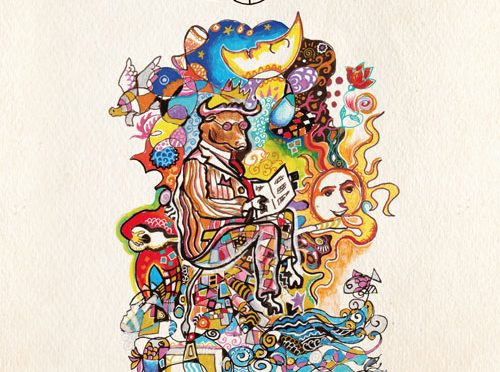