Daniela Soledade – A Moment of You (Blue Line Music Records, 2019)

A Moment of You is the debut album from talented Florida-based Brazilian singer-songwriter Daniela Soledade. Although Brazil is a country rich in musical genres, the majority of the Brazilian music productions mad in the United States gravitate towards bossa nova and this is the case here as well.

The highlights of the albums are the upbeat samba and baiao songs, when their lively beats come to the surface, featuring outstanding Brazilian percussion by Duduka Da Fonseca and producer Nate Najar’s guitars and cavaquinho. Another standout track is the exquisite “Veja Bem Meu Bem” featuring Yves Dharamraj’s magnificent cello.

The slower songs drift towards smooth jazz with the pre-requisite sax solos and melancholic harmonica.

“Beth Carvalho was a Brazilian samba singer, musician, and composer,” said Gabriel Abaroa Jr., President/CEO of the The Latin Recording Academy. “With a career that spanned 50 years filled with multiple acclaimed recordings, Carvalho was known as the “Godmother of Samba” and a historical figure in Brazilian culture.

In 2009 she was recognized with a Latin Recording Academy Lifetime Achievement Award and at the 13th Annual Latin GRAMMY Awards she received a Latin GRAMMY for Best Samba/Pagode Album for Nosso Samba Tá Na Rua.

Carvalho helped bring underrated composers the recognition they deserved, becoming a driving force in the modernization of samba in the ’80s, while preserving its roots. As a philanthropist and activist, she founded various schools to teach samba and used her lyrics to bring awareness of social issues such as poverty and indigenous rights. Our deepest condolences to her family, friends and music lovers during this difficult time.”

Rogê represents the new generation of artists of the Brazilian Popular Music movement. He plays a captivating kind of samba and moves effortlessly from bossa nova to samba and reggae with the ease of a prolific composer.

Rogê’s shows also present the roots of the Brazilian music and its connection to Africa through a combination of jongo, samba, afoxe and maculele.

In 2020 he released an album with his Brazilian colleague Seu Jorge titled Seu Jorge & Rogê.

Revista do Samba is based in São Paulo and was formed in 1999. Since then, the trio, with Leticia Coura, Beto Bianchi and Vitor da Trindade, has been performing throughout Brazil and Europe.

The music arose out of research into repertoire, which extended into the origins of samba and an exploration of how sambas written in the 1920s and 1930s are still fresh in the minds of so many Brazilians and are still a part of the ‘repertoire’ of ordinary people, people who were never alive when samba was everywhere in Brazil.

Revista do Samba do samba returns to the time when samba was the main cultural expression of the Brazilian people and brings it up to the moment. The trio performs the songs of the greatest of the samba composers. The songs are part of the personal history of every Brazilian – familiar to everyone.

The musicians recorded the first album of the group, produced by Wolfang Loos, for the label Traumton of Berlin, released in September 2002. From their own repertoires, Coura, Bianchi and da Trindade have made a collection of beautiful old songs for this first CD. Some, incredibly, were never a national success – but are remembered generations later.

In performance, the trio plays with humor – with each other and with the audience. Samba is theatrical´. It depends on – and generates a buzz between the stage and the floor. The lyrics and the turns of the songs are often funny, as is felt by anyone listening, no matter of what nationality. The melodies are somehow light and immediate – yet distant and haunting.

With the lightest of modern sensibilities, Revista do Samba revive the feeling of what samba was like at its height, both live and on album.

Jorge Duilio Lima Menezes, better known as Jorge Ben and later as Jorge Ben Jor, was born March 22, 1945 in Madureira and raised in Catumbi, Rio de Janeiro’s suburbs, Jorge enjoyed singing with the church choir and going out with carnival bands from an early age. In his teens, he was a given a guitar and started playing Bossa Nova and Rock n Roll with it. Raised by his mother to be a pediatrician, by his father to be a lawyer, and by his instincts to become a soccer-player, he chose to be a musician instead.

In the 1960s, he performed at Beco das Garrafas, which later became a legendary nightclub area in Copacabana and home of the Bossa Nova movement. And that’s where he was spotted by a producer, who promptly offered him a record deal. Soon, in 1963, the first single was out, featuring “Mas Que Nada” and “Por Causa de Voce, Menina”, performed along with the group Copa Cinco. That same year, he released his first LP, Samba Esquema Novo.

Ben headed to the United States, where his compositions “Zazoeira”, “Mas Que Nada” and “Nena Nan?” hit the charts and were re-interpreted by musicians such as Sergio Mendes, Herb Alpert, Jose Feliciano and Trini Lopez. In the era of musical shows on TV, Ben managed to remain faithful to his multi-faceted techniques, appearing on bossa nova, rock’n’roll and tropicalist productions. In 1969, he relished on success with songs like “Pais Tropical” and “Que Maravilha”, besides competing on a festival with “Charles Anjo 45”.

He was placed first in 1972, when Maria Alcina sang his “Fio Maravilha”. Ben Jor released other albums in the 1970s, including the classics A Tabua de Esmeralda (1974) and Africa Brasil (1976). During the next decade, he dedicated to spreading Brazilian music throughout the world.

In 1989 he changed his name from Jorge Ben to Jorge Ben Jor. His song “W Brasil,” released in 1990, hit the dance floors in 1991 and 1992, turning into a long-lasting fever. At that point, his records took on a more pop direction, nonetheless keeping his trademark swing.

Jorge Ben Jor’s music holds a unique role in the Brazilian scene, due to the merging of new elements in his swinging mix and to the way he plays the guitar, revealing his appreciation of soul music and American funk, yet incorporating the influence of African and Arabic music, legacy of his Ethiopian mother.

Luiz Feliciano Antonio Marcondes, better known as Neguinho da Beija-Flor, was born in Nova Iguaçu, Brazil on June 29, 1949. He is considered one of the most important Carnaval samba-enredo singers of all time.

Son of a trumpeter of the famous Orquestra Tabajara, Neguinho began his career in music when he was still a kid. At ten he won a contest by singing a samba by legendary carioca artist Jamelão.

His first album, “Vida No Peito” was released in 1980, followed by other 15 albums until 2000, featuring hits such as “Os Cinco Bailes da História do Rio” and “Aquarela Brasileira”.

Since 1975 Neguinho has been affiliated with samba school, Beija-Flor de Nilópolis, in Rio de Janeiro, which became part of his artistic name. In 1976, his samba-enredo “Sonhar Com o Rei dá Leão” gave him the first title in the Rio Carnaval. Since then, the samba school has won 12 parade competitions, making Neguinho da Beija-Flor one of the most popular Carnaval figures of Brazil.

Samba star Neguinho da Beija-Flor is set to perform on February 24th, 2018 at Cafe Club Fais Do-Do in Los Angeles. Considered one of the most celebrated Carnaval performers of Brazil, Neguinho has been affiliated with parade winner, Beija-Flor de Nilópoles, one of the largest samba schools of Rio de Janeiro. This will be his first time touring in the United States.

The award-winning album includes high profile guests such as Amilton Godoy on piano, João Bosco and Toquinho on vocals and guitars, Randy Brecker on trumpet, Mike Mainieri on vibraphone and Mark Kibble (Take 6) on vocals.

Carol Bach-y-Rita has a warm voice that fits well with her repertoire. She also uses her voice as a percussion instruments at times. The instrumental line-up includes a mix of talented American jazz musicians and Brazilian percussionist Dudu Fuentes. 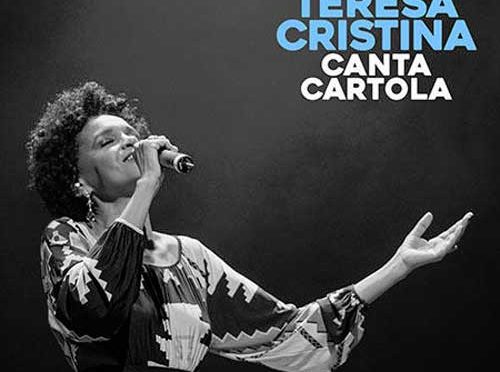 Teresa Cristina is one of Brazil’s most popular singers. Canta Cartola is her tribute to one of the most famous samba songwriters, Angenor de Oliveira. His artistic name was Cartola (top hat in Portuguese).

Canta Cartola is a passionate live performance released on CD and DVD by Teresa Cristina who specializes in samba and Brazilian Popular Music (MPB). She sings Cartola’s numerous classics that are well known to many Brazilians. The performance took place at Theatro Net in Rio de Janeiro. It’s an acoustic performance Teresa Cristina on vocals and Carlinhos Sete Cordas on guitar.