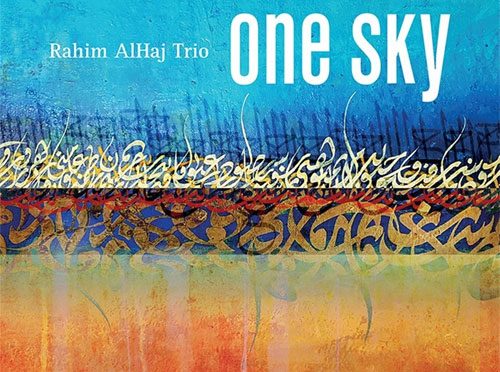 The majority of the musical are compositions by Rahim AlHaj inspired by folk and classical Arabic music plus one from Sourena Sefati. The CD booklet in English and Arabic provides extensive details about each piece. 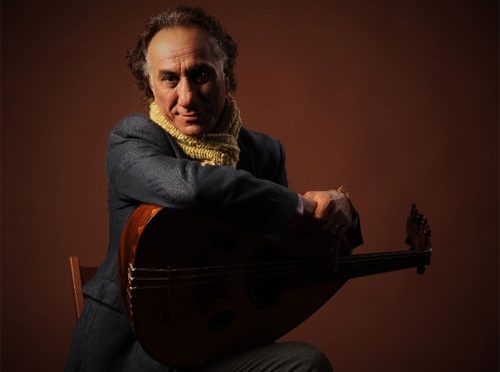 We announce the list of best world music albums of 2017. The selection was made by a panel of editors and contributors from World Music Central and its affiliate Spanish-language world music magazine Músicas del Mundo.

The list includes 11 albums because 5 recordings were tied for 7th place.

“Our list reflects the diversity of the world music scene and our panelists. Our writers are based in North America, Latin America, Europe and Asia,” says World Music Central’s Managing Director Angel Romero.

Two ancient traditions meet on Letters from Iraq: Oud and String Quintet, western classical music and Arabic music. Oud (Arabic lute also known as ud) maestro Rahim Alhaj has been living in the United States for over a decade and return to Iraq in 2014 to learn about the current situation there.

Letters from Iraq is Alhaj’s expression of the emotions related with war-ravaged Iraq, stories of love, sadness and suffering. It’s a beautiful bittersweet album where the oud provides exquisite interaction with western classical music string instruments.

The CD physical version includes a 40-page booklet with photos, illustrations, and liner notes in English and Arabic.

Buy Letters from Iraq: Oud and String Quintet in the rest of the world

Buy Letters from Iraq: Oud and String Quintet in Europe

Rahim AlHaj, virtuoso ud musician and composer, was born in Baghdad, Iraq and began playing the ud at age nine. Early on, it was clear that he had a remarkable talent for playing the ud. Alhaj studied under the renowned Munir Bashir, considered by many to be the greatest ud player ever, and Salim Abdul Kareem, at the Institute of Music in Baghdad, Iraq.

AlHaj won various awards at the Conservatory and graduated in 1990 with a diploma in composition. He holds a degree in Arabic Literature from Mustunsariya University in Baghdad. In 1991, after the first Gulf War, Mr. AlHaj was forced to leave Iraq due to his activism against the Saddam Hussein regime and began his life in Jordan and Syria. He moved to the United States of America in 2000 as a political refugee and has resided in Albuquerque, New Mexico ever since. Rahim became a U.S. citizen on August 15, 2008.

Rahim AlHaj has performed around the world and is considered one of the finest oud players in the world. He has won many honors and awards including two Grammy nominations. Rahim has recorded and performed with other master musicians of varied backgrounds and styles including multi-faceted American guitarist Bill Frisell, modern accordion innovator Guy Klucevsek, Indian sarod maestro Amjad Ali Khan and indie-rock pioneers REM.

He has composed pieces for solo ud, string quartet, symphony and beyond. Rahim’s music delicately combines traditional Iraqi maqams with contemporary styling and influence. His compositions evoke the experience of exile from his homeland and of new beginnings in his adopted country. His pieces establish new concepts without altering the foundation of the traditional “Iraqi School of oud”.

His discography includes earlier works such as The Second Baghdad (2002), the live CD Iraqi Music in a Time of War (2003), and Friendship: Oud and Sadaqa String Quartet (2005), a unique East and West musical collaboration; Home Again (UR Music, 2008) features original compositions portraying his trip to Iraq after 13 years in exile. His March 2009 release, Ancient Sounds (UR Music), a duet recording with Amjad Ali Khan, was nominated for a 2010 Grammy in the Best Traditional World Music Recording category.

When the Soul is Settled: Music of Iraq released by Smithsonian Folkways Recordings was also nominated for a Grammy in 2008.

The album Ancient Sounds (2009) featured a collaboration between Rahim AlHaj and acclaimed Indian sarod maestro Amjad Ali Khan. It was a set of duets, accompanied by percussion.

In November of 2009 he released a special recording Under The Rose with Ottmar Liebert, Jon Gagan and Barrett Martin, with all net proceeds benefiting Direct Aid Iraq.

Rahim is featured in the 2009 documentary film on Smithsonian Folkways Records. Capping off an artistically fruitful 2009, Rahim was awarded the prestigious U.S. Artist Ford Fellowship Grant on December 14th.

AlHaj began writing ‘Letters From Iraq’ after reading heartbreaking personal letters he received from Iraqi women and children during a 2014 trip to his homeland — his first in a decade and only his second since leaving the country. They told of the American occupation and the factional violence that arose in its aftermath. One story came to AlHaj in person, relayed by a handicapped nephew who had been trapped during a car bombing and firefight. With ‘Letters From Iraq,’ the virtuoso musician creates chamber music using his ud, strings, and percussion to portray a city in crisis but not without hope.

‘Letters From Iraq’ includes AlHaj’s detailed notes revealing the painful stories that inspired each composition. The album was recorded in Albuquerque, New Mexico, where AlHaj has lived since receiving political asylum in 2000. A 40-page booklet with artwork by exiled Iraqi artist Riyadh Neama and notes in both Arabic and English by D.A. Sonneborn, associate director at the Smithsonian’s Center for Folklife and Cultural Heritage, accompanies the music.

‘Letters from Iraq’ was AlHaj’s 11th album and his second for Smithsonian Folkways.

In 2015, he received the National Endowment for the Arts’ National Heritage Fellowship. 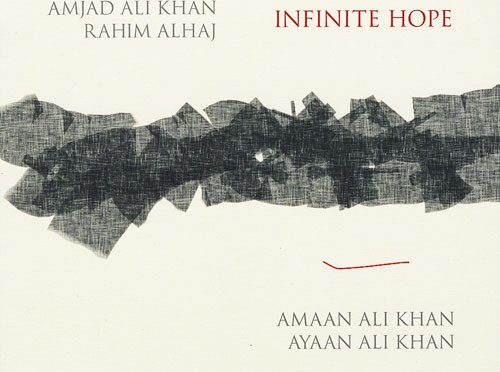 Swimming in a plumy lushness, Infinite Hope, out on the Ur Music label, revisits the collaborative efforts of Indian sarod master and composer Amjad Ali Khan with Iraqi oud virtuoso and composer Rahim AlHaj. Following up on their Grammy-nominated 2010 recording Ancient Sounds, Mr. Khan and Mr. AlHaj are joined by Mr. Khan’s sons, also sarod players and composers in their own right, Amaan Ali Khan and Ayaan Ali Khan. Sharing composition duties, this quartet dazzles listeners on this potently expressive musical collaboration.

Opening with building percussion and rhythms and adding the lavish lines of sarod and oud, opening track “Virgin Earth” is a treat to the senses where the boundaries between Middle Eastern and Indian music wend together seamlessly as rhythmic recitation rounds out the track. Equally delicious is “Innocent River” composed by Ayaan Ali Khan and Rahim AlHaj as sarod and oud lines intertwine and break away.

The tracks of Infinite Hope offer up stringed mental maze where stringed oud and sarod of both musical traditions fashion a deeply hypnotic space. Equally delicious is the soothing track and one of the shortest at a mere four minutes and twenty-eight seconds, called “The Loving Mother.”

Infinite Hope takes off on a percussively rich journey on “Mystic Eternity” before gently coaxing listeners onto the meandering path of “Singing Soul.” Elegant lines and musical vocals that will raise the hairs on the back of your neck make up “Forgiving Planet” composed by Mr. AlHaj before Infinite Hope closes with the deeply luxuriant “Laughing Child.”

Infinite Hope is hypnotically captivating. It sets up a musical space by way of lengthy, lush tracks where time has no hope of interfering, because these masterful composers and musicians will take you where they want you to go in their own sweet time.