Songs from Lands of Silence is the excellent debut album from Iranian singer-songwriter and multi-instrumentalist Nelia Safaie, produced by Mahsa Vahdat and Erik Hillestad.

The physical edition includes Farsi-language lyrics and their translations to English.

Buy Songs from Lands of Silence

The traditional skills of crafting and playing the dotar, an Iranian two-string plucked folk instrument is one of the most relevant social and cultural components of the folk music of the ethnic groups and communities of the Dotar regions.

Musicians play the dotar during significant social and cultural occasions such as weddings and ritual ceremonies, as well as in festivals.

The dotar is played together with epic, historical, lyric and gnostic texts that are fundamental to the ethnic history and identity of the performers’ communities.

Middle Eastern is the latest album from Iranian multi-instrumentalist and composer Mehdi Rajabian. The album is dedicated to the rich musical traditions of the Middle East and focuses on various countries within the region. Mehdi Rajabian brings together classical forms from the Turkish, Persian and Arabic traditions, together with traditional music elements and western classical influences.

Mehdi Rajabian invited a hundred musicians from twelve countries in the Middle East. Ironically, the album is not available in Iran due to the restrictions Rajabian is facing. He was imprisoned due to his musical activities. Some of the musicians who participated in the album were refugees fleeing from war or under other forms of stress.

The cover of the album is a photo by Reza Deghati shot in Iraq.

Australian audiences were reported to be “spellbound throughout” recent performances by Garden Quartet’s performance of music from their debut self-titled album. Ancient Persian language and melodies are embroidered with threads of trans-global influence – old and new. While the result is born of improvisation, it delivers a complete soundscape, Earthy yet ethereal. Delicate and vibrant.

Since relocating from Iran to Melbourne, front woman Gelareh Pour has ventured beyond her classical training. Collaborating with experimental musicians, her adventurous spirit found a platform to soar. Pour has dabbled in genres from theatrical to Persian post-Rock and metal.

Original compositions accompany emotive poetry. In Iran, women singers cannot perform publically as soloists. In a modern diasporic setting, Pour’s Farsi vocal interpretations scale unexpected heights. On ‘I Am An Ocean’, she sings the words of Nozar Parang: Why stay in dirt with no hope?  On ‘Anxiety Wars’ (lyrics by Houshang Ebtehaj: The small cage door is open but it’s a shame, The wings of my voice are broken.

As an ethnomusicologist, Pour’s instrumental practice preserves a classical tradition. As an interpreter of words, she expresses her own need to be heard on a welcoming platform.

The conversations between instruments and voice follow the improvisational tradition of her musical roots. The interplay of learned structuring and innovation captivates. Joining Pour and O’Dwyer on production, Myles Mumford shares their passion and experience over an array of musical styles.

Musician and composer Kaveh Sarvarian was born in Tehran, Iran in 1976. He has a Master of Composition, University of Art of Tehran.

Throughout his long career, he has performed in different countries. In Iran he was a member of the Tehran Symphony Orchestra (transverse flute), Rastak Ensemble (folk wind instruments), Naima Persian Jazz Fusion (flute, ney, tombak).

He was a professor at the University of Art of Tehran, in the Department of Music and Composition. Kaveh moved to Madrid, Spain around 2010. He presently directs the Parsinava ensemble where he delves into jazz sonorities within traditional Persian music.

Kaveh co-directs Kereshmeh, along with dancer Patricia Álvarez. It is a groundbreaking project based on the compositions of his album titled Kereshmeh, where they explore folk languages incorporated into a contemporary scenic concept.

He also is the author of three instructive books, “The Comprehensive Method of Ney “, ” Persian Music Ornamentation for Ney” , and” Tombak Method “.

Kaveh lives in Madrid, Spain where he gives online Persian music lessons on Skype and works on his musical projects. 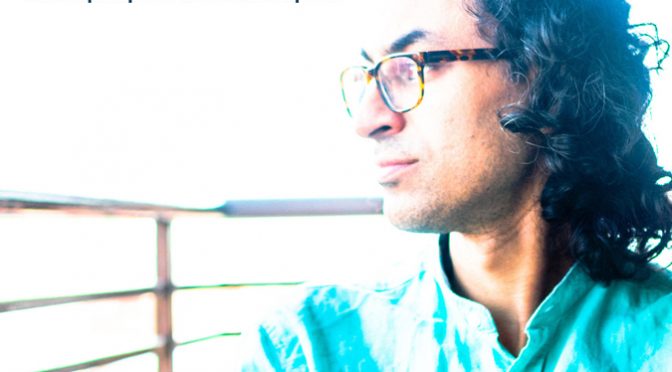 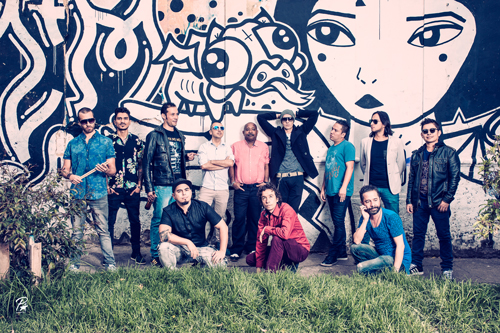 Germany’s largest world music event, Rudolstadt Festival, will take place July 4-7, 2019. The opening concert on 4 July will be a tribute concert dedicated to splendid female artists from the worlds of jazz, folk and blues. Sing The Truth is a project by three women who are themselves acclaimed for their extraordinary voices – Lizz Wright, Angelique Kidjo and Cecile McLoren Salvant – with drummer and producer Terri Lyne Carrington acting as musical director.

Three days later, the closing concert will feature alternative country pioneers, the Cowboy Junkies from Canada, who have raised the bar with their slow motion blues and folk sounds.

The massive line-up at this year’s festival includes 300 concerts, workshops and discussions. One of the standout acts is the Herbert Pixner Projekt from South Tyrol. This quartet from the Alps transcends all sorts of musical borders with their mastery of flamenco, tango, gypsy jazz and rock riffs, and is in high demand in the German-speaking world.

Presently, one of the most sought-after Icelandic musicians is Ólafur Arnalds with his sound collages made up of art, music and technology.

A new figurehead of Afro-Brazilian women is Luedji Luna, who frequently serves up her songs addressing social problems with laidback tunes enhanced with elements of both jazz and R&B.

South African singer-songwriter Alice Phoebe Lou, who launched her career by busking in Berlin, will perform poetry with a touch of jazz, summing up the music of South Africa.

Die Höchste Eisenbahn, who will be releasing their third album this summer, also began their successful journey in Berlin by pairing catchy melodies with zeitgeisty humor. Then there’s the unique project Small Island Big Song, whose members come from island nations in the Pacific and Indian Oceans which are literally threatened with extinction by climate change.

To represent Iran, this year’s special guest country, the Rudolstadt Festival has selected nine ensembles and devised a richly contrasting program. It ranges from performances based on centuries-old traditions to music driven by current political protests. “The festival intends to convey that there’s a vibrant cultural scene in Iran striving to find its own way and make itself known internationally,” declared program director Bernhard Hanneken. In Rudolstadt, Iranian artists will also be given a forum to talk about their lives, their circumstances, and their opportunities for artistic expression.

On the opening night, the band Damahi will be performing a pop-oriented fusion of Iranian and world music genres. One of Iran’s most prominent musicians is tar and setar player Hamid Motebassem, who is also a noted composer. At Rudolstadt, he will be presenting compositions such as his orchestral work Pardis accompanied by the Thuringian Symphony Orchestra from Saalfeld-Rudolstadt. What’s more, they’ll be joined by one of Iran’s best-known women‘s voices, Mahdieh Mohammadkhani.

There is another expressive female singer in the Hamnava Ensemble, which hails from Bushehr in southwest Iran on the Persian Gulf. Baran Mozafari is one of the few women endeavoring to take the female vocal styles from the region into the 21st century.

Apart from the performances by the nine Iranian ensembles, there will be discussions with the artists during the festival and a wide-ranging symposium with topics including the status of women in Iran, the social aspect of Iranian music, Persian poetry, record production and marketing.

With the Rudolstadt Festival being held for the 29th time in 2019, this year marks the start of a new partnership with  the European Broadcasting Union (EBU). The EBU will be celebrating the 40th anniversary of its own Euroradio Folk Festival by presenting selected musicians in Rudolstadt.

This partnership has been initially set to run for three years, meaning the Euroradio Folk Festival will also provide a forum for various facets of the European scene at the Rudolstadt Festival in 2020 and 2021. Both sides hope for lasting collaboration with Graham Dixon, the EBU’s Head of Radio, even talking of a new chapter in the European Broadcasting Union’s history: “Despite the wide participation and high quality of performance, until now, the EBU Folk Festival has never enjoyed a long-term home. From now, working together with the well-established festival in Rudolstadt provides an opportunity to pool our resources.”

This summer, editorial teams from 16 EBU member states will be taking part together with artists from their respective countries. They represent a wide variety in every respect, ranging from the 23-strong Finnish SibA Folk Big Band to solo accordion performances by Yegor Zabelov from Belarus and Otto Lechner from Austria, both of whom perform in their own distinctive manner. Nineteenth-century dance music will be fronted by Husistein-Musik from Switzerland while at the opposite end of the spectrum, avant-garde Polish group Polmuz will be taking the concept of folk music in an experimental direction.

Zohreh Jooya, raised in the holy city of Mashad in Iran, received a classical music education at the Academy of Music, Vienna and then earned a masters degree in opera at the Conservatory of the City of Vienna. She currently pursues a singing career in both Oriental and European cultures with opera performances throughout Austria, Germany, Denmark and Switzerland.

Sima Bina was born in Khorasan, in northeastern Iran, an ancient cultural crossroads where Afghan, Persian, Turkish and Kurdish customs and music have co-existed for centuries. In the heart of this multi-faceted folk tradition, Sima Bina started her career on Iranian radio at the age of nine, under the direction of her father, Ahmad Bina – a master of Iranian classical music and poet. After graduating from Tehran University in 1969, Sima Bina continued and perfected her knowledge of classical Persian radif, under renowned master teacher Davami.

Since 1979, alongside her classical studies, Sima Bina has focused on extensive research on Persian folk songs, collecting, recording, writing and re-interpreting popular regional music. By traveling to remote places throughout Khorasan, Sima has been able to gather and revive a collection of almost forgotten songs and melodies. Rejecting the notion that a professional vocalist must leave popular music to folk singers, while devoting their career to ‘serious’ music, she has gained a unique position in the history of Persian music.

Since 1993, Sima Bina has been invited to present her folkloric repertoire in festivals all over the world.

Born in Tehran (1969), he started learning the Piano at the age of 6 and continued his advance level studies under the supervision of Farman Behbud. At the age of 12, he studied harmony and composition lessons from Plus Khofri. In 1991 he graduated from the Sharif Technical University in Industrial Engineering.

Peyman also took part in master classes held in Tehran with Austrian Masters from Vienna and Graz conservatories as well as an advanced stage course in Marseilles with professor Ginette Gaubert.

Taking part in the international piano competition, Concour Musical de France, held in 1998, he was awarded the second prize and the year after he won the first prize at the same competition.

Since 1979 he has written 37 pieces for the Piano, most of which have been performed in various concerts in Tehran and Paris.