Morna, a musical genre from Cape Verde was added this week to UNESCO’S Representative List of Intangible Cultural Heritage of Humanity.

Morna is a traditional style that incorporates vocals, music, poetry and dance. Morna can be either sung or played only with instruments, primarily string instruments such as the guitar, violin, and cavaquinho.

The lyric poetry can be improvised, with topics including love, departure, separation, reunion, longing and the motherland. It is currently mainly performed in Cape Verdean Creole.

Practitioners include instrumentalists, singers, poets and composers, and morna is performed at significant life events such as weddings, christenings, and family reunions.

The most famous morna singer for many years was the late Cesaria Evora.

Cesaria Evora (her friends called her Cize) was born on August 27th, 1941 in Mindelo, Cape Verde. At the age of 16 she started to sing in a low voice the tunes played by a man on the violin. The man looked at her and encouraged her to sing louder. His name was Iduardo. After that, she started to sing at bars and ships, always standing and wearing down her legs. Mindelo has a large bay and ships arrived frequently bringing all kinds of goods, creating a lively atmosphere.

After Cape Verde gained its independence from Portugal, things didn’t go so well. There were less ships arriving to the ports and the once green archipelago suffered a sever drought that forced many of the island’s inhabitants to emigrate to mainland Africa, Portugal, the United States and France. Cesaria stayed in her hometown until 1985, when Bana, a musician friend, and a Cape Verde women’s association encouraged her to travel to Lisbon (Portugal) to showcase her talent. Unfortunately, none of the Portuguese producers showed any interest.

In 1988, a Cape Verdean producer living in France, José Da Silva, offered her to travel to Paris to record an album. She was 47 at the time and had nothing to loose, she had never been to Paris before, so she agreed. In Paris, Cesaria’s performances of Cape Verdean styles such as morna and coladeira gained a large following among the immigrant community. After the release of her fourth album, Miss Perfumado, she received great reviews and became popular with French, Belgian and German audiences and later with other international audiences. She recorded in Creole and Spanish. Worldwide tours followed.

In recent times, things have improved in Cape Verde. Some immigrants have returned and opened businesses, while others come for the summer. Cesaria also returned to the island, bringing with her a blue Ford that she owned in Paris. The lady with the bare feet, as she was also known, had difficulty walking so she used a driver.

Even if she was internationally known, – her album Cafe Atlantico sold more than 300.000 copies in France -, Cesaria Evora never forgot her origins, a life that included fighting and difficulties. The bare-footed diva stayed loyal to her identity, preserving her enormous tenderness.

Released in 2003, Voz d’Amor was recorded in Paris during breaks in Evora’s busy touring schedule. “Whenever I have time off from my tours, I like going into the studio to record one or two songs to prepare for my next album,” she said. “Because there always seems to be so little time, over the years I have learned this is the best way for me to do a recording.”

The lead-off song on Voz d’Amor, Isolada (Isolated), was written by her uncle, Cape Verdean poet B. Leza. It tells the story of a young girl longing to be free and features guitar and mandolin instrumental support. “That’s a very old morna,” said Evora. “I’ve been singing this for a long time.” The title track was a new morna, written by one of Cesaria’s favorite songwriters, Teofilo Chantre. Voz D’Amor was a moving number that featured support artists from Cuba, Madagascar and Brazil along with Evora’s stage band led by pianist Fernando (Nando) Andrade. With passion, she sang about “a deep-rooted ache of the heart,” while also voicing hope: “But a song will be born again to give us a reason to believe.”

In addition to the slow, mournful numbers, Cesaria accelerated the tempo for several tunes. The highlights included Velocidade (Velocity) and Pomba (The Dove). The former is highlighted by a vocal choir and a lyrical clarinet line. It was written by composer Luis Morais, the father of modern Cape Verdean music who died in September 2002. “Luis gave me this song and asked me to sing it,” Evora recalled. “I wanted to sing [it] to honor him and his music. It?s a shame he died because he was a clarinetist. It would have been perfect if he could have recorded this with me.”

In 2004, Voz d’Amor won the Grammy for best contemporary world music recording. That same year, Club Sodade: Cesaria Evora came out. It was the first-ever remix collection from the enduring Grammy winning artist. Club Sodade paired the internationally renowned Cape Verdean vocalist with an assemblage of contemporary dance / electronic music pioneers from around the globe, who re-envisioned selections from The Barefoot Diva’s catalog of timeless songs. 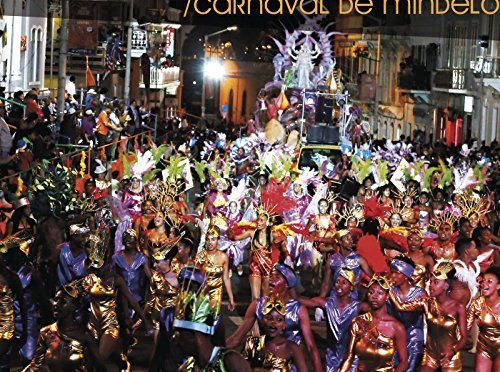 Carnaval De Mindelo is a great opportunity to listen to the unforgettable Cesaria Evora in a carnival music context. The 4-track EP features Cesaria Evora’s vocals with re-recorded arrangements in the style of the Mindelo carnaval held on the island of São Vicente in Cape Verde.

Despite its proximity to Africa, the Mindelo carnaval has deep Brazilian influences. The irresistible arrangements were made by guitarist Hernani Almeida, one of the finest guitarists and producers in the current Cape Verdean scene.

Lusafrica has released a compilation that features some of the finest morna performers, ranging from the now classics like Cesaria Evora, Teofilo Chantre and Ildo Lobo to young new talent such as Elida Almeida, Ceuzany, and Jenifer Solidade.

Mornas De Cabo Verde is a great opportunity to catch up with some of the greatest female and male performers of this profound music style.