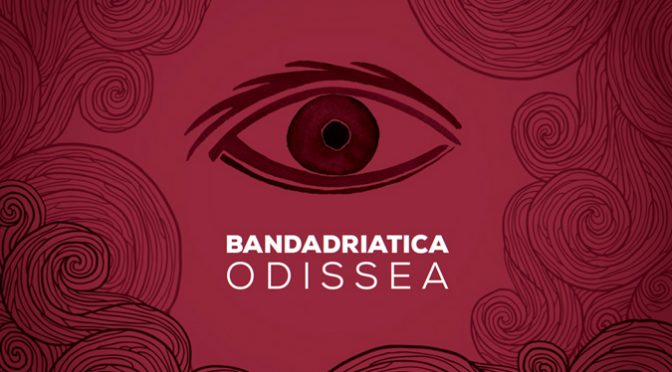 Fanfare Savale comes from a tiny Eastern Romanian village that has less than two hundred Gypsy inhabitants, where any male can play at least one brass instrument. The area probably has the largest number of bands in Europe. This is the place where the Savale brass band comes from. It would be difficult to follow back in time their vast musical heritage as they have been playing music ever since they can remember and the gift of music and the instruments are passed from one generation to the other.

From kids that are three years old to seventy year old grandparents, each person is a skilled and fully trained musician here.

These Romanian Gypsies earn their living by working their lands and playing music at various feasts, weddings and funeral services. Usually they gather and play music only to cheer themselves up. On the other opportunities, e.g. on the so called “Green Gypsy Thursday” hundred of brass players come together from different villages, to demonstrate their skills, compete and party ”in private”, without entertaining any audience.

These traditions have been preserved for centuries and the Savale are playing something peculiar in this Romanian regionGypsy music that combines the traditions of ancient Gypsy music at a breathtaking speed – up to 200 beats per minute – with those of the Balkan area, producing wonderfully rhythmic tunes played. These twelve musicians know extremely well the various music style and although, most of them are barely able to play music by notes, can play any tune after hearing it only once.

sThe Savale had a large number of performance in Romania, they were invited to music festivals, carnivals and various celebrations, have played several times in Hungary and recorded a few tunes for a German studio.

There is a lot of fun and social criticism as well. American president Trump is disapproved on the song “Trump@, cavallo di ritorno palestinese.”

During live concerts, the cast of musicians and vocalists is joined by jugglers and street artists who create an amusing traveling street parade show.

Kocani Orkestar, Macedonia’s most accomplished and best-known gypsy brass band, featured in the film “Time of the Gypsies” and take their name from a nearby town on the outskirts of Skopje, where such music is known to this day as romska orientalna muzika (?oriental gypsy band?).

The line-up consists of two trumpets, one clarinet, one saxophone, four tubas and one tapan, a large double-skinned cylindrical drum, beaten in complex rhythmic patterns with a heavy stick in one hand and a thin switch in the other.

The group’s international recognition came after they were discovered by Michel Winter and Stefan Karo, the same team responsible for first bringing Romania’s much-loved gypsy troupe, Taraf de Haidouks, to world attention. Both acts were signed to Belgium’s Crammed label, which led to the Kocani Orkestar guesting on the Taraf’s Band of Gypsies album.

Kocani Orkestar’s critical breakthrough came with their acclaimed second release, L’ Orient Est Rouge, a showcase of gypsy eclecticism, integrating original pieces into the traditional brass band repertoire, all played in a dazzling array of complex time-signatures. The title song came from China and there were Hindi film songs alongside their versions of local Macedonian dance tunes, as well as a great version of the Roma anthem, “Djelem, Djelem”.

The Orkestar continued to go from strength to strength with a new and expanded line-up. Their album Alone at My Wedding, explores the music that accompanies the three-day traditional gypsy weddings that still take place regularly all over the Balkan region. With typical gypsy diversity, Turkish and Bulgarian rhythms are married to local folk dances, with even a dash of Latin flavor thrown in for good measure.

The record also finds the Orkestar transcending the strict boundaries of the brass band genre (not that gypsy musicians ever had much respect for boundaries of any description) by showcasing the talent of their new vocalis, the charismatic young Ajnur Azizov, who sings variously in Slavic, Turkish and Roma.

At the same time, they can rock like an untamed, mutant gypsy funk band, mixing James Brown-style brass riffs with oriental and eastern European influences. The thundering rhythm is provided by the tapan drum of Saban Jasarov and the four tubas of Redzai Durmisev, Nijazi Alimov, Sukri Zejnelov and Suad Asanov. Then there are passionate, wailing solos courtesy of sax player Durak Demirov, the two trumpeters Turan Gaberov and Sukri Kadriev, and Dzeladin Demirov on clarinet.

Live, Kocani Orkestar are an even mightier experience, and whether they?re playing at a gypsy wedding in Kocani or in the more sedate setting of a western concert hall, it apparently makes no difference to their feral approach.

Hungry March Band – Running Through with the Sadness (Imaginator Records, 2018)

Hungry March Band has the format of a classic American marching band with a large brass section and drums. However, their sound and look is totally different from school marching bands. Hungry March Band’s foundation is jazz and improvisation. However, this group of men and women in colorful clothes have an eclectic taste, incorporating world music which they perform at street events and concert venues.

Running Through with the Sadness is a hip-shaking, toe-tapping wild brass ride through the world of jazz and global rhythms.

Buy Running Through with the Sadness

New Orleans ensemble Rebirth Brass Band was formed in 1983. The group carries musical tradition through the decades with a revolving cast of musicians.

Brothers Philip and Keith Frazier and their friend Kermit Ruffins first started the band with members of the Joseph S. Clark Senior High School marching band. Rebirth has recorded many albums won a Grammy and toured Europe and the U.S.

Rebirth Brass Band has seen its share of hardships. In 2005, Hurricane Katrina devastated their home city including the neighborhood of Treme which is now widely known due to the HBO TV series of the same name which followed neighborhood citizens as they rebuilt their homes and lives. Through the years Rebirth Brass Band which was featured in the series has used music to create hope unity and a sense of place even while marching around the world.

The band, known among its numerous followers as “La 101”, owes its name to a well-known and busy bus line in northern Tenerife that connects the capital, Santa Cruz de Tenerife with Puerto de la Cruz, stopping in all towns.

If you like hip hop and don’t mind the explicit lyrics, this is a rare combination that may appeal to you.