The revolutionary music of Boukman Eksperyans is a unique blend of roots, Vodou jazz, Zairian soukous and reggae, built on a foundation of traditional African rhythms and Caribbean melodies.

The band also promotes a spiritual message of freedom, unity, and faith, taking its name from a Haitian revolutionary named Boukman Dutty, a slave and Vodou priest who helped unify the Haitian slaves in a revolution against the French colonists in 1791.

Boukman’s first CD, Voudou Adjae, introduced traditional Vodou to a worldwide audiencetheir second, Kalfou Danjere (Dangerous Crossroads), was a direct response to the military overthrow of then Haitian president Jean-Bertrand Aristide. The group’s third release, Liberte (Pran pou Pran’l!) was recorded while the group was in exile in Kingston, Jamaica.

This distinguished title of United Nations Goodwill Ambassador was bestowed on Lolo and Manze in recognition of their tireless efforts to promote Love, Peace, Respect and Unity through their music, which has transcended all cultural barriers. They were also been asked to spearhead the creation of WAFUNIF’s Culture of Peace Learning Center in Haiti, which will be a school designed to introduce modern technology to poor countries around the world.

The school will provide poor, underprivileged children with computers, books, music and dance programs, and other digitally enhanced approaches to learning. The schools are created as part of a mandate for a Culture of Peace established in the UN General Assembly resolution 53/25 on the International Decade for a Culture of Peace and Non-Violence for the Children of the World 2001-2010.

While the members of Boukman Eksperyans survived the devastating Earthquake to their homeland of Haiti, each has been personally affected as all Haitians have been. 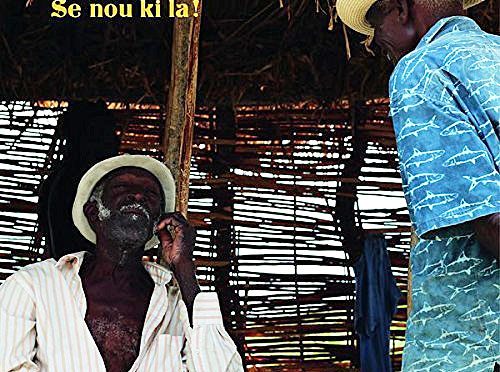 Most bands who claim to be playing Vodou music are not really: there isn’t enough time to play music how it is required in a Vodou ceremony. The point of drumming, singing, etc, in a Vodou ceremony is for there to be a possession and or a communication with Vodou spirits.

There is no way that such a phenomenon can be formatted for radio. One would have to wait for the spirit to possess someone in a ceremony or record a believer’s singing in private to a spirit. In Haiti, a subgenre of Vodou music, Rasin, was created to be Vodou music that is meant for any sort of consumption, whether secular or sacred but tailored for radio use and for contemporary performance.

Some bands, however, aim to stay true to music how it is used in Vodou religion and they play Vodou as such, Rasin Seche, or whatever they would like to call it. Azor is perhaps the most notable Haitian musician of Vodou as such, or Rasin Seche. Like in a Vodou ceremony, he sang his songs as a Simidor, surrounded by Hounsi and Reines Chantrelles. His songs, because of this, were often up to 10 minutes long. Chouk Bwa Libete’s songs on Se Nou Ki La are midway between this raw Rasin Seche and the more commercial Rasin for both secular and non secular consumption. We hear Chouk Bwa Libete sing praises to themselves on this album as no Vodou spirit expects from an officiant.

It is, in the end, an album that makes use of length to express the art of the musicians on this album and not to be a Vodou album. The lengthiest song “Je M La” is 7:53, nowhere near the amount of time it takes on average to serve a Vodou spirit. It has no choice but to: the demand for Vodou music, ceremonial music, is very small. Instead, this album, like many other albums like it, plays Vodou rhythms and Vodou lyrics as art. 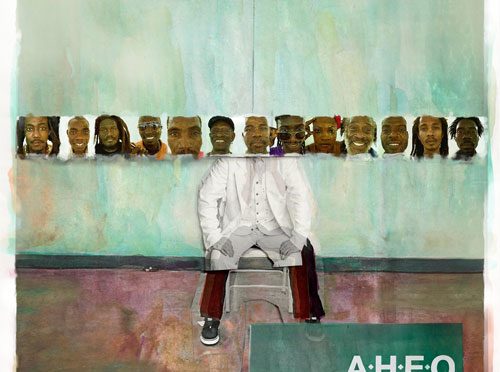 The idea for this project was spearheaded by Corinne Micaelli, the director of the French Institute in Haiti. She brought Tony Allen, an Afrobeat pioneer and trendsetter to perform in Haiti with local musicians. Erol Josué, a singer, dancer, voodoo priest, and director of the Haitian National Bureau of Ethnology, helped to recruit local percussionists and singers. They chose musician’s from Haiti’s leading bands, including Racine Mapou de Azor, RAM, Erol’s own band, the Yizra’El Band and Lakou Mizik, the group of Sanba Zao, one of Haiti’s top percussionists and traditional singers.

The musicians were given 5 days to compose and rehearse the musical pieces that they’d play in the main square of Haiti’s capital, Port-au-Prince, and broadcast live throughout the country.

Due to technical problems the concert was not recorded but Mark Mulholland had the multi-track rehearsal tapes and that’s where the material on this album came from. The vocals by Erol Josué, Sanba Zao, and the other singers were re-recorded and the pieces were mixed. The final product is a captivating set of Afrobeat rhythms from Nigeria and traditional and modern beats and chants from Haiti interlaced with jazz and electronica.

Afro-Haitian Experimental Orchestra is an instinctive, seductive and finely crafted celebration of African and Haitian music.

One of the finest Haitian roots music bands, Lakou Mizik, is currently in North America on tour. The band is promoting its new album Wa Di Yo (Cumbancha Discovery, 2016).

Buy Wa Di Yo in Europe 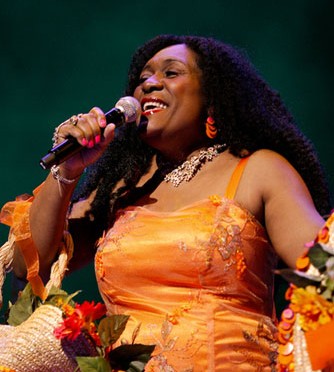 She’s now occasionally an old lady singer and a powerful Vodou priestess, or a manbo. She now mostly sits and only sometimes comments instead of being the cultural doer that she once was. She tells her memories. Before it, she was a socially and politically conscious young woman in bright colors on a vinyl cover. She sang Vodou culture songs that some in Haiti, who preferred to mimic European culture, shunned. She also sang songs about the tribulations of the country’s poor. She was a singer seen on television and heard on the radio who time and time again fed Haitian life with her a love of selfhood. As a token of their gratitude, Haitians have declared her a legend.

Carole Demesmin was at first a middle class Haitian girl from Leogane who had moved to the United States who knew very little if nothing at all about Vodou. Leogane is a city known for its Rara bands; pre-columbian culture marching bands heavily steeped in Vodou that still exist today. Regardless, she was not aware of it. She learned of Vodou in the United States, as many Haitians do. Inspired, she went on to release the majestic album Carole Maroule in 1979.

She moved back to Haiti in the early 1980’s and became one of the great singers of her people’s struggle, a people who would overthrow a dictator in 1986, a people who would be massacred by its own army in the early 1990’s and who would know a bittersweet version of democracy that would send it into a disastrous tailspin that still affects Haiti today. As things turned sometimes for the better and sometimes for the worst, she became a priestess of Vodou religion and released the albums Min Rara, Lawouze, and Kongayiti-Afrika, all to signify that we Haitians are Africans in the New World who want respect.

Her commitment to Vodou was as correct as it is beautifully expressed. No human being should be obliged to believe in a specific God or in one God. We human beings have not been successful at upholding that as a human right. Christian institutions, descendants of Roman Christianity and always close to political and social power, has done a lot of damage to one’s ability to practice another religion with dignity. It forced the polytheist slaves of the Western Hemisphere into an odd form of secrecy; they could not practice their faith in public and so their descendants have taken on similar postures. Her commitment did wonders for Haitian culture and for Haitian song. It imposed itself in public, gladly, without remorse. 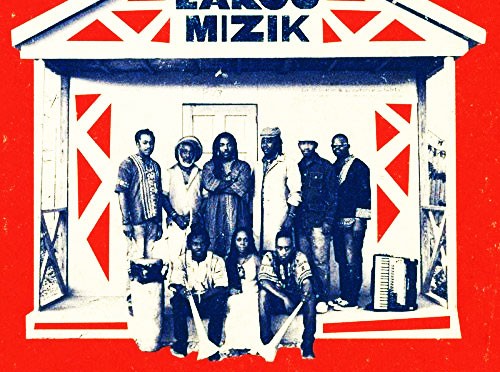 Wa Di Yo presents the joyous hip-shaking roots sound of Lakou Mizik, the finest group to have come out of Haiti in recent years.

Buy Wa Di Yo in Europe