Two of the finest guitarists from the Saharan region, Bombino and Vieux Farka Touré are set to perform on Sunday, October 13th at 8:00 p.m., at The ArtsCenter in Carrboro, North Carolina.

The “Sons of the Sahara” show is a unique collaboration in which Bombino (Niger) and Vieux Farka Touré (Mali) perform separately and together, electric and acoustic.

Tuareg musician Mdou Moctar was born in 1986 in Niger. Mdou Moctar comes from a small village in central Niger in a remote region.

Growing up in an area where secular music was nearly banned, he taught himself to play on a homemade guitar made out of wood parts. Many years later he found a real guitar and taught himself to play in secret. He immediately became a star among the village youth. In a surprising change, his songs began to win over local religious leaders with their lyrics of respect, honor, and tradition.

In 2008 he traveled to Nigeria to record his first album “Anar.” A psychedelic remake of the Tuareg sound, the electronic tracks featured innovative pitch bending synthesizers, drum machines, and autotune.

In 2010, he collaborated with the label and collective Sahel Sounds, releasing his first international album, “Afelan.”

In 2015, he co-wrote and starred in the first ever Tuareg-language film, “Rain the Color Blue with a Little Red In It,” a Saharan remake of Prince’s “Purple Rain.”

In 2017, he changed his sound once more with “Sousoume Tamachek,” a recording evoking the calm desert soundscape, tackling religion, spirituality, and love.

His album Ilana is an ambitious recording pushing Tuareg guitar into an ever louder, rock-oriented direction.

Etran Finatawa combines the rich nomadic cultures of the Tuareg and Wodaabe people from the West African country of Niger. For thousands of years, the region has served as a crossroads between the Arabs of North Africa and the sub-Saharan traditions.

Etran Finatawa mix traditional instruments with electric guitars, combining the polyphonic songs of the Wodaabe people with modern arrangements, and transporting you to the Sahara with their evocative sound. 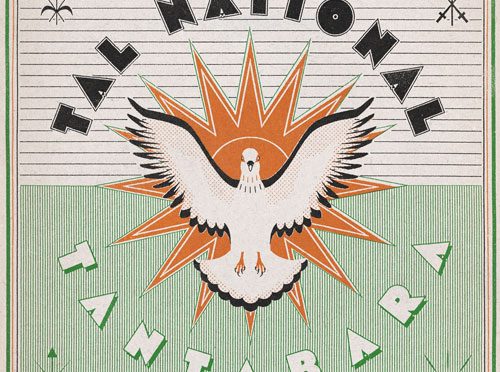 Tantabara is the new album by the remarkable Nigerien band Tal National. Their music reflects the melting pot of Niger, featuring a wide-range of traditional musical influences fro the various ethnic groups represented in the band. What’s remarkable about this collective led by guitarist Hamadal Issoufou Moumine (also known as Almeida) is that they inject powerful rock into the mix.

On Tantabara you’ll find a large variety of vocalists who combine captivating lead vocals, choruses and call and response techniques. Meanwhile, the musicians are masters at frantic polyrhythms and time shifts, changing the tempo easily from dazzling speed to laid back and trance-like moments.

Acclaimed Nigerien band Tal National is set to perform in Brooklyn, New York, on Friday, February 23, 2018 at Littlefield. The band will be presenting its latest album Tantabara on Fat Cat Records.
Tal National reached international praise with Kaani (2013), the group’s first release outside of Niger. The band’s second international album was Zoy Zoy.

This concert is part of the World Music Institute’s Counterpoint series.

Anewal, a new Tuareg act led by Alhousseini Anivolla, former lead guitarist and singer of Etran Finatawa, is set to perform on Thursday, December 7, 2017 at (le) poisson rouge in Manhattan.

Anewal will present the hypnotic desert blues sound of the Tamashek people of the Sahara.

Abdoulaye Alhassane was born in 1963 in Niamey (Niger) to a Sonrai family from Gao (Mali). He is a superb multi-instrumentalist, composer, arranger, and producer. His principle instrument is guitar and he sings and plays molo, gurmi and a number of other Central Saharan string instruments.

Toure also launched the careers of Moussa Poussy and many other singers from Niger, for whom he composed and arranged all of the music.

Abdoulaye Alhassane Toure is a master of the music of many Saharan cultures and languages: Songhai, Sonrai, Tamashek, Peul, Zerma, Hausa, and others. His original music is rich in complex rhythms, beautiful blue modes, and full of jubilant enthusiasm.