Tony Guppy was born and raised in Success Village Laventille P.O.S (Trinidad). The youngest of five brothers, he was exposed to steel drum music at a very young age.

In 1990 he toured Sweden, Germany and Denmark. In 1993 Guppy was 3rd in “pan ramajay” soloist competition held in Trinidad & Tobago. Guppy, who had been abroad performing on a cruise ship for the previous four months, returned home on the night before the competition. On the following day, upon hearing of the contest, he decided to enter. The following year he won the1st place in the “pan ramajay” soloist contest.

In 1995, he recorded on Kitchener’s album, Ah have it Cork. The following years he performed at the Milwaukee-summer festival with the Pandigenous band. He also played in Disneyland and other theme parks in California with the Trinidad & Tobago Show-boat Band.

Guppy is currently based in Japan, performing in places like Tokyo, Yokohama, Nagoya, Hiroshima, Osaka, Fukuoka, Miyazaki and Okinawa. In 2004 he toured with Japanese singer-songwriter and guitarist, Shoichi Matusnaga.
Guppy has acquired a lot of his musical knowledge from working and performing with some of the top entertainers in Trinidad & Tobago and abroad, Robert Monroe, Rudy Smith, Ralph Davies, Terrance Shaw, Earl Rodney, Sean Thomas,Curtis & Felix Ruiz, Len Boogsie Sharpe, and Joe Cea.

Desperadoes Steel Orchestra hails from Laventille, Port of Spain, Trinidad and traces its beginnings back to the 1940s. Desperadoes is considered by many to be simply the finest steel orchestra in the world.

Cliff Alexis was born in Trinidad and Tobago in 1937.  He started playing steelpan at age 14 in various steel bands in the St. James/Woodbrook area.  From 1951 to 1964, Alexis performed in various steel bands such as Trinidad Triopoli, Stereo-Phonics, Invaders and Hit Paraders.  In 1964, Alexis traveled to the United States as a member of the National Steelband of Trinidad and Tobago. He toured the Caribbean, South America, Africa, Europe and the United States with the ensemble.

After the tour, Alexis moved to the United States in 1965.  In Brooklyn, New York, he arranged for BWIA Sunjets, and performed with his own band called Cliff Alexis Trinidad Troubadours.

Alexis was hired by St. Paul Public School District 625 in the state of Minnesota for 12 years, where he worked as a steelband director and tuner.  On two occasions, Alexis received the prestigious Minneapolis/St. Paul “Outstanding Black Musician” award.

In 1985, he joined the staff of the Northern Illinois University School of Music.  Together with Al O’Connor, he created steelpan studies program where students could major in steelpan as a primary instrument.  His responsibilities included maintaining and upgrading the school’s large inventory of steel pans, arranging, composing and co-directing the NIU Steelband with Liam Teague.

He was the recipient of numerous awards from the Percussive Arts Society, Pan Trinbago, Trinidad and Tobago Folk Arts Institute, Northern Illinois University and others. Additionally, he was inducted into the Sunshine Hall of Fame with a Lifetime Achievement Award in 2002.  In 2011, Alexis was featured in the film titled “Hammer and Steel” produced by the University of Akron and Public Broadcasting System (PBS).

In November, 2013, Alexis was inducted into the Percussive Arts Society Hall of Fame.

Slinger Francisco, also known as Mighty Sparrow, was born on July 9, 1935 in Grand Roy, Grenada and migrated to Trinidad with his family when he was merely one year old.

At 20, Mighty Sparrow arose as the top Calypsonian with his record-breaking hit, Jean and Dinah. During the course of his career, he continued to release popular and influential albums with rabble-rousing lyrics and unwavering social commentary.

In 1958 Sparrow became the only calypsonian to have had a triple win, in the same year, in the Road March Competition. The calypsos included P.A.Y.E. (Pay As You Earn, a song that allowed the citizens of Trinidad and Tobago to comprehend the significance of paying taxes), Russian Satellite (a song exposing cruelty to animals) and Theresa (a song where, for the first time in his career, he used other languages).

In 1959 he released Federation, (a song that revealed his dissatisfaction over the breaking up of the planned Caribbean Federation). In 1960 he released more effective recordings such as May May and Leave the damn Doctor. Royal Jail and Ten to one is Murder followed in 1961.

In total, Might Sparrow won Trinidad’s Carnival Road March competition eight times, Calypso King/Monarch eight times, and twice earned the Calypso King of Kings designation. He has released over 70 albums to his credit.

The Renegades is the most famous steel band from Trinidad and Tobago. In 1997 they won their third consecutive “Panorama” (National Championship) and entered in the Steel Drum legend.

The Renegades are from East Port-of-Spain. They receive standing ovations during their performances, mesmerizing audiences with their varied repertoire comprising classical, pop and calypso pieces. 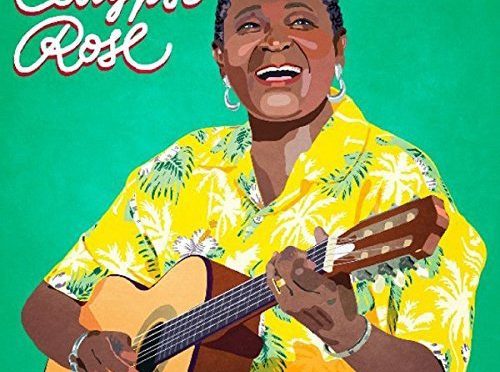 Born in Port of Spain, Trinidad in 1953 ‘Boogsie’ as he is known began to play the steelpan at the age of three. The beginning of a career that has seen him as a player composer and arranger taking the steel pan to new heights.

Interestingly though ‘Boogsie’ cannot read a note of music his dexterity as a player has brought him acclaim from his peers for his ability to adept his playing to suit any musical genre or style.

This self-taught virtuoso of the steel pan is also an accomplished pianist composer producer and the founder of the Phase II Pan Groove Steel Orchestra one of the notable pan orchestras in Trinidad and Tobago the cradle and Mecca of the Steel Pan.

Len ‘Boogsie’ Sharpe was the first steel pan player to win the National Panorama finals with his own composition.

His arrangements and compositions span a variety of musical genres including , Calypso, Classical and Jazz.

In the Caribbean he has also worked with several world-famous Calypso and Soca-Icons to name a few: The Mighty Sparrow, Lord Kitchener, Baron Duke, Black Stalin and Chalkdust.

As a soloist or as part of a group ‘Boogsie’ has amazed audiences in the Caribbean, Canada, Japan, the U.K., Germany, the Netherlands, France, Switzerland, the U.S.A., and Australia.

His travels have made him an official ‘Ambassador of the Steel Pan’.

Born on the beautiful twin island republic of Trinidad and Tobago, Jason Roseman founder of Steelpan Instruments Technology is a second generation steelpan tuner. He credits much of his success to his father Joseph Roseman who introduced and nurtured Jason’s deep love and respect for the steelpan instrument.

Jason started performing on steelpans at age eight and has traveled extensively sharing the indigenous art form of his beloved country with the rest of the world. He also has taught steelpans at secondary schools in his native Trinidad and in England.

As a tuner Jason has built steelpan instruments for individuals and educational institutions in the Caribbean, United States and Europe. Living in the United States since 1997 he continues to promote his steelpan art form every opportunity he gets.

Calypso Rose, a living legend in the calypso world, has brought her vibrant and irresistible music from her native Tobago to audiences on every continent, becoming one of the leading and most honored ambassadors of Caribbean music. In a genre traditionally dominated by males, she is the only woman to have captured the Calypso Monarch and Road March titles.

In addition to winning the Calypso Queen contest five years in a row, she has written numerous political and women’s rights songs and the calypso classic Fire In Me Wire. A documentary film, Rose, Calypso Diva, directed by Pascale Obolo was released in 2010.

Rose McCartha Linda Sandy Lewis was born in 1940 in the tiny island of Tobago in Trinidad and Tobago in the West Indies. She started singing at 15. In 1966 she wrote ‘Fire In Me Wire,’ which became an international calypso anthem.

In 1977 she became the first woman to win the crown of Calypso Monarch (a yearly competition that was originally called Calypso King but was renamed Calypso Monarch after her triumph) and the Road March title.

Calypso Rose has performed throughout the world and shared the stage with such popular stars as Miriam Makeba, Tito Puente, Mahalia Jackson, Michael Jackson, Roberta Flack, and Bob Marley.

She has written over 800 songs and recorded more than 20 albums, including the recent Rose, Calypso Diva that is available in the United States of America on the World Village label.

Calypso Rose has received more awards and medals than any other calypsonian from governments in Trinidad, New York, London, Washington, and Africa. She is featured in the films One Hand Don’t Clap and Calypso at Dirty Jim’s.

Today she lives in Queens (New York), but every year she returns to her island.