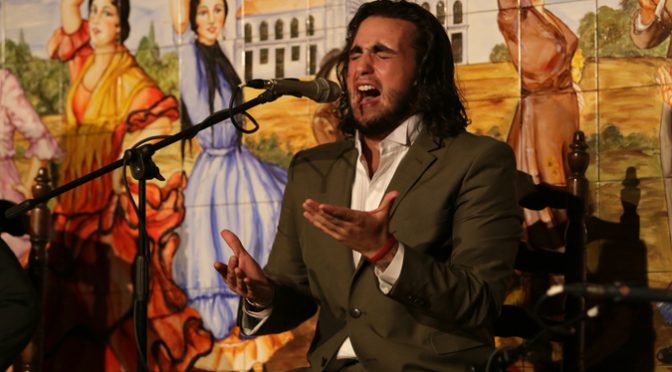 The 20th edition of the Flamenco Biennial will expand to new venues in Seville such as Factoría Cultural-Polígono Sur a place where flamenco is a natural experience.

Each Saturday, September 8, 15, 22 and 29, at noon, the series “De la mano de… (Guided by…) will take place. This is one of the great novelties this year, a project that pursues the discovery of new artists sponsored by three well known artists, each one of them from the three disciplines of flamenco jondo art (guitar, dance and song). These great artists are acclaimed guitarist Gerardo Núñez, celebrated dancer Farruquito and renowned cantaor (singer) José Valencia.

The series will close on Saturday 29 with the show “3,000 Descendants”.

More about the Flamenco Biennial at www.labienal.com

Gerardo Núñez is considered one of the best guitarists of all genres in the world today. He is comfortable playing deeply emotional traditional Flamenco at an amazing speed, but he can also venture into jazz, Latin music, and other genres with ease.

Gerardo Núñez was born in 1961. He grew up in Jerez de la Frontera, in southern Spain, listening to Flamenco and also to American rock and jazz. At an early age, he took guitar lessons from Rafael Aguilar. At fourteen, he was a skilled player and accompanied well-known Flamenco singers like Tío Gregorio El Borrico, Terremoto de Jerez, José el de la Tomasa and Manuel Mairena.

Gerardo studied at the Cátedra de Flamencología (Flamencology School) in Jerez de la Frontera, the only music school in Spain with a department exclusively dedicated to teaching Flamenco music. Later, he moved to Madrid, where he worked with various professional Flamenco dance companies, including the famous Mario Maya Dance Company, where he met world class dancer Carmen Cortés, who later became his wife. In 1981, Gerardo toured Japan together with fellow guitarist Paco Cepero.

Settled in Madrid, Gerardo began to experiment with top jazz musicians like pianist Tomás San Miguel and Nuevo Flamenco saxophone player and flautist Jorge Pardo. Gerardo also participated in the annual Flamenco Summit several times and has performed as a solo artist and with his band in New York City, Tokyo, Paris, Zurich, Sao Paulo, Dublin and many other cities.

Gerardo Núñez has recorded as a guest with pop stars like Julio Iglesias, Mecano and Rosario and other world class artists such as Radio Tarifa, Danilo Pérez, John Patitucci, Michael Brecker, and Andreas Vollenweider.

In 2002 he won the Giraldilla award for best flamenco guitarist at the Bienal de Flamenco.

In 2016, Gerardo recorded an album with Swedish guitarist Ulf Wakenius.

Gerardo lives in Madrid during winter and spends summers in southern Spain, taking care of his vineyard and teaching guitar workshops in Sanlucar de Barrameda.

World Music Central presents the Best World Music Albums of 2016. First, we begin with our top 20:

Next, the best 10 from the editor of the Spanish-language Músicas del Mundo online magazine, Rafael Mieses:

To see the TWMC Top 50, go to www.transglobalwmc.com/category/charts/ 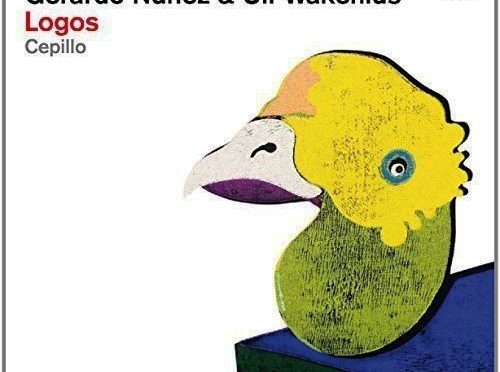 Journalist, writer and provocateur Hunter S. Thompson once wrote, “Music has always been a matter of Energy to me, a question of Fuel. Sentimental people call it Inspiration, but what they really mean is Fuel. I have always needed Fuel. I am a serious consumer. On some nights I still believe that a car with the gas needle on empty can run about fifty more miles if you have the right music very loud on the radio.”

Whether you’re bent on calling it inspiration or fuel, music is one of those things that indelibly mark us; it is those bright, shiny pieces we pick up simply because we are slaves to it whether we want to be or not. Speaking of the bright and shiny, guitar and flamenco fans have a set of the brilliantly fiery pieces to clutch at and put away in their pockets with ACT Music’s release of Logos by Spain’s famed flamenco guitarist Gerardo Nuñez and Sweden’s master jazz guitarist Ulf Wakenius.

With recordings such as Calima (1998), Flamencos en Nueva York (1992), Travesia (2012) Jucal (1997) and Jazzpaña Live (2015) to his credit Mr. Nuñez teamed up with Mr. Wakenius, who has own recording credits that go beyond work with the Oscar Peterson quartet and the Ray Brown trio such as Vagabond (2012), Momento Magico (2014), Love is Real (2008) and Forever You (2013), for the live recording Jazzpaña Live in 2015. Hitching a ride to that collaboration, Logos is a rich and rewarding collaboration for this unlikely pairing. Fiery, masterful and simply superb, Logos dives deep into the waters where flamenco and jazz eddy together to create a whirlpool that’s warm and effervescent.

Deliciously vibrant, Logos opens with title track “Logos” and it’s difficult not to get a little breathless as this pair finds a groove that is so finely and tautly drawn. Joined by flamenco percussionist Cepillo, as well as Mr. Nunez’s wife Carmen Cortes and daughter Isabel Nuñez on palmas, Logos travels a road that lushly landscaped, where every turn is yet another stunning overlook with tracks like “Selene,” “Habana” and “Mirlo.”

With the bulk of the composition credits going to Mr. Nuñez, Logos revisits a few of his earlier themes, but the pair collaborates together on flamenco fiery “Fui Piedra” that includes vocals by flamenco singer Cancun.

Mr. Wakenius takes his own composing credit for the breezily elegant “Mirlo.” Fans get other goodies like the rich and savvy “Orfeo,” the dramatic “Liber Pater” and the graceful “Sevilla.” Kudos should definitely go to sound people and studio staff because this is one of those crystal clear recordings where listeners can pick out every nuance and note.

Logos is indeed bright and shiny polished and is very definition of masterful, but it’s not like we’d expect anything different from these consummate guitarists. So, yeah, I see us going an extra fifty miles and beyond with this kind of fuel.

Buy Logos in the Americas