Damian Draghici – Born in Bucharest, into one of the most distinguished musical families with a tradition in music for over seven generations, Damian first began to play the cymbalom (hand dulcimer), then the piano, bass, drums and accordion at an age when most us are first learning to speak. When he was still too young to play standard woodwind instruments, a small pan-flute was created especially for him.

Damian carried on the family tradition and became a master of the pan-flute. By the age of ten, he had won five times consecutively, the first prize of the National Festival of Romania. He was only twelve when he started to collaborate with famous musicians and bandleaders. By the age of fourteen, he had “broken the ice” being able to perform live on TV, the G major Concert for Flute by W. A. Mozart and Suite in B minor for Flute, by J. S. Bach.

He developed new techniques to expand the versatility of this very unique instrument, being able to perform and control different styles of music on this very ancient instrument such as: World Music, Classical, Jazz, Avant-garde, New Age and other styles.

Damian started recording as a sideman and a leader at the very young age of fifteen, being a member of the National Romanian Radio Broadcasting Orchestra, from which he started to perform and toured within the Romanian music industry. Soon he was nicknamed “Speed of Light” because of his virtuosity.

His artistic qualities are of a world premier class, musical themes and aspects of his performance represent a contemporary artist with genius inspirations. A virtuoso pan-flute player, his interpretative art is characterized with naturalness, sensibility, variety of nuance and the attention paid to balance the substance of musicality and virtuosity.

A full scholarship from Berklee College of Music brought Damian to the USA, giving him the opportunity to increase his knowledge and introduce the pan-flute to the world of jazz and having the honor of being the first pan-flute player in the history of music holding a Bachelor of Music degree on this instrument. A recording artist with European divisions of Sony and other record labels, he has already released fourteen CD’s.

In November 2001, Damian made a triumphant return to his homeland to perform to an audience of 72,000 at the Centru Civic in Bucharest. The moonlit, 7,000 room government palace (commissioned ten years earlier by Ceausescu) formed a dramatic backdrop for the concert he created to “give three hours of happiness to my people and show them you can succeed if you really want something badly enough.” 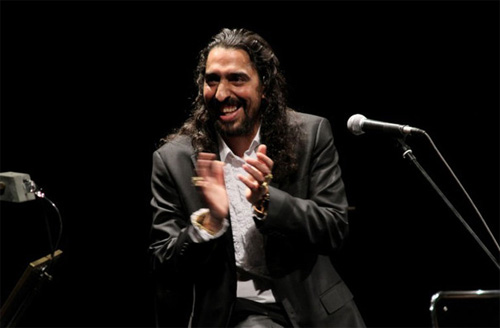 I’ve long contended that Latin music (something of a loaded term) was the first world music (ditto) to catch on in a big way. Even if many a mainstream fan’s interest began and ended with Latin big bands, Desi Arnaz, “Tequila,” Santana or the Buena Vista Social Club, there’s no denying Latin music’s permeation into our collective listening consciousness. Me, I love both the purist and fusionist sides of the story. The Buena Vista Social Club was, after all, originally intended to be a collaboration between Cuban and West African musicians. It didn’t work out that way, but the path had already been cleared by that point and many have since trod it.

Thankfully, one recently planned Cuban/non-Cuban musical project that did come to fruition has a very fine CD as the result. Havana Night Sessions at Abdala Studios (Universal Music Romania, 2016) by a collective called The Gypsy Cuban Project sounds very much like what you’d expect from a band with that name: a passionate, freewheeling, seamless melding of Roma and Cuban music.

Romanian musician, activist and parliamentarian Damian Draghici brought 15 players and singers from Europe to Cuba. What they found there was a shared desire to record songs that bridged the two cultures and musicians with the chops to make it happen. The arrangements on the disc reflect the more Cuban angle, but Gypsy elements emerge in the atypical, serpentine way that distinctly Romany-toned strings, brass and accordion tartly take the lead during many of the breaks and solo passages as well as the subtle (but no less heartfelt) shifts in mood when the vocals trade off from one side to the other.

Bolero meets sevdah on the slower tunes and both are stronger for it, while the dance floor tracks are a transatlantic party of the first order. There’s not one bum tune in the bunch, but I particularly like the way the voice of Omara Portuondo is shadowed by what sounds like a pan flute on “Serenata En Batanga” and the slow-burn version of “Chan Chan” that wraps things up.

I was hoping my copy of the CD would be loaded with credits and liner notes. Because it was an advance version, however, no such info was to be found therein. Oh, the tribulations of a music journalist. So when you have the good sense to buy this crackling good disc, you’ll likely get more of the story in addition to the marvelous music.

Madrid-born contemporary flamenco singer Diego El Cigala goes for more of an in-house approach, combining the emotive reach of his grandly grainy vocals with golden era salsa on Indestructible (Sony Music Latin, 2016). Cigala has stepped out of his flamenco roots to cross paths with Cuban and Argentinian music in the past, so he knows how to adapt his vocal nuances.

His focus on this disc is the classic salsa sound brought to the world by the Fania label in the ‘70s, and the fact that Cigala recorded it with salsa master musicians in the U.S., Puerto Rico, Colombia and Spain attests to just how worldly the reach of salsa was and is. The title track is the classic composed by conguero Ray Barretto and burns with all the trademarks of the genre: blazing horns, swirling piano, supernaturally tight percussion, snug bass and a lungful of vocal power. Cigala hits the heights on that one and every other, most of which are chestnuts from Fania that incorporate the salsa subtleties of the places they were recorded.

The smatter of originals like the Bebo Valdés tribute “Fiesta Para Bebo” are no less mighty. And when things slow down a little, as on “Conversación en Tiempo de Bolero,” Cigala wields his voice like the well-honed instrument it is, matching the interplay of Gonzalo Rubalcaba’s piano and a very sharp rhythm section. Rubalcaba is also present on the concluding Beny Moré composition “Como Fue,” a vocal and piano duet that rounds out one grand and glorious album. Salsa fans; don’t miss this one.