Rhonda Vincent was born July 13 1962 in Kirksville, Missouri. Vincent was raised on bluegrass first taking the stage with her family’s band the Sally Mountain Show when she was barely five years old. She started learning mandolin at age eight, which was also when she released her first single, an arrangement of ‘Mule Skinner Blues’ that Vincent still performs.

Learning the nuances of harmony arrangement and stage presence by playing with the Sally Mountain Show throughout her childhood, Vincent grew into a formidable musician (mandolin, fiddle, guitar and most anything else with strings) and a remarkable lead singer able to deliver both overpowering up-tempo numbers and soulful introspective ballads.

Her early bluegrass solo albums led to a Nashville recording contract, and the experience of making her two commercial country efforts taught her essential lessons about the inner workings of the music industry.

Vincent triumphantly returned to bluegrass with her 2000 Rounder debut Back Home Again. That same year the bluegrass community welcomed her back with Female Vocalist of the Year honors at the International Bluegrass Music Association (I.B.M.A.) awards ‘ her first of an unprecedented six consecutive wins in that category.
She received the coveted Entertainer of the Year award from I.B.M.A. the following year concurrent with the release of her second Rounder album The Storm Still Rages.

One Step Ahead followed in 2003 and included ‘You Can’t Take It With You When You Go ‘ a top-five video hit on CMT.

At the same time, Vincent was refining her supporting group the Rage. When the lineup evolved to include guitarist and mandolinist Josh Williams, fiddler Hunter Berry, bassist Mickey Harris and banjo player Kenny Ingram, Rhonda felt the time was right to document the excitement of their live concerts on CD and DVD. Ragin’ Live was released in 2005 and featured a selection of prior instrumental and vocal favorites along with several previously unrecorded songs that found Vincent working with a small string section in a more intimate evocative style.

Her next album was All American Bluegrass Girl (2006) “I did intentionally want to make sure that this album had more of a classic sound,” she said “since we ventured away from that style a little bit on Ragin’ Live. But I always hope to have a good balance of everything ‘ from in-your-face bluegrass to softer acoustic country sounds. I approached this album like I do our live performances and try to have something for everybody.”

Good Thing Going was released in 2008. The twelve tracks included five originals or co-writes along with contemporary and classic cover tracks.

In 2011, Vincent and celebrated country artist Gene Watson released a duet album titled Your Money and My Good Looks.

Sunday Mornin’ Singin’, an album of old time gospel classics, was released in 2012.

Chris Thile will conclude his season-long Debs Composer’s Chair residency at Carnegie Hall on Wednesday, May 8, 2019. The special one-night-only performance at Stern Auditorium / Perelman Stage, includes his celebrated acoustic groups Nickel Creek and Punch Brothers on the same bill for the first time.

Mandolin virtuoso and vocalist Roland White recorded A Tribute to the Kentucky Colonels with various generations of bluegrass musicians. Roland, who was inducted into the International Bluegrass Music Association Hall of Fame, was one of the original founders of the Kentucky Colonels, a bluegrass band from southern California that became popular during the 1960s.

Virtuoso newgrass mandolinist Frank Solivan and his band Dirty Kitchen have announced the release of a new album titled You Can’t Stand The Heat. The album is set for release on February 8, 2019 on Compass Records. This new project is being co-produced by Alison Brown, Compass co-founder and Grammy winner, and will feature guest vocal appearances from Danny Paisley, Dudley Connell. Michael Cleveland also appears on fiddle.

Mandolin maestro U. Srinivas was born on February 28, 1969 in Palakollu, India.

U. Srinivas was among the most significant musicians of Southern India. By the age of 30, U. Srinivas had become a major international musical figure. A member of the current line-up of Shakti, he took the mandolin, an instrument previously unknown in India, to unique classical heights and has become renowned for the strong sense of spirituality and breathtaking virtuosity of his playing.

“I thought that it’s common to hear people playing classical music on the violin or veena, so why don’t I try something new?” he remembered. “I never dreamed I would become so well known or that the mandolin would become so popular.” 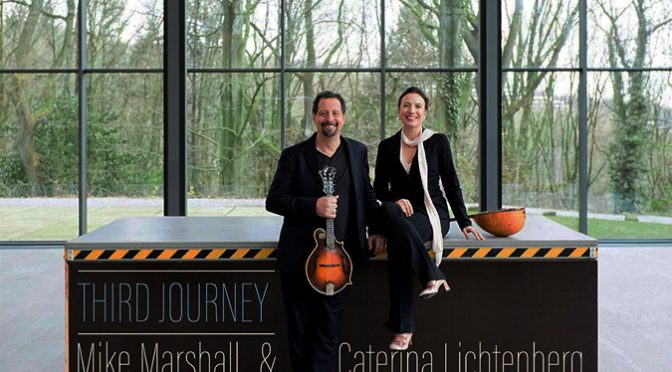 Two of the leading American mandolin players, Mike Marshall and Caterina Lichtenberg, reconnect again for the third time. Third Journey contains a set of superb mandolin duos showcasing the virtuosity of both musicians. The music is inspired by bluegrass and other forms of American traditional music, along with Brazilian sounds, Bach and jazz-infused improvisation.

Mike Marshall and Caterina Lichtenberg met in 2007 at the Mandolin Symposium in Santa Cruz, California. Although they had heard about each other, had each other’s albums and respected each other’s playing, they had not met formally. The duo’s first collaborations was titled Mike Marshall & Caterina Lichtenberg (Adventure Music, 2018) with a focus on Bach, Brazilian music, Bulgarian traditions and bluegrass music. The second album, JS Bach (Adventure Music (2015) was dedicated to their favorite composer Johann Sebastian Bach. 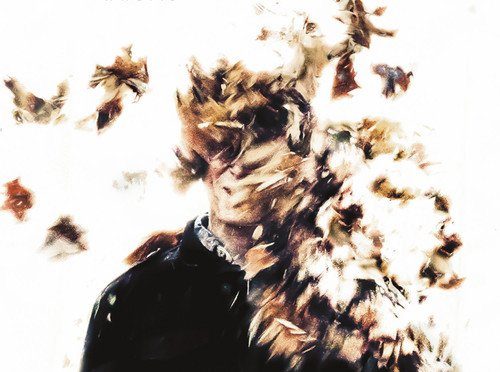 Whorls is the debut album of a superb string band led by fiddler Jeremy Kittel, who was a member of the renowned Turtle Island Quartet. The ensemble features 5 talented musicians who deliver an exquisite mix of American and Celtic roots music, jazz and classical music.

The majority of the tracks on Whorls are instrumental, showcasing the instrumentalists’ virtuosity, improvisatory skills and melodic creativity. Mesmerizing vocals are featured on two tracks, provided by Kittel and Sarah Jarosz, who adds spellbinding ethereal harmonies.

The lineup on Whorls includes Jeremy Kittel on violin, viola and vocals; Josh Pinkham on mandolin; Quinn Bachand on guitar; Nathaniel Smith on cello and organ; and Simon Chrisman on hammered-dulcimer. Guest: Sarah Jarosz on vocals.

Hamilton de Holanda was born in 1976. He is a gifted virtuoso mandolinist who has revolutionized the mandolin. He developed his own music thorough a polyphonic playing technique, as well as an enriched timbral and percussive palette on his extended range mandolin as he added a low C string for a total of 10 vs. 8. He always speaks of “my instrument, as the name says, is only an instrument to express my gratitude to life, to this moment in time we call now“.

Having won many national and international prizes and often acclaimed as the Jimmy Hendrix of the mandolin, his talent went rapidly beyond the borders of Brazil. In December 2001, Hamilton vied with the cream of Brazilian performers of both academic music and improvised music, and won a Brazilian Award the Icatu Music Prize in both popular and erudite disciplines. This earned him a fellowship at the Cite des Arts in Paris until February 2003. Thus, he has built a bridge with the Old Continent, which he has been regularly touring since he returned to Brazil again.

The concept that underpins the Quintet’s music making is that diversity in music ought to know no boundaries. Speaking about M?sica Popular Brasileira (MPB), Hamilton de Holanda states “this concert is a homage to the Brazilian people and Brazil’s young musicians, that intuitively have been creating a novel way to express their art – the Modern Instrumental Brazilian Music – underpinned by Brazilian inherent features and tradition without loosing sight of current universal themes.”

Hamilton de Holanda explains that the young musicians are indeed citizens of the world that bring Brazilian flavor to the universal pot. The concert Brasilianos 2 is homonymous with the CD released recently based on the most notable names in Brazilian instrumental music, as for example, Hermeto Pascoal, Pixinguinha, Baden Powell, Egberto Gismonti, Toninho Horta, Raphael Rabelo among others and with inspiration drawn from world music such as Jazz, Flamenco, Cuban and African. He adds that “most of the songs lend themselves to be executed with the same fluency either by whistling or orchestra, eloquent melodies with rhythm, harmony and improvisation, singularities of sophisticated Brazilian music.”

Sierra Dawn Hull was born September 27, 1991 in Byrdstown, Tennessee. She began playing mandolin at age eight and quickly became noted on the national festival scene for her fluid inventive picking, winning several mandolin and guitar championships in the process.

She self-released an instrumental CD, Angel Mountain in 2002. She recorded Secrets (Rounder) at 15 and released it in 2008 at 16. Among the musicians and vocalists joining her on Secrets are Ron Block, Barry Bales, Dennis Crouch, Jerry Douglas, Stuart Duncan, Clay Hess, Rob Ickes, Chris Jones, Jason Moore, Tony Rice, Dan Tyminski, Jim VanCleve, and the banjo phenom Cory Walker who was seventeen years old at the time and had already played alongside Sierra for several years.

“What I’ve seen in Sierra over the months of working on Secrets is a passion for music in general, and specifically for bluegrass,” said Secrets co-producer Ron Block. “She has an intense desire for excellence a love of good songs and an attention to detail that is not often found in someone so young; she’s only going to get better and better as time goes on. It’ll be intriguing to watch how her vision and creativity affect the future of bluegrass in the coming years.”

Sierra was a featured performer on the Great High Mountain Tour which included an all-star bluegrass lineup performing songs from the soundtracks of the hit movies O Brother Where Art Thou and Cold Mountain. A seasoned performer, she has appeared on the Grand Ole Opry radio and television shows and shared the stage with various bluegrass legends such as Alison Krauss, IIIrd Tyme Out, Sam Bush, Mountain Heart, and Ricky Skaggs.

An active member of the International Bluegrass Music Association (IBMA) Sierra has been performing in that organization’s annual convention showcases of young bluegrass talent since she was ten. As co-host (with Ryan Holladay) of IBMA’s educational DVD release Discover Bluegrass: Exploring American Roots Music, Sierra played an integral part in their effort to introduce young audiences to this uniquely American genre.

Her third album Daybreak was produced by Union Station’s Barry Bales and features some of the best singers and pickers in the bluegrass scene.

The International Bluegrass Music Association named Sierra the 2016 Mandolin Player of the Year, the first woman in the association’s history to take home this honor.

Mike Marshall grew up in Central Florida, where he developed his career playing traditional American music. His interest in many musicals styles however eventually led him to the San Francisco Bay Area to join the original David Grisman Quintet in 1978 at age 19. This band toured and recorded with the legendary jazz violinist Stephan Grappelli, Mark O’Connor and guitarist Tony Rice. They performed on the popular American TV program Johnny Carson Show that same year and toured Europe and Japan and helped set a new standard for American stringband music.

Since then Mike has continued pushing the boundaries of acoustic music and can be heard on hundreds of recordings as a composer featured artist sideman and producer.

Mike is one of the most accomplished and versatile string instrumentalists in American music today. A master on mandolin, guitar, mandocello and violin he has created adventurous instrumental music for over 30 years.

As a teacher, Mike founded a one week mandolin camp for in 2002 with his colleague David Grisman. The Mandolin Symposium takes place the last week of June at U.C. Santa Cruz with over 15 mandolinists and some of of the greatest players/teachers in the world.