Madison Celtic Festival will take place during the weekend of March 9th-10th, 2018. The two headliners this year are Lúnasa and We Banjo 3. The festival also includes free dance, music and travel workshops.

We Banjo 3 is made up of two pairs of gifted siblings from Galway, Ireland: brothers Enda Scahill on tenor banjo, vocals and Fergal Scahill on fiddle, viola, dobro, percussion, guitar, mandolin, vocals; and brothers Martin Howley on tenor banjo, mandolin, vocals and David Howley on lead vocals, guitar. The group has created a new genre of music that combines traditional Irish music with American bluegrass music to form “Celtgrass.”

Since the band of brothers came together in 2011, they have released four albums. Their most recent album is String Theory. 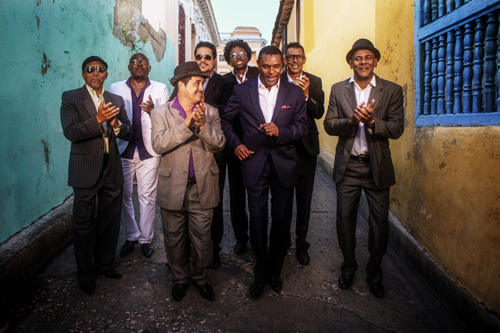 The Savannah Music Festival has announced the world music artists set to perform in 2018. The festival next year will take place March 29th through April 14th, 2018, at a number of venues throughout Savannah’s Historic District.

Malian kora maestro Toumani Diabaté is set to perform with his son Sidiki Diabaté in A World of Strings, an original production also including Brazilian music played by Savannah Music Festival Associate Artistic Director and mandolinist Mike Marshall and pianist Jovino Santos Neto (who will also play a solo show).

Festival favorites Lúnasa (Ireland) and Tim O’Brien will team up for a concert of Irish and Appalachian-influenced music.

For ticket information and the rest of the programming, including classical music, American roots music, jazz, theatrical productions and films, visit www.savannahmusicfestival.org.

Ireland’s all-star quintet Lúnasa has become one of the most sought-after bands on the international Irish music scene. The band’s inventive arrangements and bass-driven grooves are steering Irish acoustic music into surprising new territory. Lúnasa made their worldwide Green Linnet debut in October 1999 with their release Otherworld.

Named for an ancient Celtic harvest festival in honor of the Irish god Lugh, patron of the arts, Lúnasa is indeed a gathering of some of the top musical talents in Ireland. Its members have helped formed the backbone of some of the greatest Irish groups of the decade.

Bassist Trevor Hutchinson was a key member of The Waterboys, and later he and guitarist Donogh Hennessy would form the dynamic rhythm section of The Sharon Shannon Band. Fiddler Seán Smyth is an All-Ireland champion who has played with Dónal Lunny’s Coolfin; and Kevin Crawford, considered to be among the finest flutists in Ireland, also plays with the acclaimed traditional group Moving Cloud.

Add to this Otherworld’s guest performers (and original Lúnasa members) uilleann piper John McSherry (Coolfin) and flutist Michael McGoldrick (Capercaillie), and touring member piper Cillian Vallely (of the same talented musical family as brother Niall Vallely of Nomos) and you have the makings of a powerful new band.

Like the younger generation of Nashville musicians such as Béla Fleck or Edgar Meyer, pushing the boundaries of bluegrass into jazz and beyond, Lúnasa arehave been redefining Irish music by going right to the heart of its rhythms. With its distinctive use of the upright acoustic bass — brought front and center by Hutchinson’s remarkable playing — teamed with Hennessey’s percussive guitar, the group seeks out the essential heartbeat of a tune.

“There are lots of great melodies in Irish music but often people don’t hear the rhythms underneath,” says founding member Seán Smyth. “We try to relate the swing or energy out of the music, using new rhythms, letting each instrument add its own unique layer. We’ll play the same tune over and over searching for the groove, exploring it. We let the music find its pulse.”

The result is a sound that, though distinctly Irish in flavor, touches on jazz and other improvisational music forms. Inspired by Ireland’s great 1970s group The Bothy Band, Lúnasa use melodic interweaving of wind and string instruments, pairing flutes, fiddle, whistle and pipes in often breathtaking arrangements.

“I had a vision of the type of music I wanted to create,” says Seán. “In my books, the most influential band was the Bothy Band, who were flute, pipes and fiddle based.”

Seeds for Lúnasa were planted when Seán hooked up with Trevor and Donogh for a short tour of Scandinavia in late1996. The trio clicked so well that back in Ireland, they brought in John McSherry and Michael McGoldrick to record some concerts. A tour of Australia in January 1997 brought Kevin on board, and the band began to take off.

“The response when we started playing at home was just great,” adds Seán. Within several months, they were filling venues with spellbound audiences in Ireland, and began to expand their tours to other parts of the world. After a particularly memorable concert at Matt Molloy’s, a renowned music pub in the West of Ireland, owned by the former-Bothy Band and Chieftains flutist. Molloy himself gave the new band his blessing, remarking “they remind me of a band I used to play with!”

At the end of 1997, the band released their first CD Lúnasa, a mix of concert and studio tracks gathered from their prolific year together. It was immediately hailed as one of the finest, freshest recordings of Irish music in years, called “moving, pulsating, and thrilling to the very marrow” by Folk Roots and “a true must-have disc” by the Irish Voice.

Otherworld, the exciting second album from Lúnasa, is a stunning cycle of instrumentals that captures all the performance intensity for which they’re widely acclaimed. The album impressively fulfills the promise of its title, taking listeners to a realm of Irish music full of imaginative leaps and blazing skill.