World Music Expo WOMEX has revealed the first batch of offWOMEX showcase artists. These acts will be performing October 25-29, 2017 in Katowice, Poland. Additional artists will be announced in the next days.

Spanish world music sensation La Banda Morisca will be on tour in the United States during November 2017. “The Algarabya” Tour will showcase the band’s new album titled Algarabya.

La Banda Morisca, one of Spain’s finest world music acts, is set to perform on Saturday, November 19, 2016 at Roulette in New York City.

La Banda Morisca is based in Jerez de la Frontera, one of the cradles of flamenco. The group plays a mix of traditional flamenco, Arab-Andalusian melodies and rock. The concert will include material from La Banda Morisca’s recent album, Algarabya. 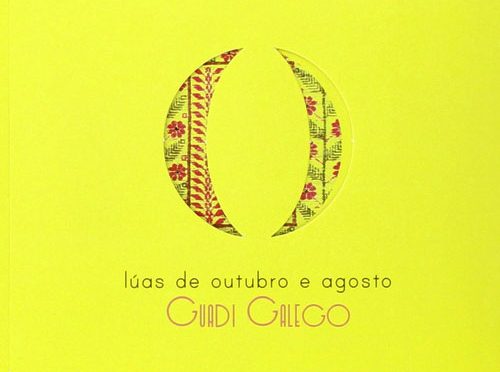 Not sure why, but I’ve recently been receiving a steady stream of music from the Fol label out of Spain. Some I initially put aside with the intention of getting to it later, only to have it seem to vanish in that strange manner that befalls neglected objects. So I set myself to being more attentive and more open-eared, and not surprisingly have been rewarded with sounds I’m enjoying very much. What follows are overviews of just a few, enough to make me realize how stupid I’ve been for not tuning in to the bigger picture. I promise I shall (or at least try to) from now on.

Guadi Galego is a sweet-voiced singer and pianist who straddles the vocal line between vulnerable and intense on what seems to be her second release, Luas de Outubro e Augosto. The songs are consistently low-key and beats of any sort are largely absent, and it doesn’t matter. With help from producer and multi-instrumentalist Pachi Garcia Elis, the disc is a short, entrancing flow of ballads that are sometimes minimally accompanied but often are built against walls of sonic ambience that, like Galego’s prominent vocals, carry a sense of both authenticity and experimentation.

Mixing largely acoustic instruments with tradition, plus hints of jazz and Celtic feel, Davide Salvado scores big on his album Lobos. Layers of percussion (some played by Salvado himself) underpin arrangements that range from melancholy to jaunty and are enriched with guitar, mandolin, sax, bouzouki, standup bass, accordion, violin, ocarina and harp. Salvado’s vocals are emotive yet understated, with an appealing everyman quality that goes straight to the heart and stays there. This one’s a definite keeper.

Salvado’s vocals and percussion are also part of a quartet called Rustica whose self-titled disc is a co-release with Zouma Records. (So why does my computer’s Windows Media Player display graphics that look Japanese when I put the CD in? I don’t know.) The other members of Rustica are Cristina Pato on gaita (bagpipe), Anxo Pintos on zanfona (hurdy-gurdy) and accordionist Roberto Comesaña. Traditional to the core, the music they create is spine-tingling, magical stuff that usually seeps its way along with a droning, shadowy mystique.

A few lively, danceable attacks break the spell as well as adding to it, and if I had my way, there’d be a higher quotient of fast moments to balance out the prevailing slow ones. Salvado goes more operatic here than on his own release, the musicianship is superb, and the album’s rather lean 31-minute running time doesn’t feel lacking.

I figured I would like La Banda Morisca’s Algarabiya when I saw the imagery the CD presented. On the cover are five guys walking a sandy landscape, one with a guimbri slung over his back. Better still, there’s the hamsa symbol in the band’s logo. Spanish music with ties to the country’s Moorish past is a particular favorite of mine, and it looks and sounds as if La Banda Morisca will go a good way towards filling the gap left by the demise of Radio Tarifa. The former’s combination of North African and Middle Eastern motifs with enhanced flamenco rhythms is a fiery delight that ignites every track.

JoseMari Cala’s undulating, serpentine vocals lead the way, and instruments that include oud, cumbus and the aforementioned guimbri recall Andalusian splendor while stirring sparks of Gnawa spirit. Oh, and what do you know- there’s guest player Vincent Molino, once a key member of Radio Tarifa, making the sound even more zesty with his superb reed work.

From the looks of the italicized small print, it seems the tracks were recorded in the far, far southern Spanish region of Tarifa as well. But La Banda Morisca aren’t simply imitators. (Most of their grooves are played on a drum set rather than hand percussion, for example.) What they certainly are is an incredibly tight band with an obvious passion for modernizing Spain’s rich musical past to just the right degree, and they do it very well.