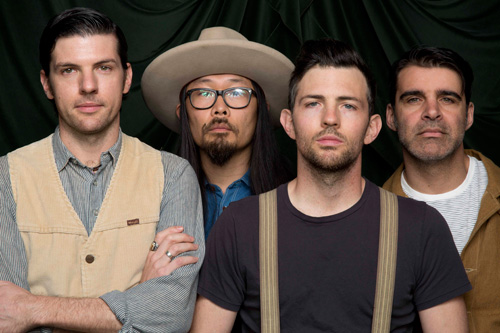 The Avett Brothers is a folk-rock act based in Mount Pleasant, North Carolina. Brothers Scott and Seth Avett grew up in Concord, North Carolina. They had success with their 2009 major label release, “I and Love and You,” that reached No. 16 on the Billboard Top 200.

In 2012, the critically ac claimed “The Carpenter” was No. 4 on the Billboard Top 200. The group appeared on the American late night show Jimmy Kimmel LIVE! twice in a few months’ time. During their second performance, the Brooklyn Philharmonic joined to pay tribute to Brooklyn with “I and Love and You” at Mr. Kimmel’s request.

The Avett Brothers’ eighth studio album, “Magpie and the Dandelion,” reached No. 5 on the Billboard Top 200. The band performed on various significant American TV shows, including The Tonight Show with Jay Leno, The Late Show with David Letterman and accompanied Chris Cornell for a Pearl Jam tribute on Late Night with Jimmy Fallon. The band also supported The Rolling Stones concert in Raleigh, North Carolina, during 2015’s Zip Code Tour.