The trio delivers masterful performances showcasing their talent in a set of original songs by D’Gary, Régis Gizavo and other songwriters. You’ll find fiery guitar and accordion pieces, along with beautiful laid back songs.

Sadly, Règis Gizavo died on July 16, 2017. Toko Telo have decided to continue to perform in his honor.

Buy the Toy Raha Toy CD or the MP3 download. 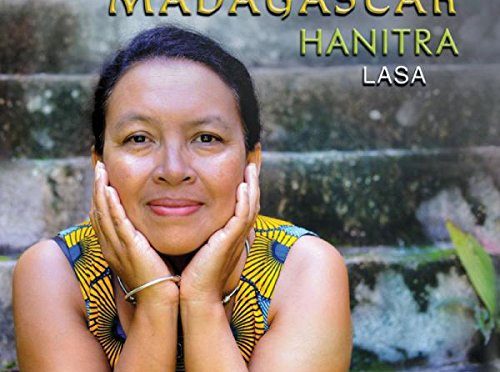 A frequent complaint from listeners about world music releases is that they are too various. Artists from musical rivulets outside the mainstream seem to feel like representatives of their beloved homelands’ entire musical tradition, and try to share it all in one CD release. It is a natural impulse, akin to the “First Release Syndrome” reviewers often sense even in mainstream pop. It is, however, rarely possible for an artist to successfully pack forty pounds of ethnomusicology into a two-pound bag. Hanitra, on ARC’s new offering, “Songs from Madagascar – Lasa,” is an exception.

Song topics on this disc range, as liner notes announce, from “deforestation … to same-sex love, maltreatment of wives and a rebellion of housewives,” yet has continuity and impact as a package.

Hanitra has an ideally broad background as an individual and in educational background, and is a perfect representative of Madagascar’s various physical and cultural concerns. The tracks are as much songlines as songs, providing listeners maps of her country and her heart. Elegantly simple in instrumentation, the songs are beautifully layered and sophisticated in presentation, thanks both to the backing combo and the engineers. “Lasa” is a tribute to Hanitra, her recording team and her label.