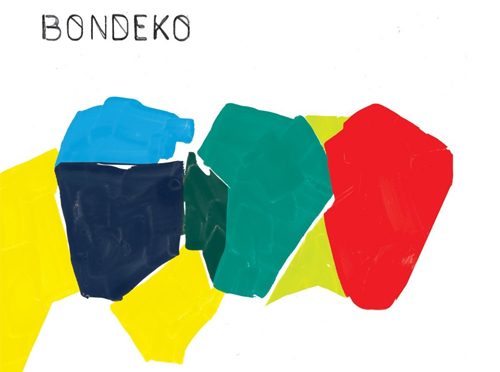 We use music for a variety of things. We use it as entertainment, to get across a message, to get through our daily workout, to get up in the morning or to fall asleep at night. It is our emotional release allowing us to sing and dance at will. It sets the mood for our carnal encounters and plays a central role in many of our religious rites. Music can convey all shades of human emotion, having us politely applauding or behaving like animals. A piece of music can be played to a gargantuan crowd and still the meaning can be felt individually. But perhaps one of the best things is when music surprises us, when it snags those invisible cerebral threads and enthralls us.

That being said, I am pleased, surprised and utterly enthralled by Toto Bona Lokua’s Bondeko out on the No Format! record label. Silky smooth riches eke out of every track on this offering by French-born composer, singer and multi-instrumentalist Gerald Toto; Cameroonian singer and jazz bassist Richard Bona; and singer and songwriter Lokua Kanza from the Democratic Republic of Congo. Slyly cool and cleverly crafted, Bondeko perfects a sound that is smoothly flavorful and richly worked homage to Caribbean breeziness, Afro-beat lushness and African troubadours.

Opening with the birdsong laced “Ma Mama,” listeners are treated to this trio’s spectacular vocals before giving way to the sassy guitar, bass and percussion backed “Naleki.”

“Youwilé” is stunning in its delicate simplicity of vocals backed by a pair of acoustic guitars. Bondeko lightens the mood with the sleekly cool “Je Kango” before giving way to the delightfully deliciously version of Toto’s “Love Train” with percussion and vocals supplied by Mr. Toto.

Equally scrumptious are offerings like “Ngum Nya Ko,” “Thitae and fluidly cool “Tann Tanbou A.” Listeners get a dose of flute and keyboard wrapped guitar and vocals on “Bukuvu” that is surely to lull even the most reluctant listener. Closing track “Awo” is all savage coolness with bass, smart percussion and vocals.

Bondeko’s particular brand of joyfulness makes this remarkable trio an irresistible lure to those cerebral threads. We will just have to content ourselves to be entertained, surprised, enchanted with Bondecko and wait, sort of patiently, until Toto Bona Lokua comes up with something new to dazzle us.

Buy Bondeko in the rest of the world 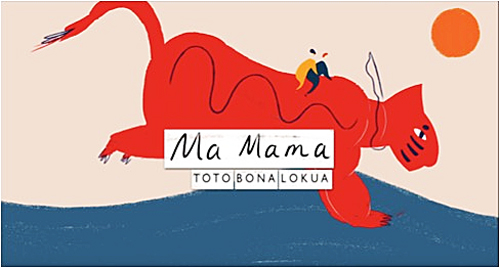 Toto Bona Lokua have released a music video featuring the song ‘Ma Mama’. The video was directed by Katy Wang. The song appears in the new album titled ‘Bondeko’, scheduled for release January 19, 2018.

Lokua Kanza was born in Bukavu, in the Democratic Republic of the Congo (former Zaire). His father is one of the Mongo people, known for their polyphonic singing, and his mother comes from Rwanda, known for its sophisticated court music. In Kinshasha he learned to sing in church choirs. To finish his studies he went to the Conservatory at Kinshasa, where he learned music theory, harmony and composition while perfecting his instrumental knowledge.

His decision to become a singer happened after he’d attended one of Miriam Makeba’s concerts, then her friend Ray Lema gave him his first guitar, and he made his first public appearances in some Zairean rumba bands. This was followed by a period of study – music theory and orchestration – at the conservatoire. He was always ready to listen to everything that came his way, from Bach to chanson by way of Rhythm ‘n Blues, pop and bossa nova.

Lokua Kanza became an exceptionally-gifted musician, playing guitars, sanza, percussion, flute, mandolin, bass, piano, and keyboards. Beginning in 1980, he spent the early days of his career along the Gulf of Guinea from Zaire to Ivory Coast, but his talent really came to the fore in the group of the great Zairean singer Abeti Masikini (a.k.a. La Reine Abeti).

In 1984 he left for Paris to take some jazz guitar lessons. He quickly became part of the African community there and accompanied Ray Lema, Papa Wemba, French jazz band Sixun and Manu Dibango.

In October of 1992, Lokua Kanza gave his first major concert in Paris, opening for Angelique Kidjo at the Olympia. Alongside him were two partners who have remained with him ever since: the radiant Julia Sarr (vocals), from Senegal, and his own brother, Didi Ekukuan (bass, vocals, various percussion, talking drum, tambourine, etc.)

Lokua Kanza recorded his first album, Lokua Kanza, during winter 1992/93, and it revealed-a deeply-inhabited universe “I wanted to rediscover the magic of the nights I spent in Kinshasa when I was a child,” he says. With its nostalgic atmospheres, its ethereal, meditative climate, destitution, simplicity, minimal chords, liquid, undulating, the art of Lokua Kanza imposed its highly subtle difference right from the very first hearing.

As early as the end of 1993, the bard became a star. He signed with a major record-company, toured all over the world, opened for Youssou N’Dour (he sings on several titles in the Guide (Wommat) and Patrick Bruel, produced sessions for his friends Papa Wemba and YYoussou N’Dour (in Peter Gabriel’s studios)… and got down to the producing of his second album, Wapi Yo (1995). This was a commercial success. However, the achievements of his third album, titled 3, more modest, didn’t have the same success.

After a three-year “retirement” (not that he was inactive, for he composed continuously), Lokua Kanza returned with Toyebi Te, sung in French, English and Lingala. The musicians featured included Didi, his old comrade, guitarist Sylvain Luc, percussionists Komba Bellow and Greg Bondo, the strings of the Bulgarian Symphony orchestra, his daughter Malaika and a choir made up of his four children. His 2010 album Nkolo includes vocals in Lingala, Portuguese and French.

Following the success of their collections Music from the Coffee Lands (2 volumes) and Music from the Tea Lands, Putumayo now offers something to eat along with them. The title handily spells out the concept- the music (rooted in five continents and at least one ocean) isn’t linked by any real geographic or cultural continuity. Regardless, this is an array of selections that do indeed melt tastily in your mouth.

It’s predominantly acoustic stuff, kicking off sharply with the Gerard Toto (Martinique)/Richard Bona (Cameroon)/Lokua Kanza (Congo) piece “Lisanga” locking in rhythmic bounce, intricate scats and a softly wailing vocal hook. Much as I’d love to carry any chocolate analogies further, better I should just say that the songs represent some of the artists’ choicest work.

Susheela Raman’s “Sarasa” is her trademark blend of sensuality and Tamil Indian musical substance, Los Angeles-based fusion band Ozomatli set aside their often hard-edged Latin funk for a stately Mexican tango, Switzerland and West Africa come together without a snag via the trio called Taffetas and additional treats by Haiti’s Beethova Obas, Peru’s Susana Baca and the Euro/Brazilian match of Think of One sweeten the deal.

And to keep things thematically suited, the album ends with Cuban great Chocolate Armenteros blazing his trumpet through the self-touting “Chocolate Sabroso.”

Next time you hanker for a Cadbury, try this disc instead. You’ll be just as satisfied and maybe able to put off a visit to the gym or your dentist a while longer.

Buy Music from the Chocolate Lands