Transnational world music band Bokanté has announced a US tour in Spring 2020. Bokanté’s album What Heat is nominated for Best World Music album. What Heat is a collaboration with Metropole Orkest and British arranger and conductor Jules Buckley.

The word Bokanté means ‘exchange’ in Guadeloupean Creole, the language of singer Malika Tirolien, who grew up in the island. Bokanté includes musicians from 5 countries. The band was formed by Snarky Puppy’s Michael League: “I wanted to put together a band that traces the blues from its roots in Africa and the Arab world throughout the diaspora and into a modern context. A big part of the blues belongs to an acoustic idiom; I wanted this band to pursue how groove-based and soulful it can be.”

Crashfest, an annual world music festival held in Boston (Massachusetts, USA) is set to take place February 22, 2020 at the House of Blues Boston.

The Recording Academy unveiled today the nominees for the 62nd GRAMMY Awards. The Nominees in the Best World Music Album category are:

What Heat by Bokanté & Metropole Orkest conducted by Jules Buckley 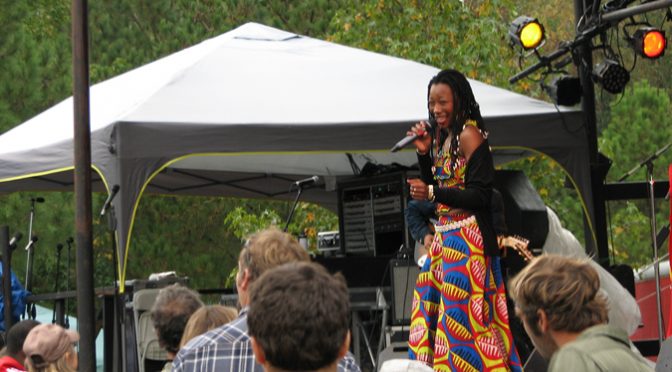 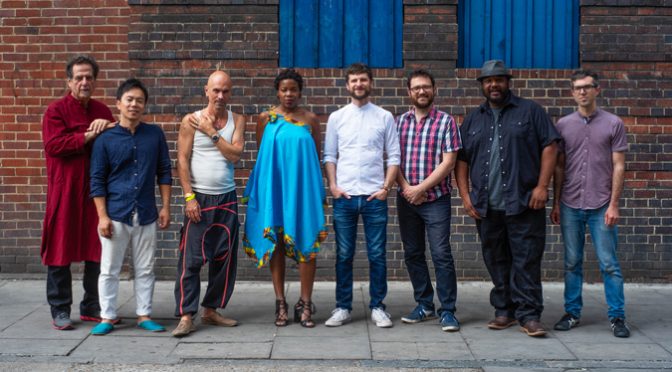 How did Bokanté’s musicians meet?

Malika Tirolien – Michael is the only one who knew each member of the band through past collaborations. He had the vision of the instrumentation and he introduced us to each other on the first day of the recording of our first album “Strange Circles“.

What does the band name mean?

Malika – To me, the essential elements of our music are rhythm and melodies. Both of these aspects are highlighted by the percussion, guitars and vocals.

Harmonically, we keep things pretty simple and repetitive. The lyrical content is also a big part of the identity of the band since we want to address sociopolitical issues through our songs.

Whom can you cite as your main musical influences?

Michael League – For this band, we’re drawing upon a lot of music from West Africa, Mali in particular. Oumou Sangare, Bassekou Kouyate, and Ali Farka Toure have all had big influences on our music. But we’re definitely pulling from American blues and even bands like Led Zeppelin, who took the blues to different places.

Singing primarily in Guadeloupian Creole, Malika is bringing her own Caribbean roots to the table as well. And on the most recent album, “What Heat,” the Arab roots of the blues have emerged through the inclusion of oud, daf, sumbati, and other Middle Eastern instruments. Kardes Türküler, Erkan Ogur, The Secret Trio, and other Turkish groups were in my ears constantly as I composed for the album.

Tell us about your previous album and your musical evolution.

Malika – Our first album was entirely written via email. It was a ping pong between Michael and I. He would send me music and i would send back melodies and lyrics. The album was very influenced by west african music, delta blues and by Guadeloupian gwoka.

As I explained earlier, the band really met at the studio on the first of the recording. We were very lucky to feel an instant connection and symbiosis even if each members are very different individuals. The music was more jammy and open for that album and let each musician express and reveal themselves more.

The second album was written differently. Michael and I went to Spain to write for a few days. The writing process was more collaborative this time which was very cool but also challenging sometimes!

Also, since the music was written with the idea of a collaboration with an orchestra, it was more defined and arranged, leaving less space for jams.

Also, since we had already recorded an album together and toured a lot together, the connection between the musicians was even stronger and I think we became more of a band with a sound for this second album.

Your new album features the Metropole Orchestra. How did you come up with this collaboration?

Michael – I first worked with the Metropole and Jules Buckley a few years ago, as my other band (Snarky Puppy) recorded the album “Sylva.” It was such a fulfilling experience for me that I was just waiting for the opportunity to create something with them again, but more specifically, a fully acoustic album with Bokanté. It’s a such a great fit. They really can play things that you’d be terrified to hand to most orchestras. I can’t say enough about the MO and Jules as a conductor and arranger.

The arrangements are exquisite and they remind me of some of the great progressive rock compositions with unexpected changes and time signatures. How does the public react to these sudden tempo changes?

Michael – Everything is pretty natural despite the appearance of dramatic change. If we make it feel good on stage, they feel it in the audience. If we don’t, then we have a problem!

The album also features spectacular percussion section in various tracks. Who played percussion and how was it recorded?

Michael – Our three main percussionists are Keita Ogawa (from Japan), André Ferrari (from Sweden), and Jamey Haddad (from Ohio). On “What Heat,” we were joined by our friend Weedie Braimah (Ghana) on jembe.

We tracked everything at Dreamland Studios, a big old church-turned-studio near Woodstock, New York. Keita, André, and Jamey recorded their parts together with the guitarists, then added additional parts as overdubs later (if needed). Weedie came a few days later and put down his parts. Nic Hard, our engineer, has to be recognized here for his incredible sonic work on the record.

If you could gather any additional musicians or musical groups to collaborate with, whom would that be?

Malika – We are very spoiled because we get to collaborate with a new bass player on tour every time because Michael plays the oud and baritone guitar live despite also recording the bass on the albums. Since he can’t multiply himself yet, lol, we get to play with amazing bass players (like Paul Bender from Hiatus Kaiyote)! It would be an honor to have Meshell Ndegeocello, Esperanza Spalding or Victor Wooten with us!! Also, a collaboration with Jacob Collier or Moses Sumney would be amazing!!

Do you have any other upcoming projects to share with us?

Michael – Malika is finishing her next solo album soon, which we’re all very excited about. I just produced a new album for David Crosby called “Here If You Listen” which comes out this month, as well as a new Snarky Puppy record that will drop in March. Malika and I are already writing music for the third Bokanté album, so hopefully that’s not too far in the future! 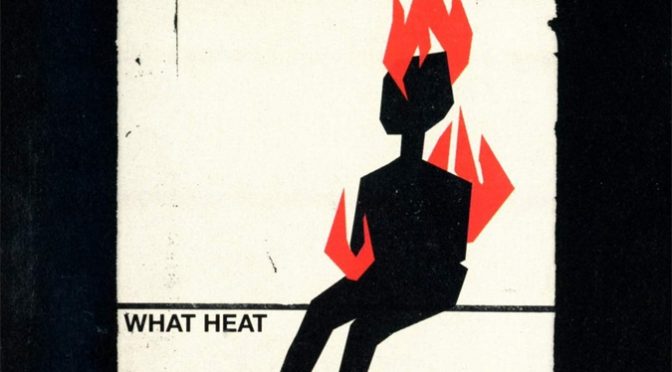 What Heat is the second album by the fabulous world music band Bokanté. It is a project led by multi-instrumentalist Michael League, who also leads Snarky Puppy, one of the finest jazz fusion bands at the moment.

Bokanté fits perfectly with the Real World Records sensibility of high quality contemporary world music. Bokanté features the lead vocals of Malika Tirolien, who sings in Guadeloupean Creole and the music is fantastic.

The global fusion in this case works seamlessly. Although Malika Tirolien’s vocals anchor the songs beautifully, there is plenty of space for the instrumentalists with unexpected, yet exquisite orchestral interactions; masterful bluesy dobro; spectacular drumming; string instruments from across the world; and much more.

What Heat is one of the finest world music albums of 2018, showcasing the versatile, modern and bewitching talent of Bokanté.

Michael League’s world music project, Bokanté, has released a new single and video titled “All The Way Home.” The track is included in the band’s upcoming album with The Metropole Orkest “What Heat‘, to be released through Real World Records. The worldwide release date is September 28th and October 5th, 2018 for the United States and France.

“What Heat” was filmed in three different locations in New York City, Spain, and Istanbul, Turkey.

Bokanté features vocalist Malika Tirolien who sings in Guadeloupean Creole, along with musicians from 5 countries. The band’s debut album was Strange Circles. 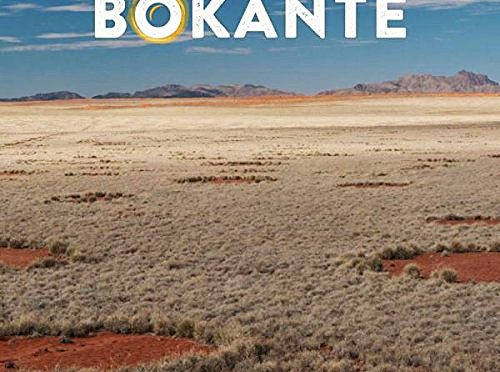 Strange Circles crosses genres with total ease, incorporating Caribbean and other global beats, fabulous guitar work, blues, progressive jazz, rock and more. This is world fusion at its best.
Bokanté is the project of Snarky Puppy bassist and founder Michael League, who plays baritone guitar in this ensemble.