She is also a professional dancer and a member of the well-known Honvéd Ensemble of Budapest. As a singer, she collaborated in numerous projects with well known and respected World and Folk music artists which resulted in several published recordings.

Méra, the World Music Festival of Transylvania will take place July 29–31 2016 in Méra – Szarka-Farm. The Méra World Music Festival will be the very first international world music festival held in the Kalotaszeg region, and will take place in the village of Méra, in the estate known locally as Szarka-telek. Behind Méra’s carved-wood gates, barn-stages will host orchestras familiar with the world’s most famous venues.

For this first edition of the festival, organizers have invited Central Europe’s internationally famous folk and world music orchestras to its barn-stage. The musical program was composed in accordance with two major principles: maximum diversity and the highest possible musical level.

There will be a ’Barn Studio’ for movie and theater fans, a ’Small Barn’ for kids, and round table discussions for the critical minds.

The introductory concert of the festival will take place in the neighboring village of Gyerőmonostor/Mănăstireni, where, parallel to the festival, a folk dance summer camp will be organized for local children. The six musicians of the Góbé orchestra from Budapest will present free variations of the folk-music traditions of the Carpathian Basin combined with elements of jazz, blues, reggae and classical music.

This year marks the very first edition of the General Meeting of Kalotaszeg Folk-Musicians. No formal concerts are on the agenda of the meeting, but a lot of improvised playing and dancing are to be expected. Admission is entrance fee. 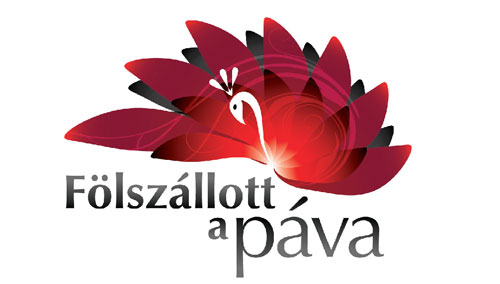 The Méra barn-stage will then host the most memorable dancers, singers, musicians and orchestras made famous by the Hungarian TV show Fölszállott a Páva. Adult and young performers will be coming from nearby regions as well as from the most far-away corners of the Carpathian Basin.

Tárkány Művek has its own sound-world, the secret of which is to be found partly in the combination of dulcimer, saxophone, viola, flute, gardon, clarinet and contrabass, and partly in the unique voice of its female singer. Updating old folk-songs with their own lyrics, they also associate archaic texts with modern sounds, achieving in both cases a surprising recontextualization of the traditional pieces.

Ágnes Herczku and Nikola Parov became unavoidable figures of the Hungarian folk-music and world-music stage. Their concert combines songs from Ágnes Herczku’s folk-song albums Bandázom and Tüzet viszek with the common world-music compositions of the artistic couple Herczku-Parov, who have been awarded the Hungarian Golden Disk and several Fonogram prizes.

Without contest Nadara is today one of the best gypsy band from Transylvania. As the taraf of haidouks, the group Nadara was discovered thanks to Tony Gatlif’s movie Transylvania (Cannes 2006) the soundtrack of which they realized. The director again appealed to them for the soundtrack of his last movie Liberté (2010) where “Tocila” the leader of Nadara holds the role of 1st violin.

Since the members of the Buda Folk Band literally grew up surrounded by the musical traditions of Hungary and other Central European nations, to them, the presence of authentic folk-music within urban culture is only natural. In addition to folk-music, they also gleefully find inspiration in other musical genres, thus creating a unique and exceptionally colorful musical cocktail.

Tcha Limberger could be described as a genial loner of the international world-music stage. Born in Bruges in a family of Sinthi Gypsy musicians, this 38 year-old fiddler, violinist, guitar-player and singer developed strong affection for Hungarian folk-music in general, and the Kalotaszeg repertoire in particular.

Kalotaszeg is a region of inner-Transylvania uniting 42 villages and a small town, characterized by the centuries-old, multi-ethnic culture of neighboring Hungarian, Romanian, and Gypsy communities. Thanks to major professional and amateur ethnographers like Mrs. Zsiga Gyarmathy, Denis Galloway, Károly Kós or György Martin, Kalotaszeg is nowadays a well-known name from the USA to Japan, as an epitome of folk-music, folk-dance, folk-costume, and vernacular architecture.