Garifuna is a unique culture based on the Caribbean coast of Central America (Belize, Guatemala, and Honduras) that blends elements of West African and Native Caribbean heritage.

The Garifuna people originated when two large Dutch ships, filled with a delivery of West African slaves, sunk off the coast of the Caribbean island of St. Vincent in 1635. Half of the Africans survived and intermingled with the indigenous Caribs of the region, creating a new hybrid culture.

Fiercely independent, the Garifuna community resisted French and British colonization, and were forcibly exiled to the Caribbean coast of Central America. Some were segregated and held onto their traditions and language, while others blended with the local predominant culture.

Now living mainly along the Caribbean coast of the Central American countries of Belize, Guatemala, Honduras and Nicaragua, the Garifuna culture, recognized by UNESCO since March 2001 as a Masterpiece of the Oral and Intangible Heritage of Humanity, displays many influences of its African heritage. This is evident when comparing their music with the indigenous music of the West African societies from which their ancestors originated.

The drums of the Garifuna are usually made of hardwoods that are uniformly shaped and carved out in the centers. The ends of the drums are covered with skins from the peccary, deer, or sheep. These drums are always played with the hands, and some drummers have been known to wrap metal wires around the drum heads to give them a snare-like sound. Some musicians accompany the drums with gourd shakers called sisira, and even instruments like the guitar, flute, and violin have been adopted from early French, English, and Spanish folk music, as well as Jamaican and Haitian Afro-Caribbean styles.

To the Garifuna, song and dances are an integral part of their culture. These song and dance styles display a wide range of subjects like work songs, social dances and ancestral traditions. A very popular dance style is called punta, which is usually performed at wakes, holidays and parties. This involves plenty of hip movements.

The Garifuna Collective, Belize’s acclaimed Afro-Indigenous roots music band will be touring Europe and North America in support of its new album, Aban, this summer. This will be its first major international tour since 2014.

Aban is set for worldwide release June 21st, 2019 on Belize’s Stonetree Records. The European part of The Garifuna Collective’s tour will begin on June 6th in the Netherlands, with stops at Denmark’s Roskilde Festival, Norway’s Førde Festival, and YAAM Berlin.

The North American tour will begin on July 12th in Montana, with stops at the Calgary Folk Fest, The Cleveland Museum of Art, and New York City’s Summerstage.

The Garifuna Collective released its previous album, Ayo in 2016.

The Garifuna people are descendants of Afro-indigenous people from the Caribbean island of St Vincent who were exiled to Central America by the British in the 18th century. 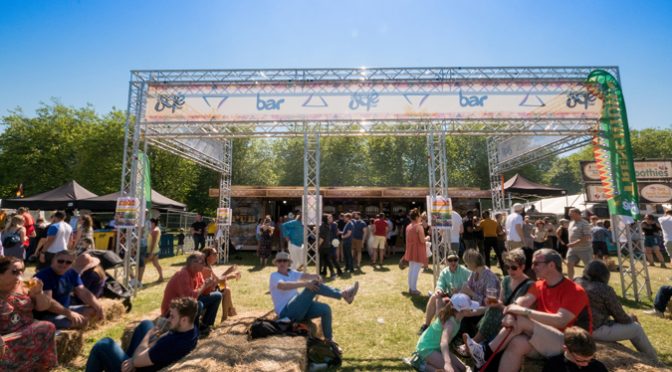 The Garifuna Collective from Belize and celebrated reggae artist Horace Andy will headline the 27th annual Africa Oyé festival this summer in the UK.

Africa Oyé will take place June 22 and 23, 2019 in Liverpool’s Sefton Park.  The festival celebrates the music and culture of Africa and the Diaspora with two free days of live music, DJ sets and multi-arts workshops.

Jamaican singer-songwriter Horace Andy is well-known as the sweetest voice in reggae and for his long association with British trip-hop forerunners, Massive Attack. Andy has become an persevering voice on the Jamaican music scene. His early 1970s hit, ‘Skylarking’ expressed his ability to deliver songs of Black determination and social commentary that topped the Jamaican charts.

Horace Andy has steadily recorded and performed around the world in his own right with his band Dub Asante, and has remained famous in roots reggae, rocksteady, lovers rock and dancehall.

Also announced for the 2019 festival is The Garifuna Collective. The group has pushed the boundaries of Garifuna musical traditions. The group went back to the studio last year ro record its new album Hamala (Let Them Fly). It will The Garifuna Collective’s first record since the highly-praised tribute album to fallen bandleader and cultural icon Andy Palacio. The new album experiments with new Garifuna rhythms, recording concepts and even some “organic electronic” music and dub techniques.

Africa Oyé’s Artistic Director said: “It’ll be a real honor to welcome back The Garifuna Collective to headline Oyé in their own right after their amazing performance with the late, great Andy Palacio twelve years ago; their sound and energy is incredible. And Horace Andy is a reggae headliner we’ve always wanted to see on our stage and I just know he’ll close out the Saturday in perfect style.”

For more information on the festival visit africaoye.com.