This international music compilation provides a sampling of music made by female artists from various countries. The styles vary considerably.

Guitarist and singer-songwriter Mónica Giraldo was born in Bogotá, Colombia. She studied music at Universidad de los Andes in her hometown and later studied further at Berklee College of Music in Boston, USA.

Since her return to Colombia, she recorded several albums: Muy Cerca (Very Close) in 2005 with Producer Felipe Álvarez (Polen Records); Todo da Vueltas (Everything Turns) in 2008 with Producer Mauricio Pantoja and independent label Codiscos, which earned her a nomination for Best New Artist at the 2008 Latin Grammys.

She also released Que venga la vida (Let life come) with Polen Records in 2014, and Bajo el mismo cielo (Under The Same Sky) in 2017, co-produced by Giraldo, Mauricio Pantoja and Andrés Peláez.
Mónica Giraldo has collaborated with various artists in various albums, such as Mestizajes with the Bogotá Philharmonic Orchestra in 2010, La Voz de mi Padre (My Father’s Voice) in 2011, and in Café Latino and Café del Mundo by Putumayo Records in 2013-2014. Her performing career includes venues in Colombia, Mexico, USA, France, and Japan among others.

Mónica Giraldo is a woman strolling two paths. The first one is taking her deeper and deeper into the soul of Colombian music, surrounded by the energy of her native land’s traditional rhythms such as cumbia and bullerengue. The other one leads her out and away, enjoying melodies and harmonies from the world. 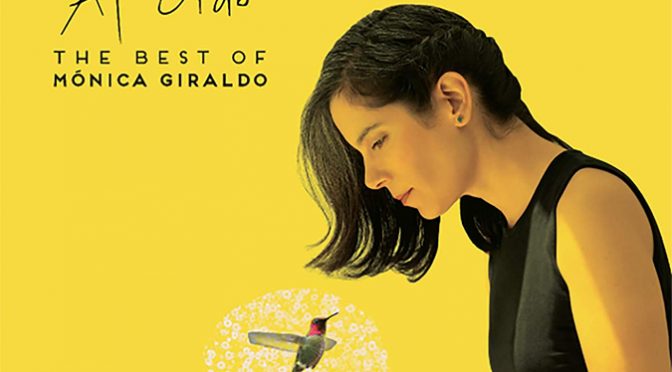 Al Oido -The best of Mónica Giraldo presents one of the finest singer-songwriters in the current Colombian scene. Mónica Giraldo delivers a set of beautiful songs, accessible and exquisite at the same time.

Mónica Giraldo has an engaging vocal style that immediately hooks you in. She’s also an excellent guitar player and her intention is to highlight the role of the guitar in Colombian music.

Mestizaje (hybridization) has been a focus for Mónica Giraldo for several years. She incorporates Colombian traditional genres such as cumbia and bullerengue along with Cuban and Brazilian musical influences.

The CD version of this album is highly recommended. It includes a nicely-designed booklet with notes, lyrics and credits in Spanish and English.