New Orleans brass band Cha Wa was created in 2014 by bandleader and drummer Joe Gelini. Gelini was attracted by the Mardi Gras Indians tradition. After graduating from the Berklee School of Music in Boston, he moved to New Orleans.

“Malcolm John Rebennack Jr.—known to most as Dr. John—was a radiant singer, songwriter, and pianist whose career in music made him a New Orleans icon and Rock and Roll Hall of Famer,” said Neil Portnow, President/CEO of the Recording Academy. “He earned 15 GRAMMY nominations and six GRAMMY Awards throughout his celebrated career, including Best Blues Album for his critically acclaimed 2012 album, Locked Down. His funky approach to blending musical styles and imaginative persona helped diversify the New Orleans Sound, which was on full display during an energetic performance with the Black Keys at the 55th GRAMMY Awards. This is a great loss for our industry and Dr. John will be deeply missed.” 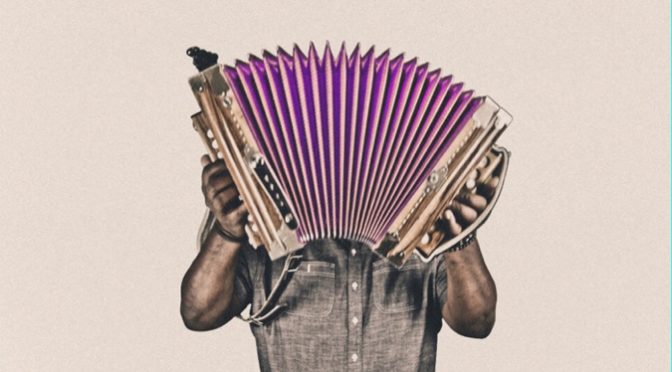 Although accordion virtuoso and vocalist Sean Ardoin comes from a well-known Creole musician family in Louisiana, his new album Kreole Rock and Soul takes the music beyond traditional Zydeco roots music to a fascinating new realm.

Sean Ardoin grew up immersed in Creole tradition, but he also listened to all types of music, from Earth Wind and Fire and Kiss to Fishbone and Bob Marley. He injects fiery rock, irresistible funk, engaging pop and soul hooks, reggae and remarkable accordion solos.

This successful, modernized form of Creole music features all lyrics in English to reach a wider audience.

Kreole Rock and Soul preserves the family tradition while at the same time takes Creole music to a new level, making it highly attractive to new audiences. 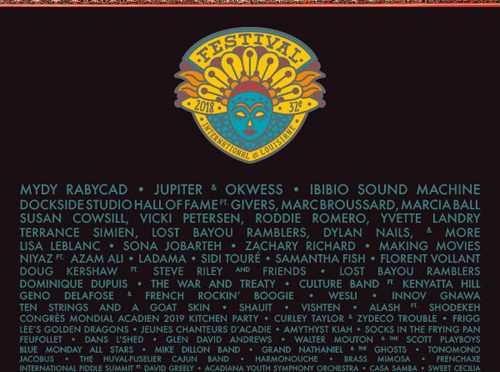 Festival International de Louisiane has revealed the list of 2018 performers. The 5-day will be held April 25-29, 2018 in downtown Lafayette, Louisiana.

“Some of the countries that have rarely, if ever, been represented at Festival this year are Tuva, Czech Republic, Gambia.” says Programming Director, Lisa Stafford. “The throat singing of Tuva, for example, is just mind-blowing to witness. It will be very special to bring all of these cultures to south Louisiana.”

Louisiana musician Jimmy Breaux was the longtime accordionist in celebrated Cajun band BeauSoleil. He is in the fourth generation of his family to play Cajun music.

Jimmy Breaux was born in 1967 and grew up in Louisiana. In 1988 at the age of 2 Breaux joined Michael Doucet’s pioneering young Cajun band BeauSoleil not only helping to bring pride to their Cajun heritage but also popularizing their dance music rooted in tradition by playing it around the world over the next 25 years.

In addition to being featured on BeauSoleil recordings Breaux has released solo albums that feature not only Doucet and other bandmates but other leaders of contemporary Louisiana Cajun music such as Steve Riley.

With a combination of Cajun classics and original songs Breaux is carrying on and extending his family tradition.

Among his musical relatives are his father Preston Breaux, grandfather Amé Breaux, brother Pat Breaux, great-grandfather Auguste Breaux and great-aunt Cleoma Breaux. The latter was married to Joe Falcon, one of the great Cajun musicians of the 1930s.

Jeffrey Broussard & The Creole Cowboys hail from Southwest Louisiana. They have a fresh approach to the Creole dance music traditions they are dedicated to preserving. Its leader accordionist fiddler and singer Jeffery Broussard was a mainstay in the famous Zydeco Force a group that took zydeco and Cajun roots and updated them for modern dance crowds without losing the feel of the original Creole zydeco gumbo.

Broussard’s Creole Cowboys take the music into the next generation still linked to the great roots music of such masters as legendary fiddler Canray Fontenot and Jeffery’s well-known accordionist father Delton Broussard. Joining Jeffery in the band’s frontline is fiddler and guitarist D’Jalma Garnier III a one-time student of Canray Fontenot.

With Fontenot’s passing in 1995, Garnier made it his mission to keep alive and spread this unique style of fiddle playing. The band’s debut CD Keeping the Tradition Alive was named top zydeco album of 2007 by Blues and Soul magazine.

Louisiana accordionist and vocalist Belton Richard died on June 21, 2017. He was a well-known Cajun accordionist who recorded various hits.

Belton Richard was born on October 5, 1939 in Rayne, Louisiana. He formed the popular band The Musical Aces in 1959.

Two of the finest performers of New Orleans Music are set to perform together at The Town Hall in New York City tomorrow, June 15, 2017. The concert is part of Blue Note Jazz Festival 2017.
Dr. John and Henry Butler will be accompanied by Dr. John’s acclaimed backing band, The Nitetrippers.

Butler is one of the greatest blues pianists in the United States. His most recent album is Vipers Drag (2014), with trumpeter and arranger Steven Bernstein and The Hot 9. It includes recreations of classics by Fats Waller and Jelly Roll Morton.

In 1977 the Dirty Dozen Social and Pleasure Club in New Orleans began showcasing a traditional local brass band. It was a joining of two proud but antiquated traditions at the time: social and pleasure clubs dated back over a century to a time when black southerners could rarely afford life insurance and the clubs would provide proper funeral arrangements.

Brass bands, early predecessors of jazz as we know it, would often follow the funeral procession playing somber dirges then once the family of the deceased was out of hearing range, burst into jubilant dance tunes as casual onlookers danced in the streets.

By the late 1970s, few of either existed. The Dirty Dozen Social and Pleasure Club decided to assemble this group as a house band and over the course of these early performances, the seven-member ensemble adopted the venue’s name: the Dirty Dozen Brass Band.

Thirty years later, the Dirty Dozen Brass Band is a world famous music band whose name is synonymous with genre-bending romps and high-energy performances. They have revitalized the brass band sound in New Orleans and around the world progressing from local parties, clubs, baseball games and festivals in their early years to touring nearly constantly in the U.S. and in over 30 other countries on five continents.

The Dirty Dozen have been featured guests on albums by artists including David Bowie, Elvis Costello, Dr. John and the Black Crowes.

Courtney Granger is a virtuoso fiddler, guitarist and outstanding singer. He was born in Eunice, Louisiana. Granger is Christine Balfa’s cousin and was the youngest member of Balfa Toujours. He recorded his debut CD for Rounder Records at the age of 15. He quickly became a reputable musician in the Cajun music scene and received several Cajun French Music association (CFMA) awards.

In 1999 Courtney joined Balfa Toujours on bass and fiddle playing together with the great Kevin Wimmer. Courtney also recorded with the legendary bluegrass musician Tim O’Brien.

Courtney’s repertoire includes Cajun and classic country tunes. His masterful fiddling and soulful singing has made him one of the most sought-after Cajun fiddlers, playing with renowned artists Jason Frey Dirk Powell and Horace Trahan. He joined the famous Cajun band The Pine Leaf Boys in summer 2008.

In 2016 he released Beneath Still Waters, his first solo country album.

Back Home, with The Pine Leaf Boys (Valcour Records, 2010)