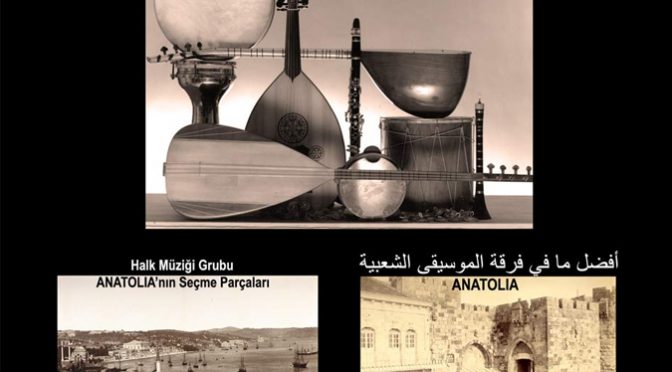 The Best of Folk Music Group Anatolia is a compilation that includes recordings from Anatolia’s previous three albums: Folk Songs and Dance Music of Turkey and the Arab World (1996), Lost Songs of Palestine (2001), and Middle Eastern Songs and Dances for Children (2005).

Anatolia is a world music group led by American multi-instrumentalist Edward J. Hines, whose goal is to preserve the folk,classical and dance music traditions of the Middle East.

The Best of Folk Music Group Anatolia presents a fascinating overview of the rich and varied folk traditions of Turkey and the Arab world, using a wide spectrum of traditional musical instruments performed by Hines and his collaborators.

Even if you don’t speak the language, the popular Turkish children’s song “Ali Baban’ın Çiftliği” reels you in right away with its catchy hooks. It’s a lot of fun, featuring various mimicked farm animal sounds.