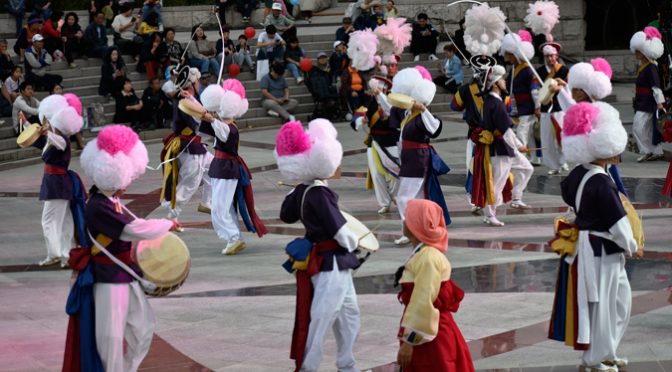 The Transglobal World Music Chart (TWMC) has unveiled the winners of its 2019 Festival Award. South Korea’s Jeonju Int’l Sori Festival is the winner this year.

“After the evaluation of the previous edition, at least one of the festivals that repeated this year has improved, following our assessment. That made us very proud,” stated Transglobal World Music Chart co-founder and Festival Awards coordinator Araceli Tzigane Sánchez. “Moreover, this second edition has served us to identify our own areas of improvement. We have not been able to assess two specific festivals that applied and that had fluent communication with us. For the third edition, we will work more closely with the applicants to avoid this situation and to increase the number of applicants.”

The Transglobal World Music Chart Festival Awards were started in 2018 as part of the TWM’s goal to increase the awareness, enjoyment and appreciation of the music from diverse cultures of the globe.

Application information for festivals interested in participating in the 2020 edition is available here.

Transglobal World Music Chart (TWMC) is an association of music critics, writers, and radio DJs and producers specialized in world music. Members hail from all continents. The TWMC releases a monthly chart that selects the best recent world music albums across the globe. 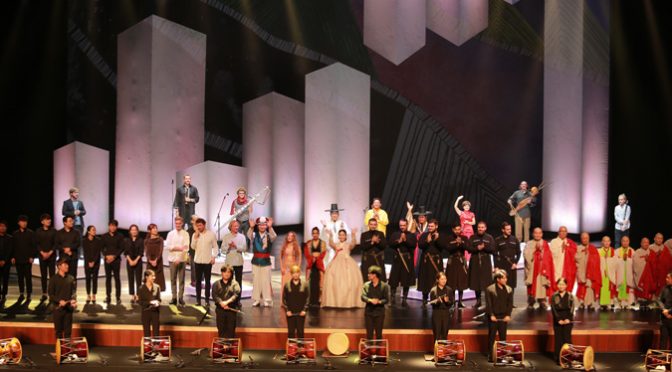 The 2019 edition of the Jeonju International Sori Festival focused on wind instruments. Due to an approaching typhoon (that thankfully weakened), the outdoor events on October 2nd were cancelled. The official program started October 2nd with a grand gala at 7:30 p.m. at the elegant and restful Moak Hall with Wish on the Winds, featuring master Instrumentalists and singers from around the globe.

The show started with Mazurka on the Wind, a lively performance by the great Polish contemporary folk group Janusz Prusinowski Kompania, joined by wind instrumentalist Manu Sabate from Barcelona, Spain. Next came Sujeon Variations, another highlight, with the United Youth Wind orchestra of Jeollabuk-go. This was a magnificent group of 200 young school students playing a variation of Sujecheon (Korean court music) on wind and percussion instruments.

The Ethnic Innovation segment showcased two talented Taiwanese artists, suona master Tseng chien-yun and Chung Pei-yun. They were followed by The Songs of the Forest with bamboo flute virtuoso Won Janghyun and his students.

On Thursday, October 3rd, I got to see a pansori performance for the first time. Pansori is a captivating traditional Korean art form that brings together poetry, storytelling and music. The format includes one singer/narrator (male or female) and a drummer that keeps a steady beat and engages with the singer with encouragement calls.

Pansori includes only 5 stories and fans known them well. I attended the Sugungga performance, featuring two renowned masters. As you can imagine, now knowing Korean is a barrier to understanding the nuances of the story. However, the festival provided a guidebook in Korean and English that helped follow the story. Additionally, this performance showed the texts in Korean and English projected on several walls.

There is a lot to see during the afternoon and evening. Some of the highlights on October 3, in addition to pansori, included a workshop/concert by the magnificent Georgian ensemble Iberi Choir; and Korean fusion group Tannemotion, winners of the 2013 KB Sori Award.

The most popular event that night by far in terms of audience was the Starlight K-pop ticketed show at the Open Air Theater. The performance included artists loved by all generations, including Korean rock stars BooHwal and pop singers Jeong Hunhee, Choi Seongsu, Hong Gyeongmin and Park Migyeong.

Later came an entertaining workshop by the Polish group Janusz Prusinowski Kompania followed by a concert by Polish act Masala Soundsystem, who delivered a mix of global sounds, electronics and ragga/rap.

One of the best evening concerts was the performance by Tuareg group Tamikrest, an enthralling southern Algeria-based desert blues band formed by Malian musicians and French band members

In the afternoon there were more percussion workshops and the continuation of the Young Pansori Five Batangs series. This time the setting was the relaxed Cypress Forest stage in the woods. The audience enjoyed the show sitting on benches, lawn chairs and resting on hammocks. Young master Jeong Yunhyeong performed the Jeokbyeokga pansori.

In the late afternoon, there was a spectacular show of nongak, Korean rural folk music performed by the drummers, percussionists and acrobatic dancers of Jeonjeup Nongak. The integrated ensemble includes men and women playing various types of drums and gongs led by a loud horn.

Ogando, another winner of an earlier edition of the Sori Frontier contest, performed at 6:00 p.m. It is an all-female Korean fusion group.

An evening highlight was the first episode of the Sacred Music Series at Yeonji Hall. The concert featured the marvelous Georgian ensemble Iberi Choir and the Korean Jeonbuk Yeongsan Jakbeop Preservation Society. The Iberi Choir delivered a beautiful set of songs from Georgia’s ancient Christian tradition along with ballads, legendary tales and lullabies. The Jeonbuk Yeongsan Jakbeop Preservation Society performed a charismatic traditional Buddhist ceremony to guide the souls of the departed to heaven.

Next came another performance by Janusz Prusinowski Kompania accompanied by Manu Sabaté.

The last show featured Akdan Gwangchil, a group that performs a modernized version of the music of Hwanghae-do (the western provinces of North Korea) combined with electronics.

The program on October 5th started with Janusz Prusinowski Kompania’s workshop in the Cypress Forest followed by a children’s theater event.

In the afternoon, French brass band Imperial Kikiristan entertained the public with a fun mix of Balkan and popular classics and humorous sketches targeting the audience, especially children.

The excellent Sacred Music II series presented a set of western classical music works along with new works by Korean artists performed by renowned cellist Sung-won Yang & TIMF Ensemble. The second half introduced the Araetnyeok Suryukjae Preservation Society with a Buddhist ceremony from the Youngnam region that comforts the dead souls remaining on the land and in the water.

The enthralling Tuareg sounds of Tamikrest returned for an additional live performance in the evening.

Sunday events started at 11:00 a.m. with a series of workshops by Jin Yun Kyong. Maori Quartet along with activities for children.

Korean fusion band The Tune, winner of the 2014 Sori Award, delivered a great performance with a mix of traditional Korean sounds and musical instruments such as haegeum and drums combined with keyboards and vocals.

The festival ended with the animated closing show called Rock and Sinawi, bringing together hard rock and sinawi (traditional Korean music). The stage featured a mix of traditional Korean and rock musicians, conducted by festival commissioner Park Jechun. Park is also drummer and he joined in on a second drum set for a few minutes, delivering one of the most spectacular moments of the show.

In terms of food, there are lots of options in the festival grounds and nearby, as well as in the hotels area, including the bibimbap (rice with sautéed and seasoned vegetable with chili sauce, available with or without meat), kimchi, bulgogi, various types of soups and noodles. The festival area also has several cafes where you can get some fod, coffee, tea and other beverages, and sweets.

While in Jeonju, a must see is Hanok Village. There, you will find traditional Korean buildings, gift stores, restaurants and temples.

You can get to Jeonju via high speed train or by bus, directly from the Seoul airport.

Special thanks to the staff at Jeonju Sori Festival, specially Joy, Han Ji-young, Park Je Chun and our interpreters Rachel and Rose Lee. 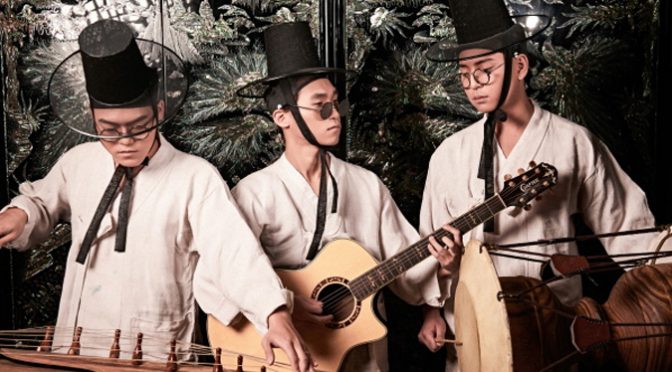 The Sori Frontier with KB Bank contest took place October 5, 2019 during the annual Jeonju International Sori Festival at the Yeonji Madang stage. The contest has been running for 10 years and seeks to promote new Korean talent in the world music field. The winner of the final competition gets 18 million won. The winner this year was the trio Sangjaru: Korean Gypsy.

Sangjaru: Korean Gypsy put on a visually fun and lively show. They changed costumes throughout the performance, switching from traditional Korean outfits to enormous white wigs.

Gaak Project performs music based on the traditions of Jeollabuk-do province. Band members include Park Hyeonyeong on vocals; ; Lee Dongjun on bamboo flute;  Seo Sujin on ajaeng; Kim Hansaem on percussion; and Park Dongseok on keyboards and guitar.

More about the Sori Festival