Virtuoso newgrass mandolinist Frank Solivan and his band Dirty Kitchen have announced the release of a new album titled You Can’t Stand The Heat. The album is set for release on February 8, 2019 on Compass Records. This new project is being co-produced by Alison Brown, Compass co-founder and Grammy winner, and will feature guest vocal appearances from Danny Paisley, Dudley Connell. Michael Cleveland also appears on fiddle.

Frank Solivan & Dirty Kitchen received the IBMA Instrumental Group of the Year award at the 2016 International Bluegrass Music Awards. The group first won this category in 2014. 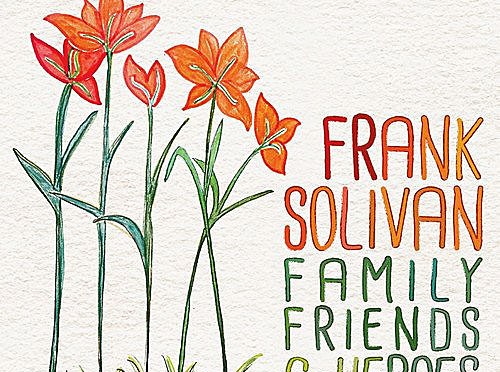 In the liner notes, Frank Solivan explains that he had planned to record a full album with his mother, Lorene Solivan. She passed away in 2014 so the project will never become a reality. However, Solivan was fortunate to record Lorene Solivan on one song, an exquisitely moving version of the popular traditional song “Wayfaring Stranger.”

Family, Friends & Heroes features exceptionally expressive vocals by a extraordinary cast of singers as well as dazzling acoustic interplay by some of the finest contemporary bluegrass musicians.