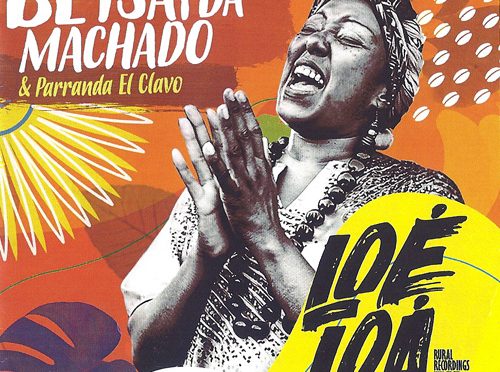 The album includes a large multigenerational cast of singers and percussionists, many of them cocoa farmers, from a small village called El Clavo in the tropical Barlovento region of Venezuela.

Betsayda Machado & La Parranda El Clavo is one of the acts selected to perform at the influential WOMEX world music showcases later this year in Poland. They are currently touring the United States and will be back in 2018.

Maracaibo drum ensemble Huracan de Fuego explores the regional drum patterns of Venezuela and the roots of Afro-Venezuelan percussion. Huracan de Fuego was founded by Maracaibo native Nestor Gutierrez who played the congas in a salsa group before becoming fascinated by the great wealth of traditional Venezuelan drums.

Gutierrez gathered together a talented group of percussionists who share his passion to preserve the traditional instruments and performance practices in danger of disappearing in many parts of Venezuela. Huracan de Fuego’s music embraces the regional drumming techniques style of singing and barefoot dance associated with traditional drum performances.

Each region of Venezuela has its own drums and each village often has its own distinctive drum beat. On its Nubenegra album Vamos a Darle (We’re Going to Play It) the group focuses on the cumaco drums which are essential for dancing and have a history that can be traced back to the Congo. A wide variety of other percussion instruments and the strong male voices of the singers supply additional color and vibrancy to this exciting album.

Among the musicians joining Gutierrez on this recording are Carlos Telez, a singer and percussionist from Palmarito (a region known for its rich drumming traditions); Elvis Sanchez, a Maracaibo native who has experimented with fusing jazz and the Afro-Venezuelan drums; Isaac Angulo whose playing is influenced by his Colombian roots; and Nemecia Prieto who played merengue and salsa before dedicating himself to the drums.