In the 21st century the music of Brazil has reached a major cusp in its development. This extensive and varied selection is music from today’s Brazil. From samba legends through modernist songwriters to full-on drum’n’bass.

Compilation & notes are by John Armstrong

(Prensa Latina – Cumbancha) Havana, Cuba – A meeting to recover unpublished rumbas is taking place at Martinez Villena Hall in the National Union of Writers and Artists of Cuba (UNEAC). Sponsored by the Casas de Cultura’s National Council, an institution promoting the “Luz a la rumba” (Light to the Rumba) project, the event will seek to contribute to the preservation and promotion of little known rumba songs.

It will highlight figures such as Gonzalo Hernández Kesel, author of “Consuélate como yo” (Comfort yourself as I am), and Argeliers León, researcher of the work started by prestigious ethnologist and musicologist Fernando Ortiz.

Among its aims are to inform on the current conditions of rumba and reflect the treatment that specialists and musicians give it. This framework will serve to enhance debate on “La Rumba”, included in the CD “Del canto y del tiempo, by León, and to pay homage to Gonzalo Asencio, nicknamed Tio Tom (Uncle Tom), and also popularly known as “El Rey del Guaguanco” (The King of Guaguanco).

One of the greatest concerns from musicologists is to find new forms to revive the so-called intangible patrimony, that musically speaking, is made up by songs passing on from one generation to other.

Starting on a lark and fondness for world music, Patty-Lynne Herlevi will be celebrating the first anniversary of her homegrown world music site, Cranky Crow World Music June 2003. The celebration will feature CD giveaways (kindly donated by Real World/Narada, Tinder Records, White Swan Music, Naxos World and NorthSide), reviews of summer releases and features along with links to world music festivals around the globe.The site that was created to promote peace through the sharing of music has featured interviews with Axiom of Choice, Simon Emmerson, Johnny Kalsi, Lo’Jo as well as, numerous reviews of globe-trotting musicians. The site also features special sections on Scandinavian music, women musicians (Divas), a meditation room, African musicians (African Tour) and a multitude of links to other resources. Expect more concert reviews, more diversity and the inclusion of international indigenous musicians.

In the future, Patty-Lynne plans on relocating to Western Canada where she will join with others in starting the Rainbow Music Cooperative that will invite indigenous musicians from around the world to come together to share and create new musical hybrids. The coop will include a recording studio, rehearsal space and eventually lodging for the musicians while promoting a sustainable lifestyle (solar power, eco-friendly construction and organic farming).

World music in The America’s is expressed in numerous genres at World’s Fare: The Americas Now (July 11-13 and July 18-20). Some of Montreal’s most innovative groups like Convoy Cubano, Lotus Ensemble and Monica Freire join Toronto’s Maza Meze, Tantra, Swamperella and Sault Ste. Marie fiddle champion Pierre Schryer for a tour-de-force of Canada’s impressive musical melange. Francophonix (July 25-27) displays the heritage of the North American Francophonie with performances by American Rosie Ledet & The Zydeco Playboys and Montreal’s Dobacaracol. The Francophone diaspora widens to African with performances by Algerian Souad Massi and Congolese guitarist/vocalist So Kalmery.

The trio, with two albums –A Lo Cubano
and Emigrantewill participate in the festival along with acts from Mexico, Bolivia, Argentina, Brazil, Peru, the US, Germany, France and Turkey and other countries, besides national acts.

The Festival will open on July 11 and will be dedicated to Latin American popular music, from the traditional to the modern. A special space will be given to rock in Spanish, which has gained ground in the international market since the early 90’s. For it, a huge delegation including the Mexican group Café Tacuba and singer Vicentico are expected. Techno music will be represented by Los Andes Electronicos and Brazilian DJ Dolores, while legendary Venezuelan singer Oscar D’León will sing the best salsa and son songs included on his repertoire.

Peruvian artist Susana Baca is one of the guests of honor and she will perform in a section dedicated to African and native traditions.

Madrid, Spain – José Antonio Díaz Fernández, known as “Chaquetón,” one of Madrid’s best-known flamenco singers, died of cancer in a Madrid hospital. He was 58.

Born in 1945 in the southern town of Algeciras, he was part of a dynasty of flamenco singers called “los chaqueta,” (the jackets). He was the son of El Flecha de Cádiz, nephew of Tomás El Chaqueta, Antonio El Chaqueta, Adela La Chaqueta, El Chaleco and Salvador Pantalón; and brother of El Flecha.Chaquetón began his career as a child, singing in the bar owned by his father, el Flecha de Cadiz. Later in his career, he performed with other famous flamenco singers, including the legendary Camarón de la Isla.

He is survived by his wife, flamenco dancer Lina Fonteboa.

New York, USA – Putumayo takes listeners on a musical cruise of the French Caribbean with a selection of zouk, compas, twoubadou, biguine and more. With French Caribbean, released on May 20, 2003, Putumayo revisits the French Creole islands of Haiti, Guadeloupe and Martinique, which have been experiencing a roots revival in recent years.

The French Caribbean is a place where music is imbedded in the landscape: whether it is compas or zouk blaring out of storefront speakers or the variety of sounds that enliven carnival celebrations and street festivals.

Acoustic traditional styles like Haitian twoubadou and Martiniquean biguine have recently earned a place on trendy dance floors alongside flashier zouk and compas.

Moscow, Russia – The scholars from the Institute of World Literature (Russian Academy of Sciences) Yelena and Sergey Minyonok have developed the research project www.russianexpedition.net.

One of the aims of this project is to record and to investigate the authentic folklore musical traditions of Southwestern rural Russia.The itineraries will include the picturesque villages, in which the inhabitants
mostly preserve the traditional way of life. The field research is devoted to the complex process of preservation of the rich musical inheritance rooted in pagan times.

Russian folklore music differs by its unique harmonies. Our team members will work with the best folklore singers and choirs enjoying not only their music but also friendly and fruitful interaction.

This project has a large educational and cultural potential. It offers the chance for curious lay people who are interested in folklore music to participate as well as specialists and students of ethnomusicology, anthropology, art, history, sociology and Russian studies.

The Russian Folklore Expedition has a regular free Newsletter, where we publish: the scientific results of our regular expeditions, stories from the field, opinions and impressions of our team members and authentic folklore songs and other texts in English so everyone can experience its unique poetry. 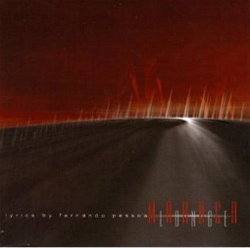 Prague, Czech Republic – Maraca (not to be confused with the Cuban band with the same name) is a group from the town of Zlín. It navigates the waters of jazz/world music. The group has composed music to go along with poems by the most famous modern Portuguese author, Fernando Pessoa.

On the band’s third album, Longe (Indies Records MAM206, 2003), one can listen to a wide variety of instruments such as the Arabic lute (ud), the Australian didjeridu, guitar, bass, percussion and violin. The members of the band and the guests have created a world of their own where even samples have their place.

(Prensa Latina – Cumbancha) Havana, Cuba – The Cuban Recording Company (EGREM) announced its new Web site address, from which it promotes the work of Cuban musical creators from different trends, besides being a powerful tool for research. The website www.egrem.com.cu shows the company’s catalog, sales statistics, information on the last productions, presentations of new titles and a database allowing people to learn other details. The website will have a daily update, and people will be able to see information on the history of EGREM, and how to contact distributors for information on the services offered by the recording company.