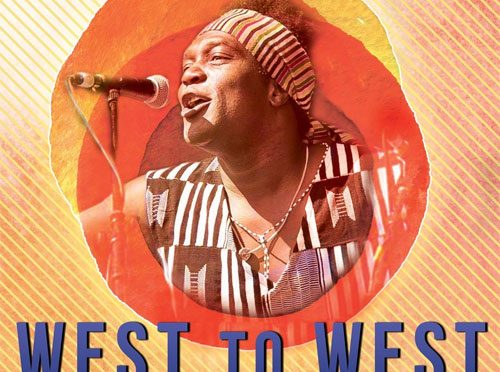 “We have to maintain dignity with each other whoever we are – from city or country, young or old, wise, poor and no matter how rich … it can all be gone tomorrow,” says Ghanaian percussionist, vocalist and flutist Nii Okai Tagoe. In keeping with that statement, he gives equal, fair attention to every player and instrument on this record. This is not an attempt to return to any roots, but a utilization of old and new, traditional and innovative, Ghanaian and Western musical tools to build a coherent narrative.

The eleven songs each have their own power and message, and the album leaves the listener feeling that his or her perspective is enhanced. Liner notes include statement summaries to accompany each song. The first cut, “Nyungmbo,” has the message, “Leave me, watch me and let me show you what I can do. A mother always feels pain when a child is crying.” The third, “Moni Sane Yemi,” is, “When you know you are in the right, don’t rush. Rushing could cost you your rights. Don’t worry, justice will come.” “Mile Mi Ley,” the seventh tune, is accompanied by the observation, “If we knew tomorrow, the way we’d approach today would be different.”

Expressing these thoughts with a number of African percussion instruments and a full, modern Western jazz band, Mr. Tagoe gives us a CD full of drive, tangents, rhythm and drive. It will draw listeners toward genres and thoughts, but not lock them into any one standard record store bin. This release could be filed under jazz, rock, world or modern folk.

Thank you, Nii Okai Tagoe, for having so much to say.

Buy West To West in Europe