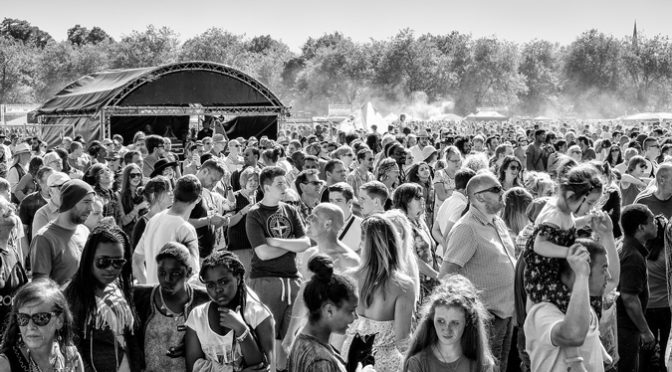 Additional artists from Malawi, Jamaica and Haiti have been revealed in the final set of acts for the 27th annual Africa Oyé festival this summer: Gasper Nali, Jah9 and Wesli. The festival will take place in Liverpool’s Sefton Park on June 22-23. Africa Oyé celebrates the music and culture of Africa and the Diaspora.

With a vocal style that has been likened to Ella Fitzgerald, and a contemporary freshness in the same style as Erykah Badu, Jah9 has become somewhat of an icon for the Jamaican movement known as ‘The Reggae Revival’. Her philosophy, spirituality and unique ‘jazz on dub’ style has traveled across Europe and beyond since her debut album New Name launched in 2013 to wide acclaim.

Making a welcome return to the festival after his 2016 set was cut short due to travel difficulties, is the multi award-winning Haitian star, Wesli. His music aims to give a new mainstream life to rhythms and instruments that he says have been neglected as Haiti faces an increasing amount of global commercial music and culture.

Rounding off this final wave of artists is Malawian one-man-band Gasper Nali. Gasper is a Kwela roots musician from the small town of Nkhata Bay on the shores of Lake Malawi. Playing a one-string, homemade, 3-metre-long Babatoni bass guitar with a stick and an empty beer bottle, together with a cow skin kick drum, he creates dance-inducing Afro Beats.

Africa Oyé’s Artistic Director said of the final set of artists: “These three artists really represent the diversity of the festival line-up that we strive for each year. We’ve got a breaking female reggae star, a one-man-band with instruments he’s crafted himself and an international award winning star returning to our stage; artists representing Africa, the Caribbean and the wider diaspora – it’s a perfect final wave of live acts for this year’s festival and I can’t wait for everyone to see them perform.”

As well as the international offering of live music on the main stage, festivalgoers will also be able to eat and drink their way around the world with a range of food vendors and traders’ wares on offer in the Oyé Village.

Entrance is FREE and a ticket is not needed.

Wesley Louissaint, better known as Wesli, was born on September 6, 1980 in Port-au-Prince, Haiti. The Canada-based award-winning Haitian guitarist and singer aims to give a new mainstream life to rhythms and instruments that he says have been neglected as Haiti faces an increasing amount of global commercial music and culture.

He weaves contemporary messages into traditional forms and keeps a wide range of roots percussion at the heart of his songs. “Each Haitian roots rhythm reflects different situations and requires different drums and instruments” Wesli explains. “One unique thing we do in all these genres is dance! We dance to everything in Haiti.”

Wesli also supports aspiring young Haitian musicians from at-risk backgrounds via a school he opened in Port-au-Prince in 2014. 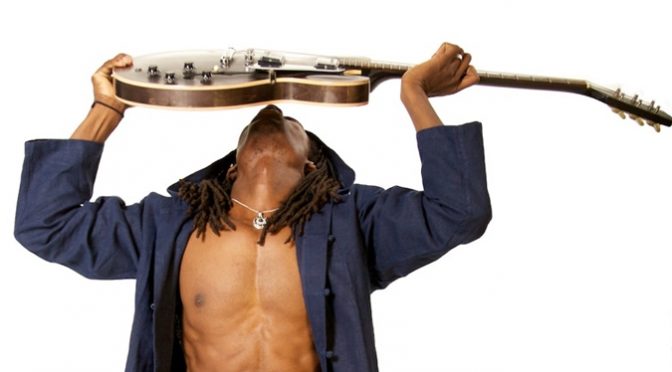 Haitian-Canadian artist Wesli is the winner of the 2019 Juno Award (Canada’s top music award) in the World Music Album of the Year category, for his impressive 21-song album Rapadou Kreyol. The album focal point is keeping the Haitian traditional music and instrumentation alive and well.

“I have two hearts,” said Wesli. “One is in Haiti, and the other is here in Canada, my chosen second homeland. Every time I do a new project, I have to approach it in two ways, one specifically dedicated to Haiti and our roots and culture, and another one dedicated to the welcome society that I am living in and that I’m grateful to.”

Upon receiving the award, an overjoyed Wesli said, “I really didn’t think I’d win, because everyone in the category [some of whom he’d worked with before over the years like Boogat and Cuban artist Telmary] are all so great, but I’m so thankful and grateful that I can represent Haitian artists in this way.” He’d been nominated once before, in 2007, as album Producer for Senaya, his band at the time, but this is his first win for his own music.

Named for rapadou, the tasty bamboo-wrapped fermented sugarcane often added to coffee, “This album is designed to revive our beautiful rhythms like Petro, Congo, Rada, Nago, Rara, the troubadour and voodoo rhythms, and our music in Yoruba language. These styles have almost no support from the mainstream media to keep them alive in the commercial society that we are living in,” Wesli notes. “Haitian music is the African Bible of the Caribbean. Our traditional percussionists know all the old ways and keep them. We can’t afford to lose them now. I have decided to do this roots revival album to remind us of who we are, where we are coming from, and what unites us.”

Each of the tracks is a different Haitian genre, like Congo and Daomé to represent joy, Nago and Djouba to represent contemplation and sadness. Each Haitian roots rhythm reflects different situations and requires different drums and instruments. Wesli adds, “One unique thing we do in all these genres is dance! We dance to everything in Haiti.“