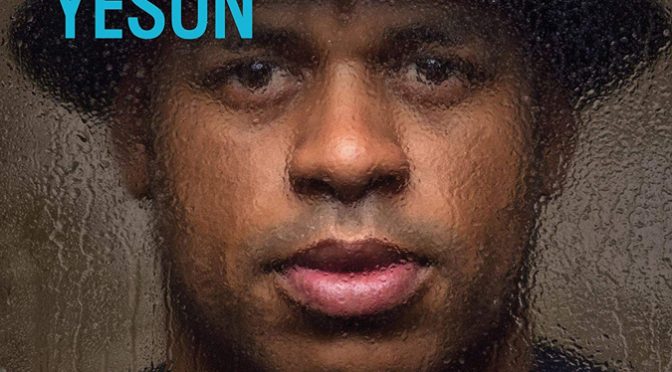 Innovative Cuban musician and composer Roberto Fonseca has a new album titled Yesun. It is a project where he brings together a wide range of musical influences, such as Cuban traditions, jazz, classical music, funk, reggaeton and electronic music. Fonseca also used various keyboards aside from piano, including synthesizers. Roberto Fonseca talked to World Music Central about Yesun and his career.

How and when did you start working professionally in the music world?

I started at age 15 at jazz festivals and jazz clubs in Havana.

What do you think are the fundamental elements of your musical style?

How has your musical expression evolved over the years?

Thanks to the diverse influences, I have followed the philosophy of “Express more with less notes” and this has made me enter into very special sound dimensions.

Tell us a little about Yesun.

Yesun is an album that reflects my influences, my way of thinking. There are many real stories inside and it has a great emotional charge. They have a great strength of hope and sensitivity and is the result of a hard work of several years that has been simmering and I have surrounded myself with great professionals, both musicians, singers, technical team and production.

It is a very broad project that not only stays in music since we have also worked in the visual parts, and I do not only refer to video clips (shortly we will release the second single / video clip of the song Cadenas (featuring Danay Suarez) but also the production of live videos. Each song has a visual that expresses the feeling of the song, this can be seen in my concerts; similarly, we have created a poster designed exclusively for each venue (something totally unique) and the Tour apparel has been designed for us by a great designer from Barcelona called Josep Abril.

Returning to the album, it is a work in which I combine different genres and incorporate more types of keyboards. I try to show that most modern Cuba through jazz.

Yesun’s songs have been recorded in several different countries: France, Spain, Brazil, the United States. Why did you use several recording studios and is there a difference between the material according to the studio and country?

Most of the album was recorded in Paris, in Meudon’s studio (with Julien Besséres) the material they have is magnificent and there is a very familiar atmosphere that allows creativity to have incredible freedom and spontaneity.

The guests have recorded in their countries of residence. Today, thanks to technology, it is easier to make this type of collaboration without having to make a complicated trip and I also consider it very important that each person who brings their color and sound feel comfortable where they are, I think you can give a very positive sense to the contribution of your culture on the disc.

In your album Yesun you play several types of keyboards. How do you decide which instrument you will use in each theme? Which one do you like the most?

Indeed, it is just what I said earlier about the incorporation of new keyboards, it really depends on the sound of each instrument and according to the spirit of the track I choose one or the other. For example I love the sound diversity of the Moogs.

In addition to playing keyboards, you also sing without lyrics, a style similar to what Pedro Aznar did with Pat Metheny. What are your influences on the vocal side and do you plan to record your voice more?

Actually, my biggest influence in this vocal aspect is my mother Meredes Cortes, although I also have a lot of influence from Abbey Lincon and to name other great ones that I admire would say Camarón de la Isla, Freddy Mercury, Ibrahim Ferrer, Omara Portuondo…

Do you give classes or workshops?

There was a time that I taught jazz and traditional Cuban music, but for a few years now I am 100% dedicated to my career.

Where do you live now?

If you could bring together the musicians or groups that fascinate you most to record a record or collaborate live, who would you call?

What other projects are working on?

One with symphony orchestra, soundsystem, with Joe Claussell.