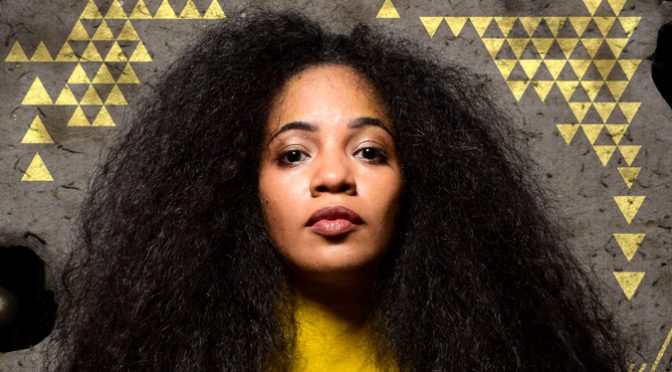 Voy is the third album by the multifaceted Eme Alfonso. She is one of the most extraordinary young artists in Cuba. She’s a singer-songwriter and composer that grew up in one of the most influential music families in Cuba. Her parents founded Síntesis, a highly innovative band that started as progressive rock band that brought together classic English progressive rock and Cuban music. Síntesis evolved into a formidable group that mixed Afro-Cuban music and jazz-rock and Eme grew up listening to this band and later joined it as a very young singer and keyboardist.

Eme has been involved in the celebration of the Cuban melting pot, a cultural diversity project called “Para Mestizar, where she celebrates Cuba’s African and Spanish roots and other influences.

Voy was recorded in Havana (Cuba) and Sao Paulo (Brazil). The recording includes some of the finest musicians in the Cuban music scene and a superb Brazilian percussionist.

Masterfully-crafted and elegant, Voy showcases the talent of a groundbreaking artist that incorporates roots music which is not nostalgic, and looks forward, creating an edgy sound that injects captivating Afro-Cuban and Afro-Brazilian percussion, rock, soul, jazz and European music elements.

Eme Alfonso writes beautiful, charming poetic songs that hook you in. Her exceptionally expressive vocals are primarily in Spanish although she also adds Yoruba chants with choruses provided by her parents, who are regarded are the best chorus singers in Cuba.