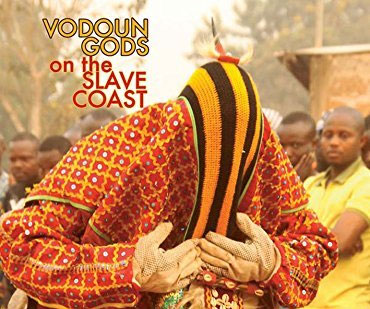 Vodoun Gods on the Slave Coast (Sublime Frequencies SF089, 2014) is a documentary film by Hisham Mayet. The movie was shot in January 2011 during Benin’s vivid annual vodun festivities. The celebrations include sacred dance and ceremonies. Benin is the birthplace of vodun (also known as vodoun or voodoo), an ancient religion that was transported to the Americas by Portuguese and Dutch slave traders.

The vodun celebrations captured in this film include ecstatic musical performances and spectacular colorful costumes representing the cult of Sakpata, Egoun-goun, and the Zangbeto.

The DVD contains a 12-page booklet with large color photos from several vodun ceremonies in Benin.

Vodoun Gods on the Slave Coast is a fascinating document about an ancient religion that has influenced various Afro-American cultures.