Chris Thile will conclude his season-long Debs Composer’s Chair residency at Carnegie Hall on Wednesday, May 8, 2019. The special one-night-only performance at Stern Auditorium / Perelman Stage, includes his celebrated acoustic groups Nickel Creek and Punch Brothers on the same bill for the first time.

Nickel Creek was one of the hottest acts on the acoustic circuit in the early 2000s. They toured with Lyle Lovett, backed Dolly Parton and had two hit videos on CMT.

The band members met through music when their parents took them to hear the Southern California band Bluegrass Etc. at their regular weekly show at the local pizza place.

Nickel Creek formed with Chris’s father bassist Scott Thile when a bluegrass promoter thought it would be cute to have a kid’s band which resulted in the group touring festivals for a decade. Scott Thile left the group and sent the young adults on their way when the debut album hit the streets.

As individual musicians they were always discovering new ways to hone their craft. “Musically this band never stays the same ” said Thile. “We love to grow. There are moments on stage where I look over and think ‘This is why I’ve been in this band since I was eight’… It’s so comfortable and yet we’re all focused on bettering ourselves on a solo level. Sean and I are writing and pushing each other to come up with better stuff.” Sean and Chris were the primary composers and writers for the group.

Nickel Creek disbanded in 2007, but returned in 2014 with a new album and 25th anniversary tour.

Groundbreaking contemporary bluegrass music trio Nickel Creek is reuniting again for the first time since its 2007 self-described “indefinite hiatus.” The United States tour will take place this spring and summer, with concerts in Nashville, New York, Boston, Washington, Chicago, and Oakland, as well as at the Telluride Bluegrass Festival. The lineup includes Chris Thile on mandolin and vocals; Sara Watkins on fiddle and vocals; and Sean Watkins on guitar and vocals. 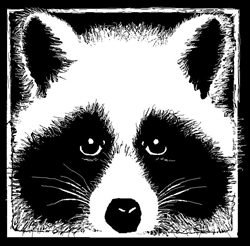