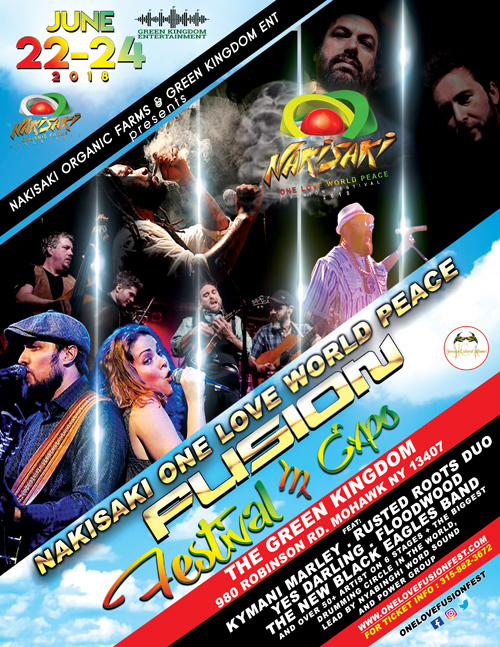 The Inaugural One Love World Peace Fusion Festival & Expo will take place June 22-24th at the historical, lush grounds of the Gelston Castle Estate in Mohawk, New York. The new three-day event will feature music and art. The festival is presented by Nakisaki Organic Farms and The Green Kingdom.

The three-day event will host the world’s largest known drumming circle, led by Nyabinghi Word Sound and Power Drummers, which will stream, along with mainstage performances at no charge on JamRoc.TV. The drumming circle is inspired for a “Drum for World Peace” movement.

The event will also host a One Love World Peace Bob Marley Tribute, led and performed by the son of Bob Marley, Ky-Mani Marley.

The grounds is centrally located in Central New York’s Village of Mohawk, 81 miles West of Albany and 66 miles East of Syracuse.