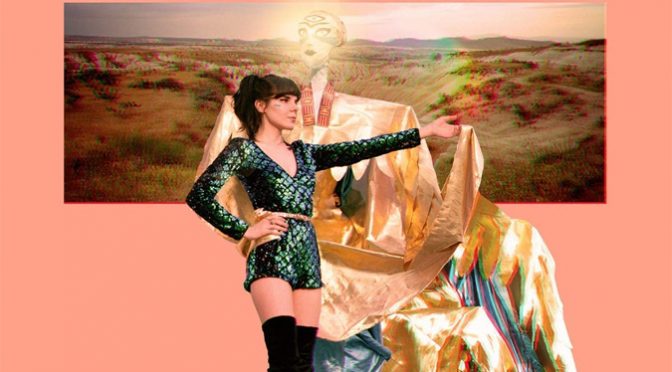 For the most part we humans like knowing what to expect. We prefer the predictable. We like the safe. We want what we want when we want it. That’s an impossible order when faced with the veritable avalanche of world music out there. I have to admit that I occasionally feel like the well-meaning parent standing with hands on hips over the obstinate child facing an unknown vegetable asking, “How do you know you won’t like it? Have you tried it?”

To brag a bit, I think that the standard World Music Central follower is smarter than the average bear. We have followers who want to know when their favorite Cuban is coming to town, or what’s the latest in music from Mali, or perhaps visit to learn a bit about the heavy hitters in Indian classical music. Unfortunately, that doesn’t stop my incessant need to get you readers to try something new and exciting. It’s a good thing I don’t know where you live because I’m fairly certain I would be sitting on your bed in the middle of the night shoving a set of headphones at you and forcing you to listen to track 4 because it’s amazing.

Well, here we are again. So, be good, open wide and take a sip of Turkey’s singer, songwriter, producer and audio/visual conceptionalist Gaye Su Akyol’s Istikrarli Hayal Hakikattir. You’ll like it.

Translated the title Istikrarli Hayal Hakikattir means Consistent Fantasy is Reality. Ms. Su Akyol says of the recording, “In terms of its philosophy, lyrics, music and motto, this album is the dream of pure freedom, of showing the courage to be yourself, of looking at the culture I was born into without alienation, a ‘dreaming practice’ propounded into a country and world that is increasingly turning inward and becoming a concervatized prison.”

Ms. Su Akyol explains, “Musically the album combines influences from the Anatolian pop/Anatolian rock genre that emerged in Turkey during the ‘60s and the ‘70s with Turkish classical music scales and vocal aesthetics, and various subgenres of rock (psychedelic, post-punk, surf) bringing together strong ballads, Turkish folk tunes, the conventional guitar-bass-drums trio with percussion, joined by violin, oud, cumbush, and – as new additions that the previous albums did not have – baglama (Turkish native instrument), all together making up a very rich instrumental palette.”

Opening with some electronica “İstikrarlı Hayal Hakikattir” takes on weight with Ms. Su Akyol’s vocals, throaty guitar lines and satisfying bass and percussion. It comes across as a fresh take on the Turkish brand of rock, replete with male vocals to round out the sound.

If you don’t simply fall for Ms. Su Akyol’s right out on the sultry “Bağrımızda Taş,” there’s plenty to wrap your musical soul around like ramped up surf feel of “Laziko” or the subterranean goodness of “Gölgenle Bir Başıma” or the brass, electronica and guitar laced gritty powerhouse “Meftunum Sana.”

Try Istikrarli Hayal Hakikattir, you’ll like it. Don’t make me come to your house.