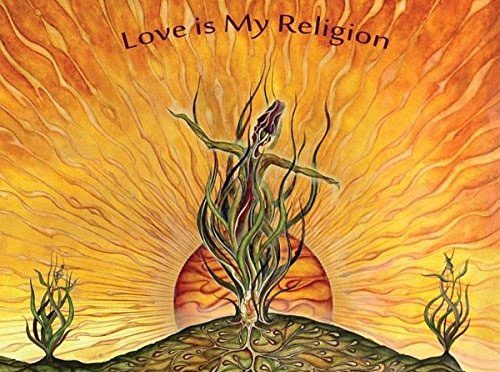 Love Is My Religion out on the Alif Records label, the latest offering by Turkish composer and multi-instrumentalist Omar Faruk Tekbilek is stylishly dramatic and sleekly passionate and a worthy addition to Mr. Tekbilek’s impressive discography that includes the recordings The Sultans Middle Eastern Band Vol 1 and 2, Suleyman the Magnificent, Beyond the Sky, Whirling, Mystical Gardens, Alif, and Kelebek. Pulling at threads from the past and present, from the traditional and contemporary, Love Is My Religion cleverly weaves a spell that is both beguiling and deliciously exotic.

Opening with “Araf,” listeners delve deep into the warm riches of Mr. Tekbilek’s mastery of ney, oud, davul, bendir and darbuka, as well as the flavors offered up by accompanying artists Alex Alessandroni Jr. on piano, Bahadir Sener on kanun, Yossi Fine on acoustic bss and Chris Wabich on drums. If that weren’t enough to tempt listeners “Vivir” is utterly spectacular with the song’s composer and vocalist Yasmin Levy taking center stage with her heartbreaking vocals. Joined by Mr. Tekbilek on vocals and various instruments, keyboardist and guitarist Amotz Plessner and Hamid Saeidi on santour, “Vivir” shimmers.

Love Is My Religion adds icing to the cake with Ismet Siral’s “Barefoot Dervish” in all its piano, synthesizer, brass and woodwind goodness, as well as A. Ekber Cicek’s “Haydar” and the delicately delightful “Mara” composed by Amotz Plessner, Alex Alessandroni Jr. and Idan Raiche who also his own piano work to the recording, but the real outstanding performance on this track has to be Lili Haydn’s spectacular violin lines. Standout tracks like deeply exotic “Memories,” the jazzy slant found on “Steepe” and closing track “Adam, Love Is My Religion & Tende Canim,” composed by Mr. Tekbilek and using a traditional Sufi melody are sure to please any music fan.

The performances on Love Is My Religion aren’t just impeccable there’s hypnotic, graceful and fiercely good, so my only advice is to listen up, load up and disappearing into some delicious music.

Buy Love is My Religion in Europe

Buy Love Is My Religion in the rest of the world