Luis Fernández Salazar (better known as Lucky Losada) is the son of flamenco guitarist Tito Losada, the artist who has contributed the most to Lucky’s musical career. Tito gave Lucky guitar lessons starting at the age of 11. However, Lucky chose percussion from a young age, identifying himself very soon with the flamenco cajón.

Lucky has accompanied important flamenco artists such as Antonio Canales, Merche Esmeralda, Duquende, Guadiana, Pepe Luis Carmona and Diego ‘El Cigala’. He has been Tomatito’s percussionist for several years. In addition, he regally participates in his father’s shows.

He produced the albums “Sembrando inquietudes” by Ramón Jiménez and “Misa flamenca” by Tito Losada. respectively.

Antonio Losada is the youngest son of flamenco guitarist Tito Losada. Since childhood, he collaborated as a dancer in numerous shows (at only 4 years old he recorded a CD with his group Adali).

Years later, Antonio quit singing and chose the flamenco cajón instead. He is a skilled percussionist and regularly performs with his bother Lucky Losada.

He has toured with various artists such as Antonio Canales, Lola Greco and Cecilia Gómez. He also performs frequently with his father. 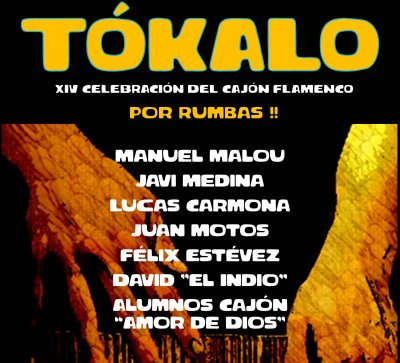 Flamenco percussionists and students will celebrate the cajón with Tókalo, on December 22 at the Galileo Galilei venue in Madrid.

The cajón flamenco is a Spanish variation of the Peruvian cajón originally introduced into flamenco by Paco de Lucia’s percussionist, Rubem Dantas. 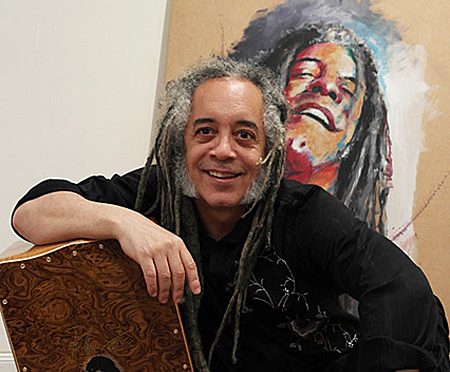 Innovative Granada-based Brazilian percussionist Rubem Dantas is set to perform in Seville, Spain as part of his Cajon Tour. The concert will take place Tuesday, May 9th at Teatro Central. Acclaimed singer La Susi will appear as guest artist.

Rubem Dantas introduced the Peruvian cajón to flamenco nearly 40 years ago, as part of Paco de Lucía’s band. Since then, the cajón has become a regular instrument in most flamenco ensembles.

Tickets available from www.elcorteingles.es and 902400222

Percussionist Ángel Sánchez González, a.k.a. Cepillo, has become one of the essential accompanists of today’s best flamenco musicians and shows. He was born in Sanlúcar de Barrameda (Cadiz province, Spain). Since his early years, he played his rhythms with flamenco, rock, jazz fusion and Brazilian musicians and groups.

Cepillo has had a long career, performing throughout Spain and appearing in some of the best venues and festivals in Spain and abroad.