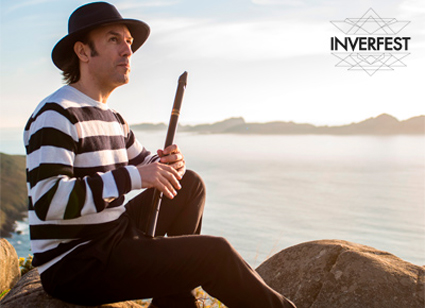 additionally, the festival will feature a series of improvisations and master classes led by Mercedes Ruiz, Javier Barón, Juana Amaya and Olga Pericet, as well as a dialogue and illustrated lecture titled ‘How New York Snatched from Paris the Modern Idea of Flamenco.’ 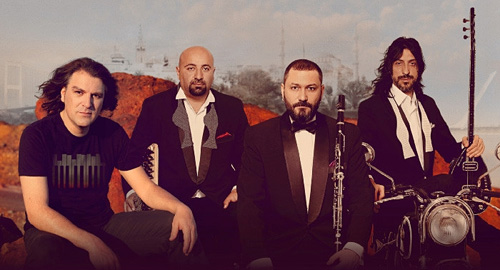 Flamenco guitar maestro Vicente Amigo will open the 12th edition of the Suma Flamenca festival on May 1 at the Teatro Real in Madrid. Suma Flamenca (Flamenco summit) is one of the leading flamenco festivals in Spain. The main bulk of the concerts will take place June 6-25 at 26 different stages throughout the Madrid region.

Vicente Amigo was recently awarded the prestigious Gold Medal for Merit in Fine Arts, bestowed by Spain’s Ministry of Culture. 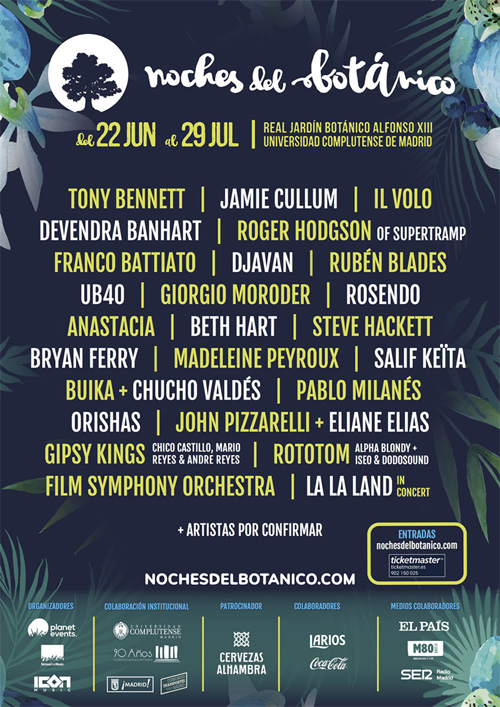 Noches Del Botánico (Nights at the Botanical), Madrid’s increasingly popular summer venue, has announced the impressive lineup for the 2017 edition. The series will run from June 22 to July 29 at the Alfonso XIII Royal Botanical Garden in Madrid’s Complutense University. 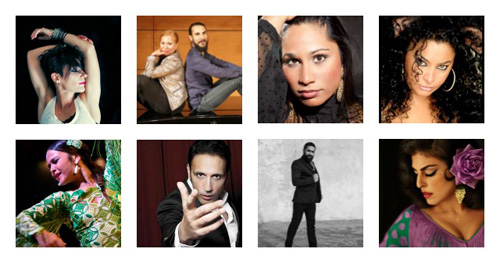 The SGAE Foundation will present a new edition of its much-admired Flamencos and Mestizos series March 9-12, 2017 at Sala Berlanga in Madrid.

Flamencos and mestizos will open on Thursday, March 9th with two shows that defy tradition. First, with the heterogeneous style of La Shica, which will present a form of flamenco fused with alternative genres such as punk, rock or funk. She will be joined by the young bailaora (dancer) Macarena Ramírez, whose wild performances steer away from orthodoxy.

On March 10, the Berlanga Hall will host Pablo Rubén Maldonado (piano) & La Susi (vocals). They play flamenco that rather than fusion is evolution. The double bill will also feature Enrique Heredia ‘Negri’, one of the finest vocalists of new flamenco.

Vocalist Genara Cortés and dancer Leilah Broukhim will present the final performance of the current edition of the Flamencos and Mestizos series on Sunday, March 12 with a show that demonstrates that flamenco does not recognize borders.

Flamencos and mestizos is a showcase series created to provide a window to emerging artists who straddle the border between deep flamenco and mestizo flamenco through music and dance. This is the fifth installment of this series started in 2015, directed by producer, composer and singer Paco Ortega. 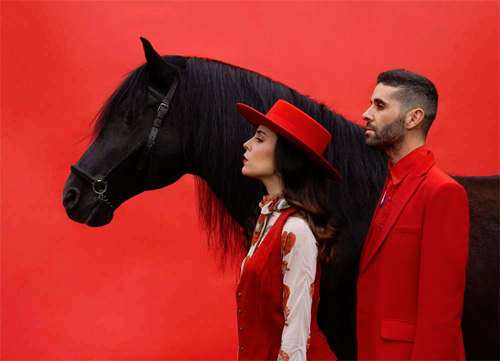 Inverfest, the music festival with which the Teatro Circo Price welcomes the New Year, will present its third consecutive edition in 2017. It is a musical proposal for the whole family in Madrid.

Over three weeks, from January 12 to 29, 2017, the Circo Price Theater will present a selection of artists from the Spanish and international music scene. The program will offer musical diversity, including world music, pop, indie rock, flamenco, singer songwriters and even classical music.

Friday, January 13th
Piper and multi-instrumentalist Carlos Núñez will celebrate the 20 years of A Irmandade das Estrelas (The Brotherhood of the Stars).

Thursday, January 26
Flamenco singer Carmen Linares will present her new album, Verso a verso, which will go on sale in early January.

Saturday, January 28
The Portuguese band The Gift will go to Madrid with a sound that moves between pop rock and electronics using elegant arrangements.

For the entire family

In this third edition of the festival there is an increase in the offer of family shows with Inverfest New Rockers, five concerts for the whole family in which the youngest can enjoy a varied offer of quality music by artists of recognized prestige in the Spanish scene.

Sunday, January 22
Muchachito, accompanied by the live painting of Santos de Veracruz, presents a raw show for the senses.

Sunday, January 29
morning show:
Chumi Chuma will transport the whole audience to another dimension, that of childhood with the presentation of his new book-disk, Baila sin parar.

Evening show:
Furious Monkey House , a band formed by five kids between 12 and 14 years old, will close the festival with its repertoire of pop and rock with 90’s influences.

All information and tickets on sale at: www.inverfest.com

The concerts will take place July 1 through July 30 in the Patio Central at the historical Cuartel del Conde Duque palace.

The complete program, including dates, schedules and ticket prices can be seen at: Conde Duque.