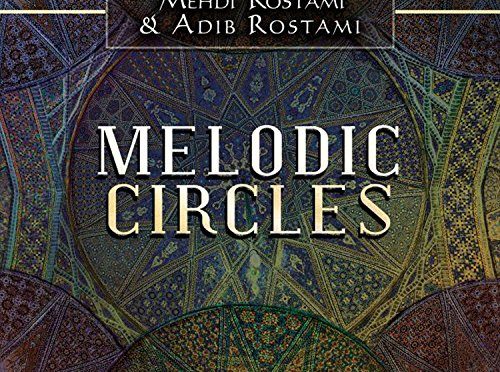 It is often said of traditional Iranian music, “One man’s Mede is another man’s Persian.” Perhaps too often, but the nation does have a venerable and relatively pure musical history, absorbing less from neighbor states than most countries, because Iranian musicians have, for many centuries, “been caught between Iraq and a hard place.” To summarize the foundational system of Iranian classical music more dryly, it is but a few steps from Pythagorean musical theory through medieval thinkers such as Avicenna and Safi al-Din al-Urmawi al-Baghdadi to the compositions on this release.

An important factor here is that Iranian music reached out to the world and offered scientific, modal patterning to other nations before most modern nations existed. Given today’s headlines, we do ourselves and the world a favor by being receptive to a cultural gift that is neither part of nor party to them. This is music.

Strings predominate. Percussion is obviously expert and mandatory on these seven pieces, but it is placed, muted, in the background as a de-empathized frame to jaw-droppingly skillful and expressive frontline string work.

Press materials extrapolate “Melodic Circles” as “melodic circles of suspense, interest and mystique.” They are accurate. There is something going on in each track, and that something is a story, with beginning, middle and end. Conceptually, the record comprises two “circles;” two distinct sets of related ambient anecdotes.

Album artists (brothers) Mehdi and Adib Rostami are active and renowned players on the live London scene today, continuing in the sharing that is so integral to their chosen form. Their sound is easy to Youtube search. In “Melodic Circles,” they have created a solid, intriguing release, well-named and important.

One thought on “Urban Classical Music From Iran”