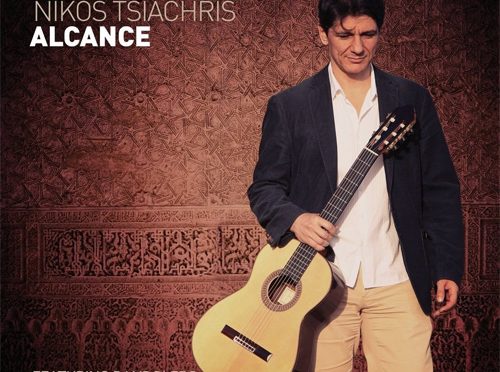 The Spanish influence is clearly evident and it’s no wonder since Nikos Tsiachris invited Spain’s famed flamenco percussionist Bandolero (José Manuel Ruíz Motos). The Madrid-born Bandolero is one of the finest flamenco percussionists and has played with some flamenco’s biggest stars. He plays cajón and palmas (flamenco handclap percussion) and adds jaleos (shouts of encouragement) as well.
Alcance, nevertheless, is not a traditional album. Tsiachris surprises the listener with a brief injection of electric guitar on the opening track “Alcance”, a Middle Eastern trumpet introduction on “Lobna” and flamenco-jazz on “Baracoa.”