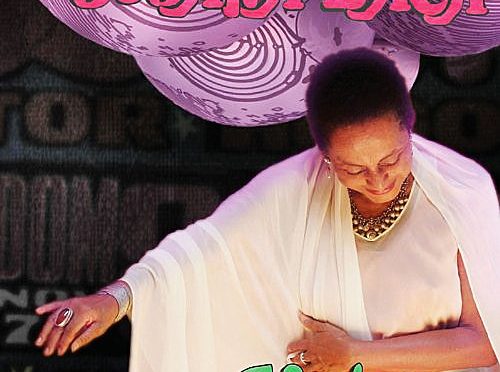 Peruvian singer Susana Baca’s songs first and foremost exist to feature a voice: Susana Baca’s. Hers is a phenomenal voice, so the purpose of her songs are beauty, as much as it is to highlight Baca.

What’s more is that Baca’s songs are poetic songs in traditional shapes: producing a Baca song is producing poetry and an enunciation of what Bourgeois liberal living obscures. If to produce a Baca song is to produce Baca singing an empathetic rendition of years of cultural history, then to do so well is capture a voice, its empathy, and also years of cultural history in a single song. It’s what her music promises.

Is all of what we’ve just discussed accomplished?

Baca’s album Afrodiaspora features songs that are majestic, poetic, and empathetic. Baca lets the instruments perform confidently enough to not pander to them. We hear her assure that every part of her singing is heard clearly. The song “Afrodiaspora” is a great example of this. When she sings, she takes the spotlight. When she is not singing, it is as if the song was an instrumental song.

“Yana Runa” is another example of this. She plunges into her song with her timbre and enunciation, grabbing the spotlight from already lyrical instruments. It came with experience. Her singing on album Lamento Negro is much less poignant and panders much more to the music, especially to strings.

The length of the songs are all radio length but their tempos do not adhere to radio. They are not produced for short attention spans and are richly lyrical, always songs that one can imagine can fill up a room if one gives her song a chance against mass-culture.

Baca’s are songs of confidence, sung at a time when artistic confidence has been plundered by commerce.