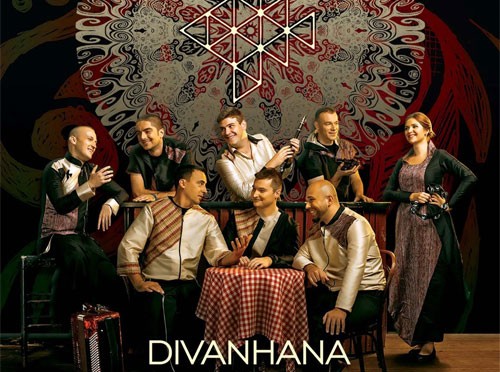 As a 2012 participant in the 12 Points Jazz Festival in Porto, Portugal and at the World Music Expo in Thessaloniki, Greece and with the 2013 release of Biljeske Iz Sestice on the Multimedia Music label, the fiery rich Bosnian fusion group Divanhana is back. This time on the ARC Music label, Divanhana wows listeners with Zukva, set for release on January 29th.

Melding influences of pop, jazz and even classical to the Bosnia’s sevdah or sevdalinka musical traditions, similar to the Portuguese fado, Divanhana pushes through the traditions and discovers a blend that’s fresh and deliciously flirty.

Formed in 2009 as students at Sarajevo’s Music Academy, Divanhana flashes brilliant on Zukva with straight forward musical expertise, but tracks like the lushly worked “Ciganka Sam Mala,” and brightly breezy “Zasto Si Me Majko Rodila” are proof that Divanhana is as expressively incendiary as it is talented.
Other delightful little goodies on Zukva include the sultry vocal studded “Otako Je Banja Luka Postala,” the lushly jazzy “Sejdefu Majka Budase,” along with “Zapjevala Sojka Ptica” and the irrepressibly catchy “Pijanica, Bekrija.”

Cleverly sassy and passionately expressive, Zukva blazes a new path for Bosnia’s music scene that is a delightfully incandescent introduction to Divanhana and the new music of Bosnia-Herzegovina.