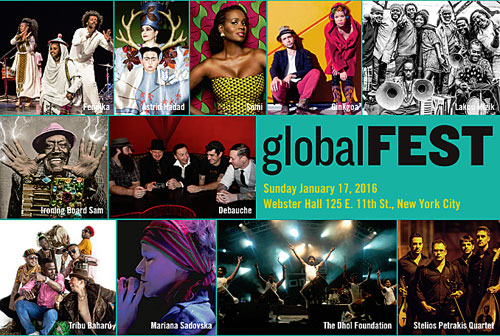 globalFEST, the most influential world music showcase in the United States, announced this week the names of the artists set to perform in 2016 at Webster Hall in New York City.

The annual event will take place on Sunday, January 17, 2016. The official lineup includes:

Editor’s note: Simon Shaheen’s Zafir will be replacing Ironing Board Sam, who cannot perform due to heath concerns.

Additionally, Music Maker Blues Revue has been added to the lineup.