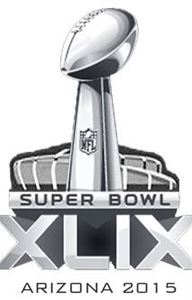 The lights in the edit suite are dimmed, and extra chairs brought in to accommodate client and staffers in the big screening room on the 2nd floor of the post house. Nearly half a million bucks was poured into the commercial about to play for a major sporting goods/sportswear company, and the key players are all on hand for the first showing… This isn’t just any old TV commercial… This spot is one of the elite productions that will run at half-time in the NFL Super Bowl, with an estimated audience of 120 million people spread over some 200 countries and territories.

Considering the price tag for the commercial, and the cost of purchasing thirty seconds of prime commercial time on Super Bowl Sunday, the client is leaving nothing to chance. If half a million bucks sounds like a lot of money (it is) to produce a commercial, how does four million dollars to buy the :30 of time to run the spot in sound?. That’s right, four million dollars was the going rate for thirty seconds in last year’s Super Bowl. This year that price might be a bargain.

I’ll get to the music shortly, but it’s important to understand the stakes involved. On a yearly basis, the NFL’s Super Bowl is the single most-watched sporting event on the planet. The fortunes of large companies employing thousands worldwide can be impacted, and the roll-out of new products in flashy and clever new commercials has become a staple of Super Bowl entertainment lore…So much is riding on the performance of these adverts, that very little is left to chance. It’s without question a stage for the year’s best commercials, not to mention multimillion dollar advertising budgets for the agencies involved and the post houses where they work – all hanging in the balance. ALL relying on the effectiveness and entertainment value of a half-minute of audio and video that’s about to appear on the oversized monitor in front of us…

If you’re one of the creative contributors to an effort of this scale, before the “play” button is pushed, second-thoughts about the choices made in creating the spot inevitably creep in. The lights, cameras, talent, scripts, and for those responsible for music and sound in the piece, you’ve gone over detailed checklists endlessly, making sure all bases are covered.

While much has been written about what music in commercials should accomplish, it’s clear that there are at least three things it should always do:

So what kind of music is best-suited to reach millions of people across the globe, coming from potentially very different backgrounds, cultures, and tastes? What better music to reach the people of the world – than with the music of the world? Answer: World Music!

In fact, world music of some sort was the only style given strong consideration from the beginning. When the spot is beamed onto screens in half the worlds’ civilized nations, the music driving that program must at the very least convey a “familiarity” among viewers. And so instrumentation, melodies and music beds are all carefully considered. What plays well in Los Angeles and New York, must play at least as well in Tokyo and Copenhagen, Sao Paulo and Manila. If you’re the lucky one tasked to supply such music, where would you begin?

A logical place to start are the commercial music charts. Though rare, every year there are a handful of songs which take the world by storm, and more often than not, that music is not pop music made in the USA. In fact, over the last decade or so we’ve seen the rise of Kpop and Mandopop, as both Psy’s “Gangnam Style” and Jay Chou’s “Fireworks Cool Easily” sold more than DOUBLE their nearest American competitors in terms of singles sales. So it makes sense to check those charts, and listen to the songs which have already proven themselves on a world stage. Songs by Shakira and Ricky Martin have swept across both satellite and terrestrial media with a quickness as well, racing through Latin countries before dominating the charts in all manner of nationality.

Our commercial will have a considerable amount of information to squeeze into the 30 seconds allotted, and both the director and client also want a certain measure of “eye candy” featuring product. A reasonable request given this rare opportunity for exposure. I’m not allowed to mention either the company or the source of music used for our uber-spot debuting in this year’s Super Bowl XLIX, technically played “next” year on February 1 in Phoenix, Arizona. I can tell you that it’s a prime example of world music, and that you will be entertained!

If you’ve ever found yourself in the “music hot seat” – or if your job routinely places you in that position – you’ll want to familiarize yourself with world music. Technically, world music is any music indigenous to a particular country or culture. But it’s more practical for readers of this piece to describe world music from our perspective in the United States, as non-Western music, or music which we’re mostly not familiar with.

Creative directors can take some comfort from knowing that other large, high-profile companies have had major success with the adverts produced which used world music in the sound track:

The late Israel Kamakawiwo’s unforgettable Hawaiian folk rendition of Somewhere Over The Rainbow has been used in countless ad campaigns, while the indigenous Ami people of Taiwan were unknowingly recorded singing traditional songs by the “band” Enigma, and subsequently utilized in their worldwide smash, “Return To Innocence” – used in a variety of film and TV offerings as well.

Nike has used “Mas Que Nada” by Jorge Ben in World Cup spots, and Mazda’s familiar “zoom-zoom-zoom” commercials are actually derived from a Brazilian martial arts song, “Capoeira Mata Um”. The list goes on and on and on, and what we’re seeing is readily available art and music in a world made “smaller” by the advent of internet technologies. Indeed, your typical American teenager has as much access to recordings made by the Topoke people of the Congo as they do the latest U2 album! OK, maybe not quite that accessible considering iTunes gave U2’s last album away for FREE, but you get the idea…

Now all the world is a radio station, and all its music available to anyone with an internet connection. So where to find your latest and greatest world music fix? I’ve listed a few of the more prominent internet sites which place world music at the tops of their agenda.

And if you use music in your work, then two important sites must be on your short list: First is Amazing World Music. Dave Yowell and partner Matthew Ellis’ uber-high-quality site which features premiere world music produced by independent composers and artists from across the globe. One can peruse thousands of choices and for a modest fee license this music for your own application, be it commercial or private.

Another excellent selection for world music licensing can be found in Sonoton Music’s “SAS” series (Sonoton Authentic Series) – it’s sort of like the “Folkways” label of the music production library world, with a premium placed on authenticity and field recordings which capture original and authentic performances, often in their own element. Gerhard and Heidi Narholz (founders and owners of Sonoton) have traveled the world – tape recorder in hand – as both are big fans of the genre.

Both Amazing World Music and SAS feature wide selections and very high quality recordings, as well as a variety of sub-genres and sub-styles within the “world music” families. CPM, formerly Carlin Music, has an excellent selection of world music styles cataloged over some 30 years of studio and field work. And not to be missed are both 5Alarm Music and Warner Chappell’s extensive collections of this rapidly growing style – associated with the hip & en vogue than ever before.

For the world music listener and enthusiast, Six Degrees Records has simply the finest and most versatile roster of world music recording artists on Earth. Founders Bob Duskis and Pat Berry broke from successful A&R positions at Windham Hill to start what has become the single most identifiable record label in the world music sector.

As our ever-shrinking connected world serves up its secret sounds and cultures, artists and musicians from what not long ago were considered “third world”, are now available with the click of a mouse. Those who benefit the most are you and I. The fans and followers of music created across oceans and deserts, in sub-Saharan Africa and the vast Amazon river basin and rain forests of Brazil and South America, across the great barrier reefs of Australia and the South China Sea… The next world music “hit” may be uploaded tonite on a remote desert island…will you be listening?

Dean H. Anderson is a composer and editor for the company he founded, music & pictures. He has composed several themes for HBO, as well as provided music for television shows like “Law & Order”, “The Office” and “The Walking Dead”. Anderson is also an award-winning AVID editor who has cut music videos for Nine Inch Nails, The Ministry, Public Enemy, and Soundgarden to name a few.