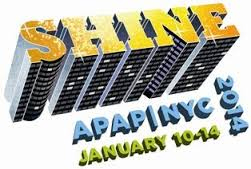 The 2014 Association of Performing Arts Presenters conference (APAP) will hold two pre-conference day long sessions focused on the trends, challenges and business in the fields of world music and jazz. The pre-conferences will take place Thursday, January 9 and Friday, January 10 at the New York Hilton Midtown.

The World Music Pre-Conference includes speakers from the National Endowment for the Arts, the New York Times, Pandora, Kronos Quartet and Indiegogo.

The Jazz Connect Conference, organized by JazzTimes in conjunction with the Jazz Forward Coalition, will feature Ben Cameron, program director for the arts at the Doris Duke Charitable Foundation, as the keynote speaker at 12:30 pm, Thursday, January 9.

“APAP has long supported the efforts of pre-conference convenings such as the Under the Radar Theater Festival, and we are delighted to support the organizers of Jazz Connect, World Music and their missions during our conference,” says APAP President and CEO Mario Garcia Durham. “The presence of Ben Cameron at Jazz Connect is an exciting and powerful way to show how the different genres share the same values and needs. And our world music partnership is a way to highlight our commitment to the international reach of our field. This year we’ve intentionally collaborated among organizers of nine performing arts events held in January in New York City that together bring 45,000 arts professionals and enthusiasts to this incredible collection of forums held around the time of the APAP conference.”

The Association of Performing Arts Presenters (APAP) is the gathering of more than 3500 performing arts professionals, and its annual membership conference, at APAP|NYC 2014 in New York City, January 10-14, 2014 at the New York Hilton Midtown and Sheraton New York Times Square.